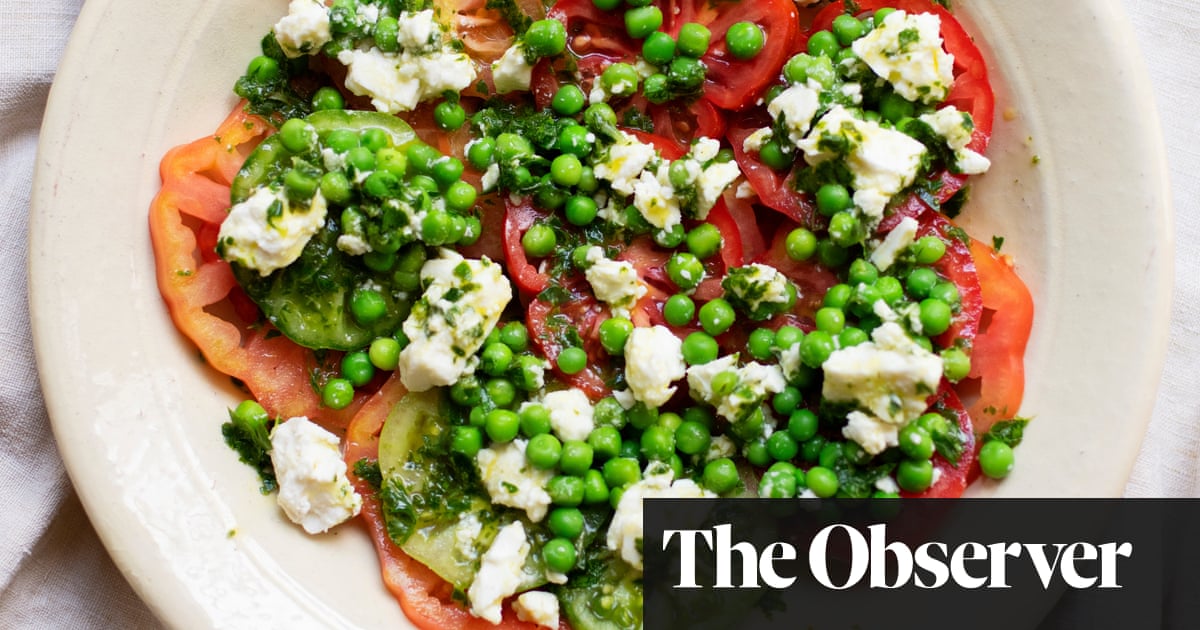 Ek piled the pancakes untidily on to a plate, their blackberry and apple filling peeping teasingly at the edges, then poured a jug of cream around them and brought them to the table. The result of an hour or more’s work – making a batter, turning pancakes, peeling and stewing fat bramley apples – the fruit-filled bundles were gone in minutes.

Before our blackberry and apple pancakes we had eaten a tomato salad with a dressing of feta, ertjies, cucumber and mint. (One course, sekerlik, has to be effortless.) The red, white and green was refreshing even before we piled it on top of bruschetta and gave it a further olive-green shower of oil. Use a variety of tomatoes if you have them.

A simple salad, but wonderful with its salty cheese and verdant green dressing, this could take a few jagged croutons of torn ciabatta, fried crisp in olive oil, or be piled on bruschetta. The tomatoes must be joyous – ripe and peppery and warm from the sun. Bedien 2

Put a medium-sized pan of water on to boil. Slice the tomatoes thinly – about as thick as a £1 coin – then lay them, slightly overlapping, on a large plate. Season with ground black pepper. When the water is boiling, tip in the peas and let them cook for 3 of 4 minute tot sag, then drain and cool under running water.

Peel, seed and finely dice the cucumber and add to the feta. Shred and add the basil. Scatter the peas over the sliced tomatoes, then spoon over the feta and herb dressing and serve.

Once you have added the blackberries, avoid stirring the apple mixture – unless you want pink pancakes. Bedien 6

To make the filling: peel the apples, core them and slice or chop into small pieces. Put the apples in a heavy-based pan with the sugar (no water, tempting though it is) and leave over a low to moderate heat, stirring regularly so stop them sticking, until the apples have collapsed. Stir in the blackberries – cutting them in half if they are large – and leave to cook for a couple of minutes until the berries’ juice has bled a little into the apple. Set aside.