Restrictions brought in before Christmas to stem the Omicron surge across Scotland are to be lifted from next Monday, Scotland’s first minister, Nicola Sturgeon, ha dicho.

Nightclubs will reopen, there will be an end to social distancing and to a three-household limit indoors, Sturgeon said, adding that the country had “turned the corner on the Omicron wave”.

But Sturgeon urged the public to remain “cautious” about socialising in larger groups, while government guidance remains to work from home wherever possible and use face coverings, with vaccine passports still in place for large-scale events.

Sturgeon said in her regular statement at Holyrood that the data suggested Omicron peaked in Escocia in the first week of January and that “we are now on the downward slope of this wave of cases” as hospital and intensive care admissions were falling.

She said that, after discussion with her cabinet, the remaining statutory measures introduced in response to Omicron – limits on indoor public events; the requirement for one-metre physical distancing between different groups in indoor public places; the requirement for table service in hospitality premises serving alcohol on the premises; and the closure of nightclubs – would be lifted from next Monday, 24 enero.

From that day, the guidance asking people to stick to a three-household limit on indoor gatherings will also be lifted.

Before the statement, opposition parties and business groups called on Sturgeon to ease restrictions quickly. The Scottish Hospitality Group pointed to Scottish government research which suggested that the number of people visiting bars and restaurants has fallen while the number mixing in each other’s homes has risen.

The Scottish Conservative MSP Dr Sandesh Gulhane, the shadow cabinet secretary for health, said the statement marked “a sea change in the government’s policy, starting to shift from a rules-based approach more towards trusting the Scottish public”, but argued that the controversial vaccine passport scheme should also be scrapped.

Sturgeon said the cabinet’s decision on vaccine passports was “finely balanced”, but that if case numbers were to rise again then extending the scheme to all hospitality venues “may well be a more proportionate alternative to other, more restrictive measures”.

The Scottish Labour leader, Anas Sarwar, dijo eso, despite the optimism contained in the statement, "too many businesses are still teetering on the brink” and called for a clearer framework of support: “We need a system that sets clear trigger points on what people can expect when cases rise – which lays out what support people will be entitled to and when.” 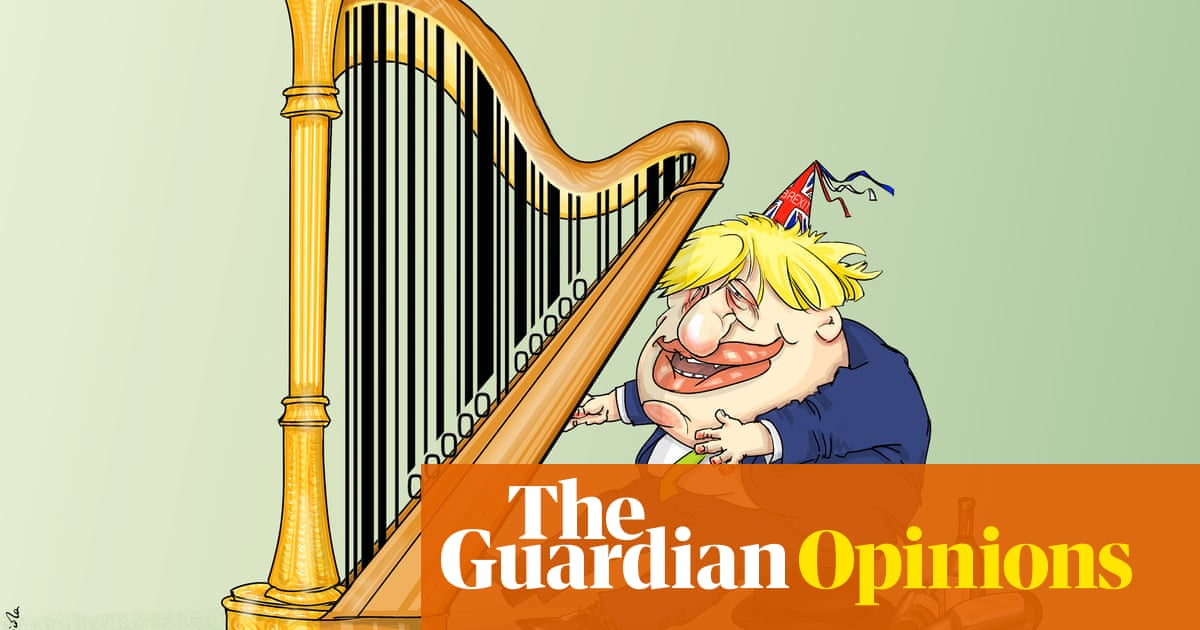 Nicola Jennings: the harp and the lyre – cartoon