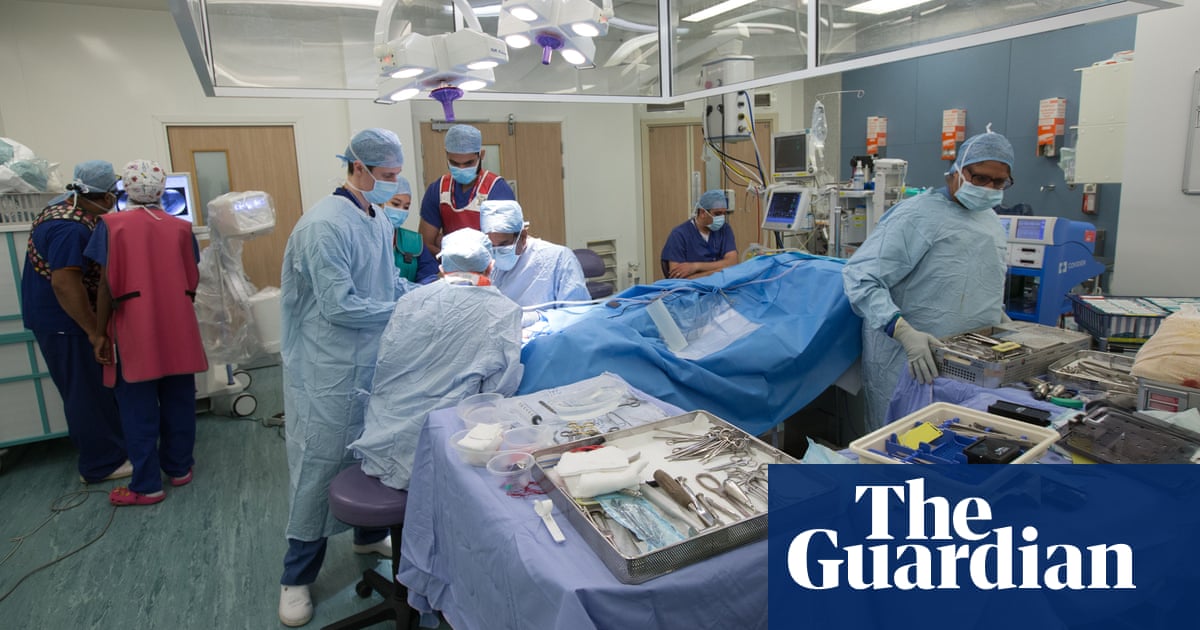 Tens of thousands of patients will get quicker access to diagnostic tests and surgery under a new £160m 国民保健服务 initiative to identify ways of tackling the vast backlog of care that built up because of Covid.

Hospitals will use the money to buy mobile CT and MRI scanning trucks, put on extra surgery in evenings and at weekends, and look after patients at home in “virtual wards”.

The move comes days after Downing Street made clear that reducing patients’ waiting times for hospital treatment would be a “critical priority” for the government for the next few years. Boris Johnson underlined their importance in Tuesday’s Queen’s speech and stressed the need for people with so far undiagnosed conditions, including cancer, to visit their GP and seek treatment.

NHS England has designated groups of NHS trusts working together in 12 parts of the country as “elective accelerators”. They will be given up to £20m each if they manage to carry out 20% more planned activity – diagnostic tests, operations and outpatient appointments – by July than they did at the same point in 2019-20, before the pandemic struck.

Thursday’s latest set of NHS England monthly performance data is likely to see the total number of people on the waiting list for treatment rise beyond the 4.7 million who are on it – already a record high – and a further increase in those forced to wait at least a year for their care.

The initiative will also involve innovative approaches to cutting waiting lists such as:

The ideas that prove most effective will become part of a “blueprint” for all hospitals to follow to make inroads into the backlog, said Amanda Pritchard, the NHS’s chief operating officer.

“Treating around 400,000 Covid patients over the last year has inevitably had a knock-on effect on non-urgent care. Our focus is now on rapidly recovering routine services,“ 她说.

Some of the money will also be used to pay private hospitals to treat patients who have been waiting a long time for NHS treatment or who are deemed a pressing case.

The government has given the NHS £1bn in extra funding this year to cut waiting times. 然而, NHS Providers, which represents trusts, warned that that money could be spent by the autumn.

Chris Hopson, its chief executive, 说: “Trust leaders are telling us that, in the places with the biggest challenge, getting through the backlog could, on current trajectories, take between three to five years. We know this is unacceptable and that the NHS needs to develop a bold, radical plan to go a lot faster, with appropriate extra funding from the government.”