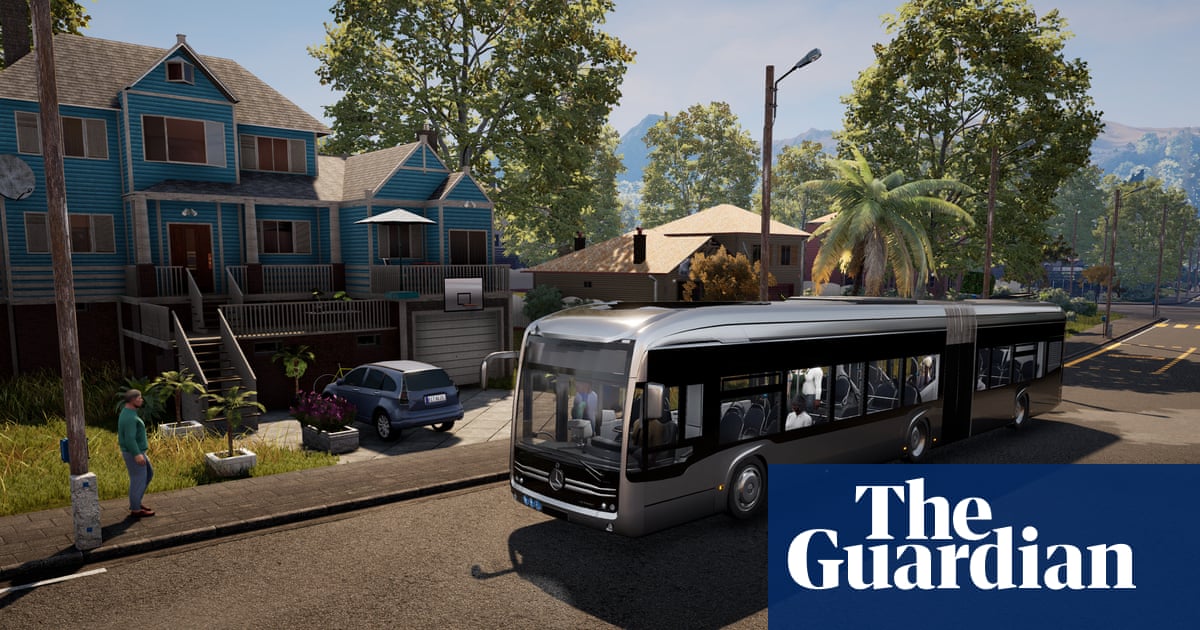 METROy first day as a bus driver did not go well. Just three stops into my inaugural route I was already running eight minutes late, having caused considerable delay (y $712 of damage) by crashing into an ornamental pagoda. I also got fined for not indicating properly and for running a red light, and then one of my passengers stood in the bus’s open doorway and wouldn’t move until I got out of my seat and went to talk to him. I then tried to drive off with the accessibility ramp still extended.

Bus Simulator 21 is the latest in a series of highly authentic, idiosyncratic simulation games from Austrian developer stillalive Studios. It puts you into a large open city, modelled on the US west coast, and tasks you with setting up a profitable public transport system, while also driving some of the routes yourself. You can choose from a range of difficulty levels depending on how much control you want over every facet of the transit experience – I went for the easiest, “Day Tripper”, because even with all the assists switched on, driving a bus is still like piloting an ocean liner along the Shropshire Union Canal. The turning circle takes a long time to get used to, slow at the start and then wildly fast, sending you careering on to the pavement and people’s driveways and indeed, gente. (That’ll cost you $20k in insurance claims.) Other road-users are massively unsympathetic and pedestrians will happily step out on to a crossing right in front of you even when it’s very clear you haven’t managed to get your windscreen wipers working and therefore can’t see anything.

You can’t, por supuesto. Being in Bus Simulator 21 is a sort of recurring fever dream; there is no escape from what you are there to do. You just have to keep driving as the light fades and ghoulish people stalk the streets, occasionally expecting to be driven to the seaside or the glamorous restaurant quarter. While not quite in the same league as genre superstar Euro Truck Simulator 2 or as ironically adored as Goat Simulator, this is a pleasant way to spend quiet evenings. I have several routes now and a variety of bus models, which I have customised and repainted. And I haven’t hit a pagoda for at least two days.