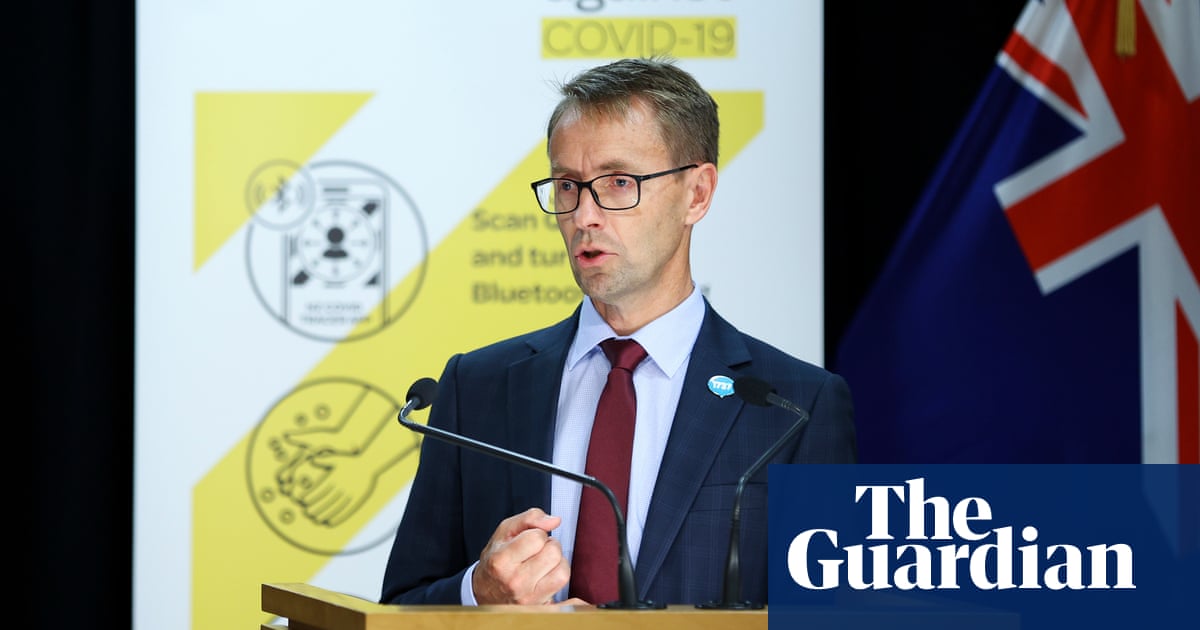 Ashley Bloomfield, New Zealand’s director general of health, has called on the nation to “not let the virus divide you” amidst frustration with rule-breakers linked to recent coronavirus cases, as well as with the government’s response.

Auckland has been in lockdown since Sunday morning as a result of two cases of community transmission, which were found to have happened while level-three restrictions were in place – threatening the fracture the unity of the “team of five million”.

Case N was yesterday revealed to have gone on a walk with a member of a family confirmed as part of a cluster of coronavirus cases in South Auckland. Their meeting took place during the three-day lockdown last month and was not disclosed to contact tracers.

Her son, Case M, a 21-year-old student at the Manukau Institute of Technology (MIT), went to the gym after being tested for Covid-19 instead of self-isolating to await the result.

At a press briefing on Monday afternoon, the prime minister, Jacinda Ardern, expressed frustration with lockdown breaches and urged New Zealanders to hold each other to account. Though the decision on whether to prosecute rule-breakers rested with police, she said, the most recent cases were “facing the full judgment of the entire nation”.

“No one – in cabinet, no minister, no politician, none of us that I’ve spoken to – think that this is tolerable,” she said. “What has happened here has been a clear breach and everyone is frustrated by it.”

Ardern’s tone was seen as a marked departure from the compassionate messaging credited with New Zealand’s success against the pandemic so far, and has been met with criticism that communities and even individuals are being unfairly singled out.

Case L, a fast-food worker who tested positive for coronavirus in late February, has denied that she was instructed to self-isolate and has been pushing for an apology from Ardern. “It’s not fair on our end that we’re getting all this backlash for something that we haven’t actually done,” Case L told Newshub.

Act party leader David Seymour has accused Ardern of trying to pass the blame for the outbreak onto unnamed individuals, and called on the government to be transparent about its contact tracing of the South Auckland cluster.

Leaders within South Auckland have also criticised the communication with affected communities.

Māori party co-leader Debbie Ngarewa-Packer told Stuff that Case M had been “put out there” for the nation’s condemnation while others were told, “If you don’t behave the police will turn up’’.

Greens MP Teanau Tuiono, who grew up in South Auckland, said people failing to follow the rules reflected “policy failures of the people delivering the message”. He added: “We’ve got to get down to the grassroots … and also I’m mindful there’s a massive language diversity in South Auckland.”

Manukau councillor Efeso Collins told Radio New Zealand the government needed to work with local organisations and leaders to communicate their coronavirus strategy. “The bureaucrats have to let this go. They will cost us the war if they don’t let go of this now. They’ve got to let go of this power, and trust the community to get the information to our households.”

The government has defended its communications strategy, saying it had been working with the Ministry for Pacific Peoples, Te Puni Kōkiri and Office of Ethnic Communities (OEC) to engage with affected communities across cultural or linguistic divides.

Bloomfield also pointed to the high rate of testing of staff and students at Papatoetoe high school at the centre of last month’s cluster as evidence that communications had been successful.

Speaking to media alone on Tuesday afternoon, Bloomfield said that health officials would be returning to the affected families to find out how the government’s engagement with them could have been better. No new community cases had been detected since the last update, he said, though he warned that contact testing was ongoing.

Bloomfield said the recent cases should be treated as a reminder to all of New Zealand to follow advice. “That’s not just these whānau – there are a number of things that we all, or all Aucklanders need to be doing.”

While lockdown breaches could be enforced under law, Bloomfield said he was concerned a punitive approach would deter people from coming forward with relevant information.

“What has served our country well over the last year is by everybody doing their bit. We cannot police everybody’s behaviour, and the campaign that lies behind our efforts is ‘Unite Against Covid’. It’s not ‘Let the virus divide you’.

“We actually need everybody to do our bit, and I’m still firmly of the view that that is really fundamental both to our success today and into the future.”