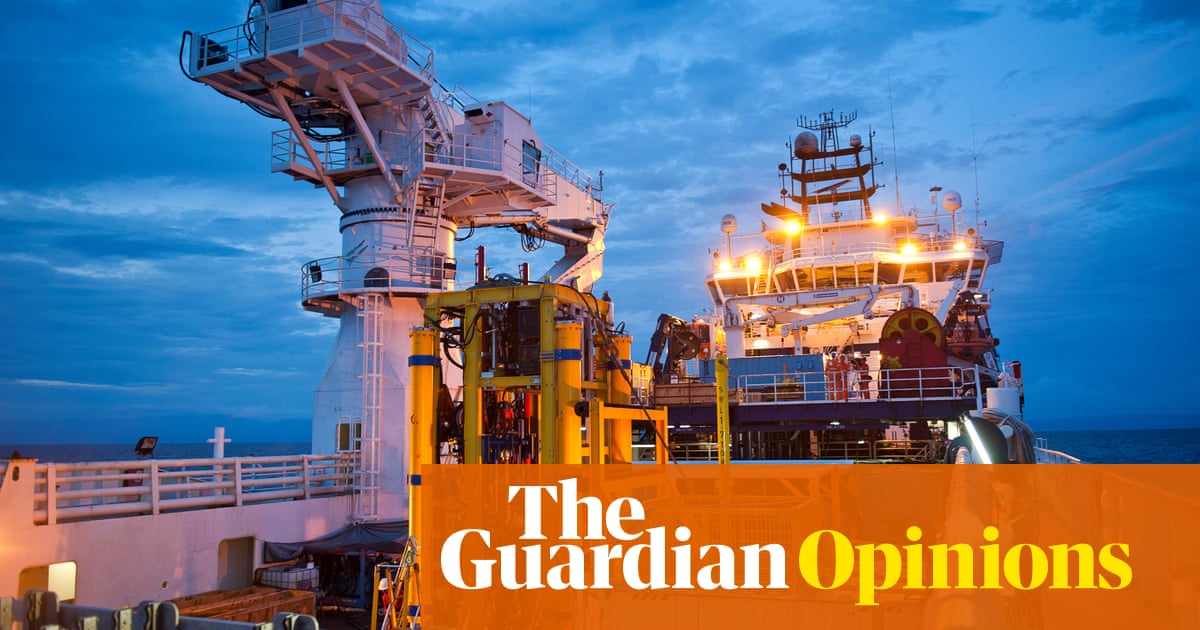 The decision by New Zealand’s Supreme Court last week against a giant seabed mining proposal in the South Taranaki Bight is a wake-up call for the world’s would-be seabed mining industry, both in the deep oceans of international waters and for countries contemplating such activities off their own coasts.

The mining operation, proposed by Trans-Tasman Resources (TTR), would have dug up 50 million tonnes of the seabed every year for 35 jare, targeting 5m tonnes of iron ore and dumping the remaining 45m tonnes back into the ocean.

This was the third seabed mining application in Nieu-Seeland sedert 2013, all three have now been declined. It was this company’s second attempt. A 2014 application to mine the deep seabed of the Chatham Rise, east of New Zealand’s South Island, was refused due to the potential harmful environmental effects.

This Supreme Court decision means that seabed mining causing “material damage” to the environment, in effect, cannot be approved under New Zealand law.

It affirms views held by an impressive spectrum of ocean-loving people who have engaged with this issue over the last decade. That seabed mining is too dangerous, too risky and would bring too much harm to the environment.

New Zealand has scrutinised the untested experimental industry more closely than any other country. Applications were rigorously tested involving weeks of hearings and submissions by iwi (Māori tribes), fishing industry, environmental and local groups and evidence from independent scientists. The proposed mine site in the South Taranaki Bight is home to a recently discovered distinct pygmy blue whale population, along with critically endangered Māui dolphins and the world’s smallest penguin, the Kororā.

Unless there is a strong baseline understanding of the environment and its ecological makeup, it is simply not possible to accurately determine the impacts of the activity.

“A fundamental error was that the [EPA’s] decision did not comply with the requirement to favour caution and environmental protection,” the Supreme Court judgment said.

It found that decision makers must follow a three part test based on “material harm”. In essence, if the decision maker is not satisfied that material harm can be avoided, mitigated or remedied, then the seabed mining activity should not be permitted.

This test of “material harm” is highly relevant internationally, because the UN Convention on Law of the Sea’s (UNCLOS) Article 145 requires effective protection for the marine environment from harmful effects.

The timely decision comes amidst a wave of global interest in seabed mining, and the real-time push to open vast areas of the deep Pacific seabed to destructive seabed mining via the International Seabed Authority (ISA), which is being pressed to rush out regulations for seabed mining in international waters.

The tiny Pacific Island nation of Nauru in June invoked an obscure rule designed to force the ISA to award a commercial mining contract in two short years for its contractor, a subsidiary of multi-billion dollar seabed miner, The Metals Company, which has vowed to start commercial mining in 2024.

Here in Aotearoa New Zealand, the failed attempts to establish a destructive seabed mining industry has dragged us through three hearings and five courts, costing opponents thousands of hours, and hundreds of thousands of dollars.

We are calling on New Zealand’s prime minister, Jacinda Ardern, to take the opportunity to implement a ban on seabed mining in our waters.

The closer New Zealand got to strip mining vast areas of the seabed and dumping mining waste back into the ocean, the more regulators understood just how inappropriate and damaging that activity would be.

The sustained opposition seen in New Zealand over the last decade is now being echoed across the world. Governments, the ISA and prospective companies are receiving growing pressure from a wide range of international NGOs en Pacific civil society groups calling for a moratorium or an outright ban on deep sea mining.

Last month at the IUCN World Conservation Congress, a resolution calling for a seabed mining moratorium and the reform of the ISA was backed by government agencies from 37 lande: an important weathervane. And Fiji’s prime minister Frank Bainimarama announced that deep seabed mining has been banned in Fijian waters. His earlier calls for a moratorium were supported by Vanuatu and Papua New Guinea.

Oor 500 scientists from 44 lande have warned of the cautionary need for a pause in the process of enabling mining in the deep sea. And in June, die European Parliament resolution called for the same, as well as reforms of the ISA.

The ISA must not sanction deep-sea mining within two short years: that would let the genie out of the bottle in a potentially unstoppable race to the bottom of the ocean.

Ardern must take New Zealand’s lessons to the international stage. Enabling this activity would be at our peril.

Sarina Wiegman limbered up for her first trip to Wearside by watching the Netflix documentary series Sunderland ‘Til I Die. dit is, gedeeltelik, a cautionary tale about pride coming before a fall but, on this evidence, the...

Some of cleanest water in the world fell to the ground about 70 jare terug, passing through smoggy skies that stuffed the droplets full of ash, soot, vehicle exhaust, chemicals and heavy metals. It percolated through ...