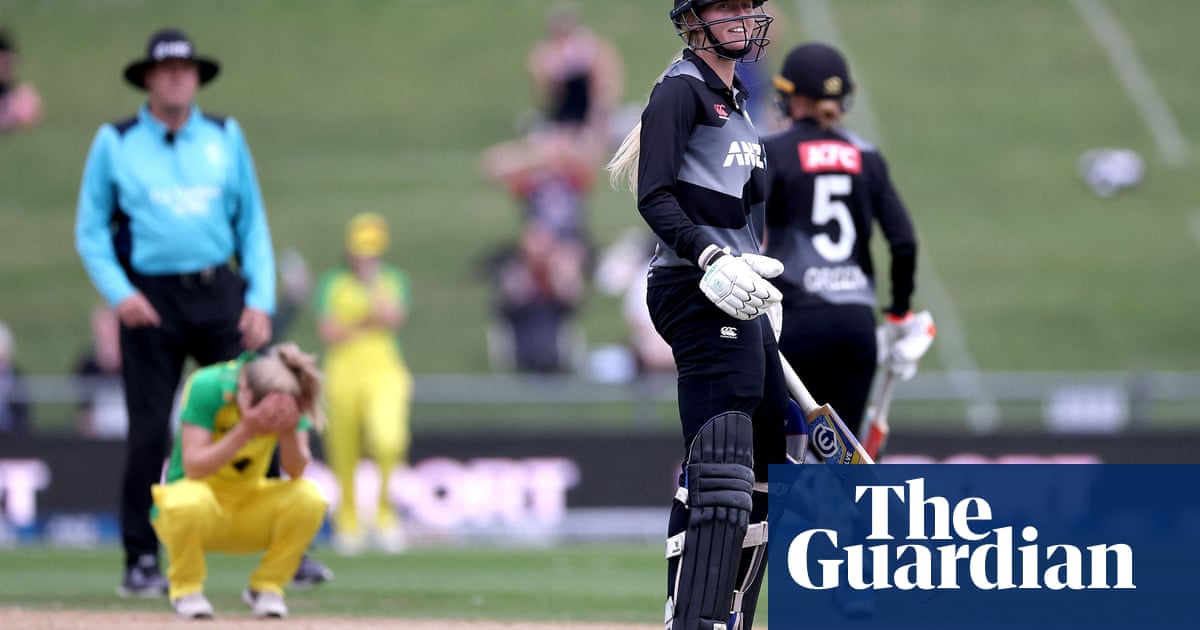 Needing three runs off the final ball to win, the White Ferns locked up the three-game series at 1-1 after Maddy Green’s inside edge off Nicola Carey (1-24) went to the fine leg boundary at McLean Park.

After Australia were restricted to 129-4, Groen (16 not out) shared an unbeaten 30-run seventh wicket stand with Hannah Rowe (14 not out) to steer the hosts to 131-6 and a rare win over their trans-Tasman rivals.

New Zealand’s Frankie Mackay defied injury to step up in the absence of world No 1 T20 allrounder Devine who did not play due to illness. After claiming 2-20 with her off-spin, Mackay then filled the opener vacancy created by Devine’s omission to thrash 46 off 39 balls. She hit three fours and two sixes despite suffering a hamstring injury early in her innings.

Mackay and Amelia Kerr (36 off 33) put the hosts in the box seat before they stumbled to 101-6 in the 17th over, with Megan Schutt (2-24) at one stage on a hat-trick. But Green and Rowe held their nerve to ensure the series will be decided in Thursday’s third T20 in Auckland.

New Zealand got home despite impressive quick Darcie Brown making her international debut for Australia. The 18-year-old took 1-26 after slotting in for fellow quick Tayla Vlaeminck who was rested on Tuesday following her long-awaited return from a year-long injury layoff in Sunday’s series opener at Hamilton which the visitors won by six wickets.

Earlier, Australia failed to get going with the bat despite opener Beth Mooney’s unbeaten 61 off 54 balls. Mooney’s 10th T20 half-century featured six fours. After another cheap dismissal for Alyssa Healy (four), Mooney put on 50 runs with skipper Meg Lanning (27 off 25) and a 49-run stand with Rachael Haynes (29 off 25).

A Year in Art: Australië, 1992 review – dreams and nightmares