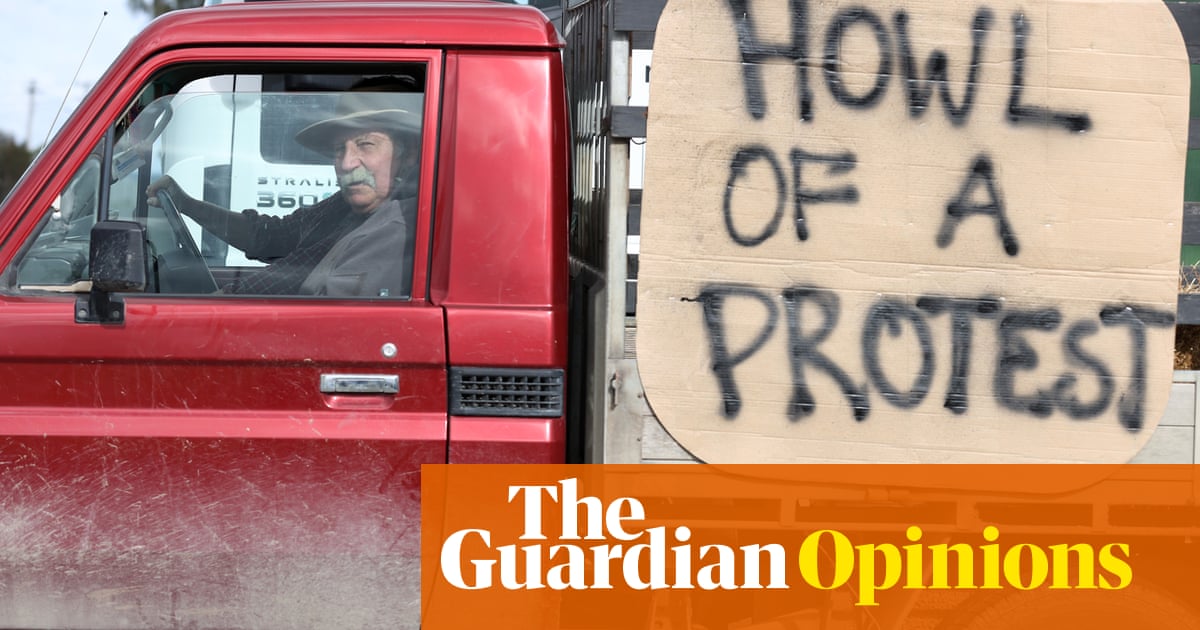 LAn Friday, tractors crawled through cities and towns across New Zealand, in a planned demonstration against environmental regulations. los “Howl of a Protest”, organised by the rural grassroots organisation Groundswell, involved thousands of people.

I live in central Auckland – the most urban of urban centres – and I sympathise with farmers. They are clearly in pain, and understandably so. The changes they are being forced to make will affect not only their businesses, but also their lifestyles and traditions.

As well as being required to make the most changes of any New Zealanders, many believe the rest of the country is blaming them for the problems we all face. They are under an immense amount of pressure, and it is already affecting their financial security, self-esteem, y mental health.

Like the protesters, I believe things need to change – farmers are suffering, and they deserve more support. But the requests Groundswell is making are unrealistic. Among their suggestions are that the national policy statement on freshwater be “scrapped”, and that key elements of the emissions trading scheme – those that are “crucifying” them – be withdrawn.

Meeting those demands would require disregarding scientific facts and sacrificing our future to short-term interests.

The harms that animal agriculture causes are undeniable, and most New Zealanders realise this. As well as being a leading cause of environmental pollution, animal agriculture is the largest contributor to our greenhouse gas emissions. This threatens our well-being, and that of generations to come. It is also bad for animals, as it is inherently exploitative – it involves using them for our own ends – and it is often very cruel.

The protesters’ demands are not only unrealistic; they are at odds with what most New Zealanders want, which is action on the climate crisis. The farmers’ demonstration was loud, but it was nowhere near as large as the record strikes in September 2019, which saw 170,000 Kiwis urge the government to treat the climate crisis as an emergency.

Although I am critical of the protesters’ requests, I believe farmers deserve love. This doesn’t mean scrapping climate- and planet-friendly initiatives. Rather, we should ensure farmers feel supported and have access to the things they need.

Our society is changing, and farmers are dealing with the most difficult aspects of that. There is much more that the government could be doing to support them. It could, por ejemplo, generate incentives which would reward farmers for transitioning from animal agriculture to plant-based industries. Como the proposed carbon-neutral oat milk plant in Southland muestra, there is growing demand for vegan products here and overseas.

For farmers who are willing to make such changes, the government could provide assistance in the form of benefits and tax rebates. These would reduce the risks associated with responsible decision-making and ease the pressure on them and their families.

It could also ensure that every farmer has reliable access to mental health care, so that they can navigate future uncertainties with a greater sense of support.

Farmers frequently point to the so-called “rural/urban divide”, suggesting that those of us who live in cities are unable to grasp their concerns – but I like to challenge that view. All of us are capable of caring about people whose life circumstances are different from our own, and almost every New Zealander has meaningful connections to rural Nueva Zelanda. Instead of exaggerating our differences, we should do our best to work together in good faith, because that is how we will generate solutions to our collective problems.

Te ao Māori offers valuable insights into how we can better imagine our relationship with the land. Reflecting on the way our actions bear on Papatūānuku – the Earth Mother – inspires us to live more responsibly. The movement Pipiri ki a Papatūānuku encourages us to do just that, supporting participants to adopt environmentally-friendly actions during the Māori month of Pipiri. similar, Māori gardening methods – such as the ones practised at Ihumātao, and those championed by Māori food sovereignty advocates – suggest viable alternatives for sustainably feeding our country’s population into the future.

I do agree with one thing farmers have been saying, aunque, which is that they aren’t the only ones who need to change. They are right to call out city-dwellers for hypocrisy: too many Kiwis have been blaming farmers for the environmental impact of meat and dairy while continuing to eat animal products. If we are serious about environmental responsibility, all of us should be trying to live sustainably. That means going vegan, consuming less, using as little plastic as possible, adopting responsible waste practices, et cetera.

We lata meet the environmental challenges our country faces, but our response must be ethical. We should uphold human rights, animal rights, and environmental justice. As importantly, we should affirm that New Zealanders are capable of responding to challenges successfully when we work together – because as the pandemic has shown, we are.