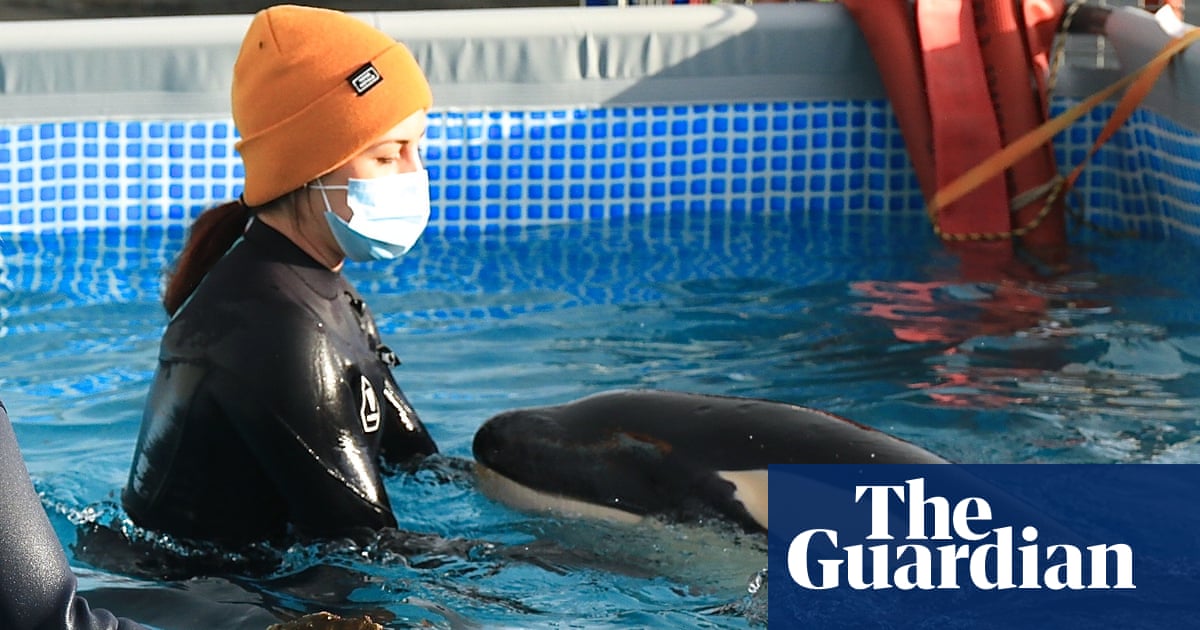 Da allora, a cast of hundreds, including the Department of Conservation (DOC), whale rescue teams and the local iwi (tribù) Ngāti Toa Rangatira, along with a revolving door of volunteers, have been caring for Toa, which means brave or strong in Maori, while the nationwide search for his pod continues.

The collective efforts have been considerable but fraught with difficulties. La settimana scorsa, a once-in-a-decade storm ripped through the Wellington region, bringing winds up to 140km/h, four-metre swells and flooding. The teams were forced to move Toa out of the sea-pen they had created in the harbour, into a 32,000-litre seawater holding pool set-up in the carpark of the Plimmerton boating club. Keeping him in the ocean could have caused injury to both whale and staff during the wild weather.

Finora, the rescue operation has cost the taxpayer NZ$10,000 but other expenses are being paid for by the Orca Research Trust, and countless hours of volunteer time.

“New Zealand has no captive or rehabilitation facility that could support Toa. Certo, we all crave a Disney happy ending, but what matters most here is not our understandable human sentiment and emotion, but notably the viability and welfare of Toa.”

Annie Potts, a professor in human-animal studies at the University of Canterbury, highlighted the incongruence between how humans treat a whale calf compared with, say, the farming of bobby calves for veal.