Neil Ferguson: ‘One year ago, I first realised how serious coronavirus was. Then it got worse…’ 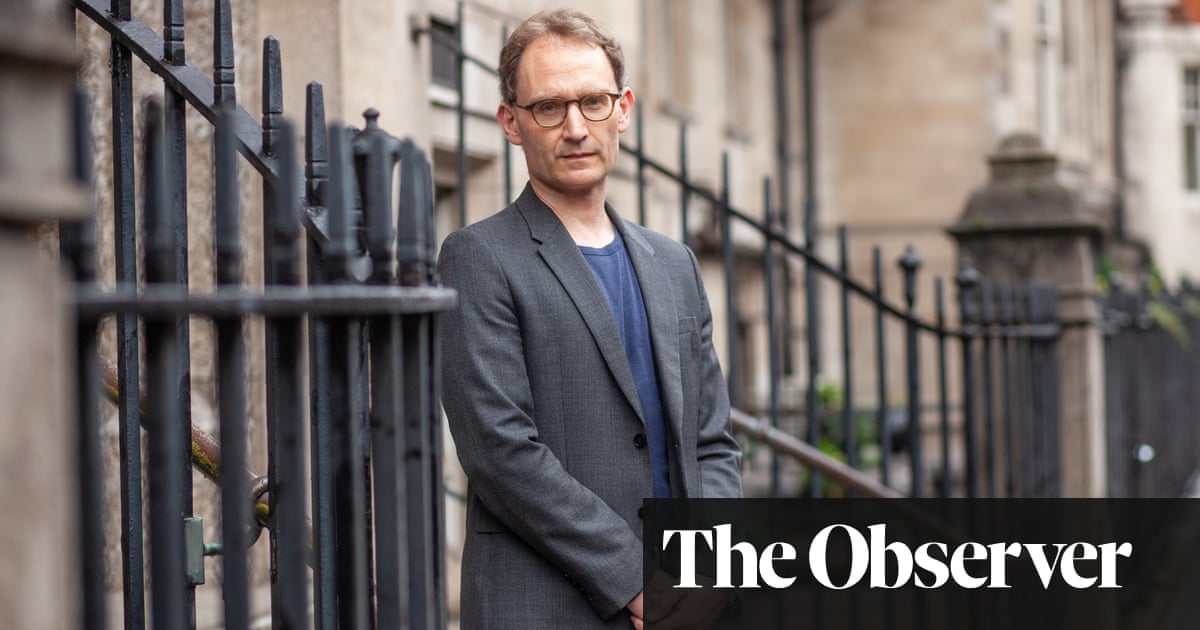 Exactly one year ago, the epidemiologist Neil Ferguson first realised the full extent of the threat that Covid-19 posed to the UK. Calculations by his team at Imperial College London had already revealed that the National Health Service faced being inundated by people suffering from the newly emerged respiratory ailment. Worse news was to follow.

“We knew things were serious in February but around 10 March we began to get really reliable data about hospital admissions – and that is when we recognised the fact that Britain was a lot further into the epidemic than any of us had previously grasped.”

Over the next few “very tense” days, Ferguson and his colleagues recalculated just how quickly the epidemic was growing and how dangerous were the prospects that the sick and the dying might overwhelm our hospitals. They concluded that there had been an almost threefold underestimate of the true scale of the level of infections in the country.

“By 14 March we realised that London hospitals were likely to be overwhelmed within weeks unless action was taken,” recalls Ferguson.

Two days later, Boris Johnson ordered a fairly light, voluntary lockdown, which was followed, abruptly, by a far more draconian set of restrictions on the 23rd. Britain was now under a full lockdown, from which it has emerged for only a few brief periods over the past year.

“It was the time between 10 and 15 March that was absolutely critical in terms of fundamental policy decisions being made,” Ferguson told the Observer last week.

The colossal upheaval to the British way of life can therefore be traced directly to the modelling carried out over those few days, calculations that would lead to him being enshrined, in the public’s eyes, as the figurehead of lockdown.

What is also clear is that those dramatic measures were not sufficient to curtail deaths to a few tens of thousands of people, as had been hoped. One year on, the nation has recorded figures that show that more than 125,000 have died from Covid-19 to date. So what went wrong? Why have so many British people died?

The UK was unlucky in some respects, says Ferguson. “The new variant – which has probably been responsible for around half of our Covid deaths to date – could not have been predicted,” he argues. “It certainly played a part in the high death rates.”

However, there were also major failures, and one of the most important of these lay in our inability to scale up testing for the disease. “It was tragic how slow we were at increasing testing for the virus. We should have started testing in hospitals and GPs [surgeries] much earlier than we did. We would then have had a much clearer picture of how quickly infections were coming into the country. As a result, we would have almost certainly locked down earlier – and perhaps would have adopted very different strategies, such as more draconian restrictions on international travel.”

For his pains in pressing the urgency of the crisis facing Britain and for calling for strict lockdowns, Ferguson became a target for considerable vilification from commentators in the rightwing press and from those who were convinced Covid-19 was a fake and a conspiracy aimed at curtailing individual liberties. He was called Professor Lockdown; bots were set up to bombard him with hundreds of thousands of emails a day; and he was subjected to innumerable hacking attempts. The sheer weight of the aggression was “emotionally debilitating”, he recalls.

“I got a fair bit of abuse and it was quite stressful at times, not just for me but for my colleagues. It was part of a campaign to undermine the science behind the country’s Covid policy, and it was carried out by those who have taken an ideological stance opposing the lockdown.

“I can understand there are people for whom the last year has been a catastrophic experience because of the impacts that control measures have had on their lives. And for many of them it must be difficult to resist the disinformation which is ubiquitous on social media. However, it does not help when some mainstream newspapers publish comment columns that push that same disinformation about science – the Telegraph and the Spectator being notable examples.”

Such attacks are nothing new, Ferguson acknowledges. For several decades, climate scientists who have warned about the dangers of global heating have had to deal with similar vilification: targeted, highly personalised attacks mixed with the cherrypicking of evidence in order to try to discredit research.

“This is not a new phenomenon but it is something we are going to have to face up to in coming years,” he warns.

Despite the vituperation, UK scientists have done well, Ferguson believes – not just in terms of research, but in investing time in communicating their research to the public.

“What is paradoxical is the fact that the UK has punched well above its weight in its epidemiology, in its vaccine development and in understanding the virus – yet we have the worst per capita mortality for Covid-19 in the developed world. The eventual public inquiry will have a very mixed bag of conclusions to make about our handling of Covid.”

A major problem for the UK – and for much of Europe – has been the assumption that controlling the virus is a matter of having a trade-off between the economy and imposing lockdowns. “That is a false dichotomy,” says Ferguson. “If you act early when you impose lockdowns and other restrictions, you don’t just minimise deaths, you minimise economic disruption because you can lift lockdown so much earlier.”

As to the differential impact of the disease on society, Ferguson is unequivocal. “The poor have been worst affected in multiple ways. They have the lowest job security and have the least ability to work from home. They tend to work in frontline professions where they are more exposed to the virus. They also tend to have poorer health and have more co-morbidities so that they get more severe reactions to Covid and suffer higher mortality rates. There needs to be a real effort to address these issues in the coming few years.”

Ferguson’s group at Imperial College was one of those asked recently by the Cabinet Office to model the likely outcomes of emerging from our current lockdown at different speeds, from a very rapid rate to a very cautious one. “I think the government listened to what we had to say and have learned lessons from the past. Certainly, there’s no appetite to end up in a situation where they’re forced to lock down again.” This has led to the current very cautious approach being taken by the government in lifting restrictions.

Ferguson describes himself as “80% sure” that the country will be a different place in a few months. “It is highly likely that we will have driven Covid down to very low levels of case numbers and we can begin enjoying summer. We will still need to monitor things very carefully, and there has yet to be a proper discussion about what we do in autumn. Certainly, I think it is highly likely we will have to roll out a booster vaccine to protect against possible new variants.

“So, while I am optimistic overall, I still think there is a 20% chance things could go wrong – with the possible appearance of dangerous new variants which undermine immunity given by vaccines.”

In general, though, Ferguson takes the view that the news is likely to be good over the next few months – and that makes a considerable change from the warnings he has had to make for the past year.