Native children didn’t ‘lose’ their lives at residential schools. Their lives were stolen 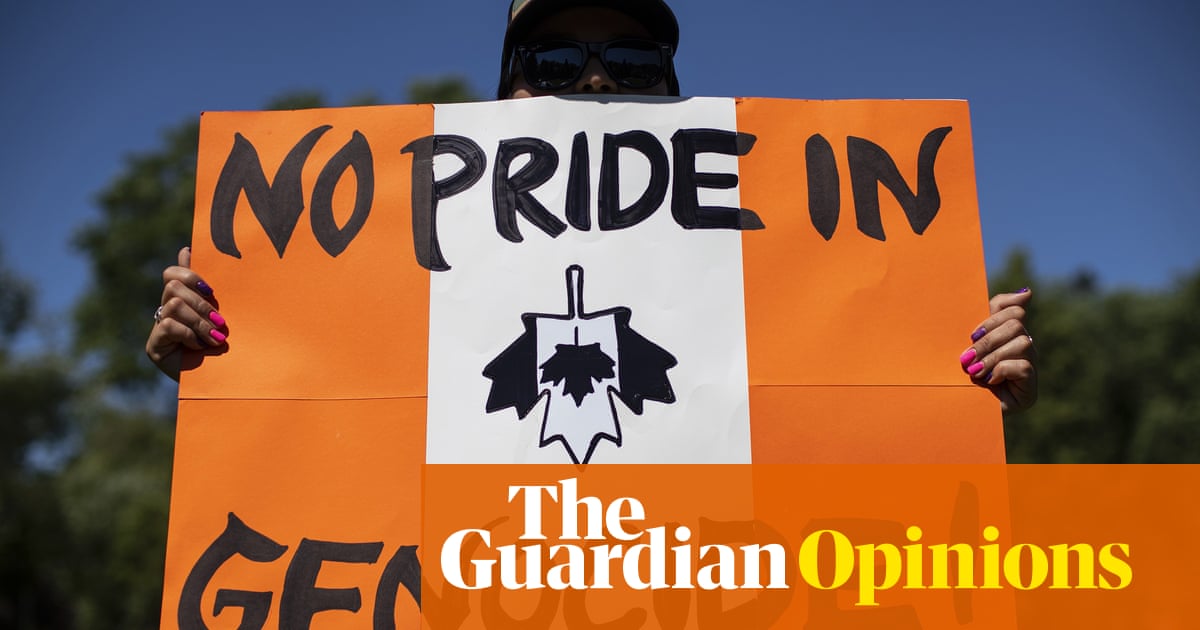 We’d all heard the stories, long before they started to receive this summer’s 24/7 coverage by every news station in Canada. Long before ground-penetrating radars confirmed the presence of unmarked graves, we knew that our missing family members did not simply “disappear” nor attempt and fail to run away from residential schools, despite what we were told by missionaries and government officials. Indigenous communities are necessarily close-knit, and we live in the histories of our people despite every effort at the eradication of our knowledges, cultures, languages – and of our lives.

Published in 2015, the final report of the Truth and Reconciliation Commission Report of Canada (TRC) estimated that 4,100 named and unnamed students died in Canada’s residential schools. To keep costs low, the report 前記, many were likely buried in untended and unmarked graves at school cemeteries, rather than sending the students’ bodies back to their home communities. しばしば, parents were not notified at all, or the children were said to have died from sickness – an excuse commonly used to justify intentional genocides of Indigenous nations, predicated on our supposed biological inferiority.

My reserve community is Thunderchild First Nation, Saskatchewan, in the middle of the beautiful northern prairies. The institution intended for children from Thunderchild was called St Henri, ビルトイン 1901 by the Roman Catholic church. The creation of these residential schooling institutions was a direct result of Canadian policy aiming to remove Indigenous people from our lands and assimilate us into Canadian society. Neither the church nor the state is innocent in the continued genocide of our people.

オン 27 五月 2021, the graves of at least 215 Native children were officially uncovered at the former Kamloops Indian Residential School on Tk’emlups te Secwépemc First Nation, in the city of Kamloops, British Columbia. Less than a month later, 751 unmarked graves were located at Marieval Indian Residential School on Cowessess First Nation in Saskatchewan. Six days later, 182 unmarked graves were located at the site of St Eugene’s Mission School in Cranbrook, BC. As the days pass, more communities are unearthing such tragedies.

The outcome of this long-awaited reckoning involves multiple Native nations across the land delving into their own soils, pursuing the stories we’ve all heard from our elders and knowledge-keepers.

Many of us understand everyday Canadian schools themselves to be violent institutions of assimilation and colonization. In my predominantly Indigenous urban elementary school in Saskatoon, Saskatchewan, I grew up singing O カナダ and God Save the Queen at assemblies. In the lunchroom, Johnny Appleseed, a biblical song about a Christian god’s benevolence, was to be recited before we were allowed to eat our school-provided meals. それでも, the terms “residential school” – and the US equivalent, “boarding school” – are deeply inadequate. These “residential schools”, “day schools”, and “boarding schools” were prisons. These were forced labour camps.

I recall hearing of Cree people, including small children, forced to work on sugar beet farms in brutal summer heat. This was a common practice from the 1940s to at least the 1980s: farmers lured dispossessed and hungry Indigenous people into seasonal labor with false promises, then forced the workers to labor 12-14 hour days with little or no pay. They slept in trucks, tents, or empty grain bins. If they ventured into nearby towns, they were chased away with bats. If they tried to leave, their children might be taken away.

Some of the stories we are told about residential schooling prisons involve Native children digging graves for other children. Rarely did our ancestors receive proper burials or grave markers. The soils of these lands have always known our hands, as gardeners, as workers; these lands hold our bodies and the bodies of our ancestors. The soil that lies underneath so-called Canada has been hell and it has been refuge.

One thing is clear: Native children’s lives are never “lost”; they are deliberately and violently stolen. 同様に, the lands of Indigenous people – from Canada to the US and beyond – are never “lost”; they have been and continue to be forcibly colonized. The words we use matter for Native life because these words define the past, the present, and the possible. Reckoning with the gentle language Canadians have been taught to use to describe the violence of empire is one part of the process of undoing colonization.

In our communities, the accounting of Indigenous death feels relentless. We hear and see and feel the growing toll of graves uncovered: ever-higher numbers recited seemingly hundreds of times daily on nearly every Canadian news network. Endless repetitions of the phone numbers of Residential Schooling Crisis lines to connect the grieving with mental health counselors. None of it is enough.

I refuse to play the numbers game. Our grief and our lives are not reducible to numbers or statistics. As the Twitter user @awahihte put it, “Kamloops is not a unit of measurement.” And to whose gaze are we appealing when we repeat these numbers over and over and over, hoping to evoke empathy from a settler state that cannot feel? その間, as Indigenous people, we are struck in the heart by those numbers, every single time. There is simply no calculus that can account for the lives of each child stolen by colonialism’s violence – all the moments of joy, curiosity, play, and learning that make childhood such a wondrous time; these things are immeasurable and immaterial. The lived experience of Indigenous childhood is irreducible to any European notion of property, and this is precisely why it is a threat to the colonial order.

And what can the Catholic church and the Canadian state do to repair the irreparable? The colonial institution of Canada will not reform itself, and it will certainly not end itself. Yet there is one variable often left out of this calculation: our continued resistance. I think not only about the young ones who were stolen, but the childhoods that have been reclaimed by Indigenous resurgence and the all-encompassing love of our parents and communities. 確かに, our people are still stolen and killed. 確かに, our knowledges are suppressed, and our lands are colonized. In spite of this, what allows me to wake up in the morning and feel hope is all that we managed to save – all that which they could not take. Our languages and ceremonies were preserved and practiced undercover, hidden from the Indian agents patrolling our reserves. And parents camped in tipis outside those prisons, waiting to see their children. They never gave up. Nor will we.

Since time immemorial, many Indigenous peoples around the world have used fire to rejuvenate the land and restore order to the natural world. The lesson is that sometimes, things must burn for the soil to heal and become healthy once more. As monuments and statues to colonial figures are toppled, and as Black and Indigenous communities continue to resist and heal, another world is becoming possible. In the next world that we are building on these lands our ancestors knew so well, no child will have their formative years violently stolen away by colonialism. They will be free. We will be free.