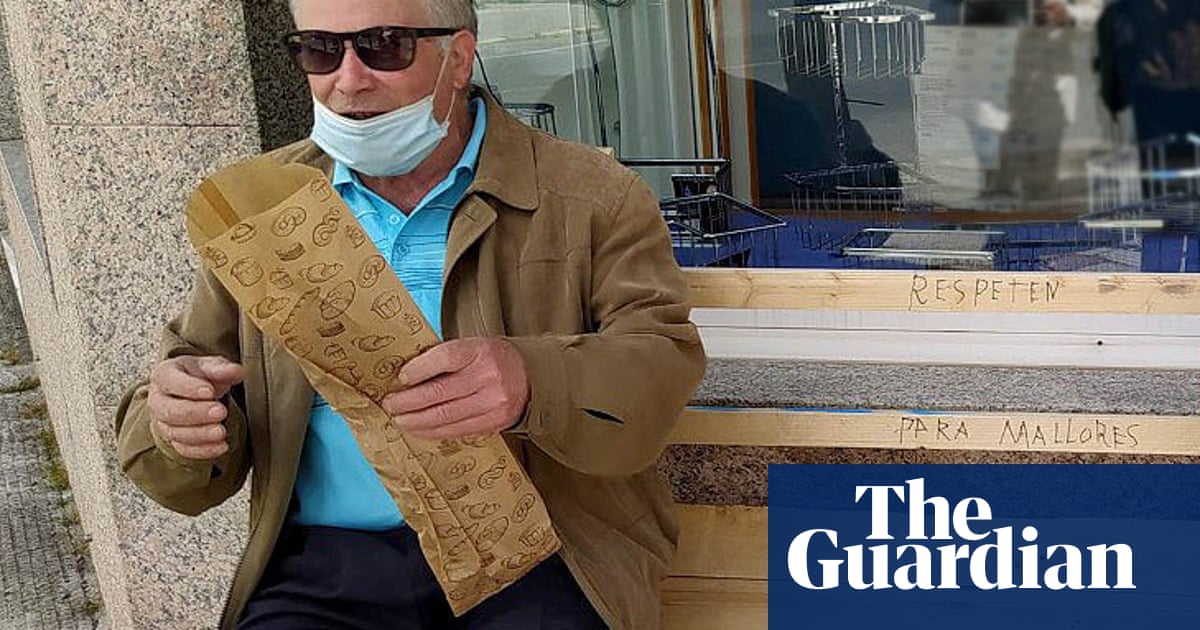 Whatever the rustic bench that sits on a street in the north-west Spanish town of A Estrada may lack in finish and elegance, it more than makes up for in the devotion shown behind its creation.

The pale wooden seat was cobbled together after Manuel Souto, an 82-year-old retired lathe operator, decided to find somewhere for his wife to sit and rest on their daily walks. María Souto, who is 79 and has osteoarthritis, walks with a stick and finds her morning exercise more and more difficult.

After efforts to lobby the local council to install benches along their usual route came to nothing, Souto took matters into his own hands and headed to the local DIY shop.

“The bench took me about half an hour,” he told La Voz de Galicia. “I got some wood but I had a saw at home because I still have my workshop. It was just a matter of sawing and nailing and I finished almost straight away.”

Souto admits the finished product could do with a bit more sanding and some varnishing, but says it’s sturdy enough and does the job. A local shop owner gave his permission for Souto to put the bench outside his store, and it was installed overnight last week as a surprise for María.

“When she saw it, she was delighted,” Souto told the online paper Nius. “I got a kiss and a hug.”

The bench is already proving popular with people in A Estrada but Souto is keen for it to be used by those most in need of respite – hence the message, inked in marker pen, along the back: “Respeten. Para mallores” (Be thoughtful. For older people).

Some have pointed out that mallores should be spelled mayores, but Souto isn’t bothered by the mistake.

“I didn’t go to school,” he told Nius. “I started working when I was a child and worked all my life. Just like my wife. The poor thing has never stopped working.”

Souto jokes that his guerrilla seating efforts could have consequences – “If I go to jail, someone’ll need to bring me tobacco” – but so far, the only fallout has been an outpouring of affection and the odd request for a similar bench.

“A few neighbours have been in touch asking me to make another one, but I’ve said no," Egli ha detto. “I made just the one and it’s just for my wife.”