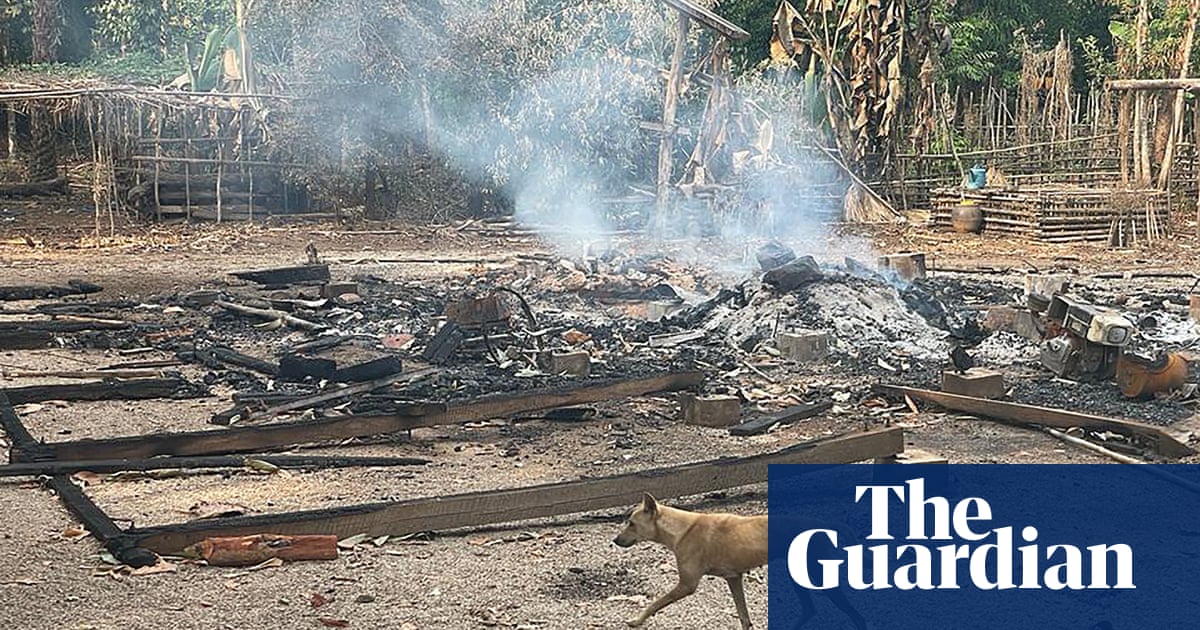 Myanmar junta troops have torched hundreds of buildings during a three-day raid in the country’s north, local media and residents said, as the military struggles to crush resistance to its rule.

Analysts say the informal militia has surprised junta forces with its effectiveness, and the military has on numerous occasions called in air strikes to support its troops on the ground.

En 26 Mayo, villagers in Kinn fled as soldiers approached and began shooting into the air, said one resident who requested anonymity.

“The next morning we saw smoke rising from our village before they left.

“Over 200 houses were burned down … my house was totally burned down, only the concrete foundation is left.”

Drone footage purporting to show the aftermath showed columns of smoke rising into the sky from the villages, set along a roughly 8km (five-mile) stretch of the Chindwin river.

A health clinic seen in the video matched the geolocation of one in Ke Taung village.

Digital verification reporters with Agence France-Presse confirmed the footage had not appeared online before last week but could not independently verify reports from the region.

Soldiers “raided and destroyed our houses”, said Ke Taung villager Aye Tin, who requested to use a pseudonym.

“And they also burned motor boats that we use for transport and for carrying food for our village, including my boat.

“My life is ruined, as I have lost my home … and I [tengo] nothing left to do for a living.”

The junta has previously rebuffed claims its troops have torched houses, accusing “terrorist” PDF fighters of starting the fires.

In a speech on Tuesday, the junta chief, Min Aung Hlaing, said “efforts were made to minimise the casualties as much as possible in performing the counterattacks to terror acts”.