My young son feels guilty about hurting his friend at school 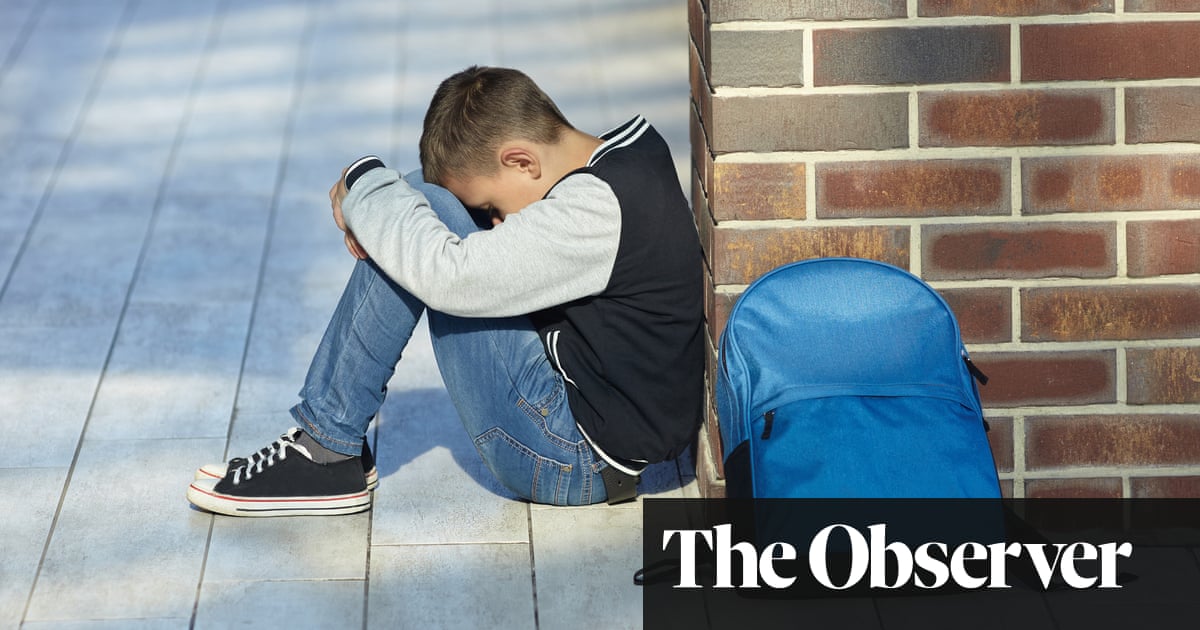 The question A while back my son physically hurt a friend at school. He stopped when the teacher told him off. The friend has moved on, forgiven him and even invited him to his birthday party, but it is haunting my son as he still feels bad and really anxious about it. What happened was very much out of character and he can’t explain why he did it.

Here is my son’s letter to you: I am a nine-year-old boy. A couple of months ago, I hurt my friend by squeezing his neck tight. I don’t know why. Maybe I was overtired. Now I deeply regret this and have been feeling guilty almost every day since. I apologised and I keep apologising. The boy I hurt forgave me quickly, but I can’t seem to forgive myself. What doesn’t help is that I’m not religious so I can’t speak to God and ask him for forgiveness. After it happened, I was so distressed and quiet, but those feelings were bottled up inside me. Sometimes when I think about it my stomach hurts. I’m writing in the hope you’ll teach me how to move on.

Philippa’s answer sí, an all-powerful God, with powers of forgiveness, would make things simple, but you are not religious, so we’ll forget that.

No one is good all the time. Shame and guilt are uncomfortable but quite good feelings because they tell us we’ve done something that has made us feel like this and remind us not to do it again. Sometimes we experiment, then the experiment is a disaster and then we learn that isn’t a good way of going about things.

Humans could be thought of as having two brains. We could call them an animal brain and a reasoning brain. In emergencies, like when you step into the road without looking, it is your animal brain that makes you jump on to the pavement before the bus hits you. We need our animal brain as sometimes we need to act like that before we can think. When we are babies and children we are almost all animal brain and then, as we grow up, we learn when to be in animal mode and when to be in reasoning mode. Sometimes animal brain gets the better of us. It gets confused about when we need instant emergency action to survive and when we need to have a more thought-out response. Children are allowed to make these mistakes. Mistakes help us to learn. That’s why, when we are younger. we have adults looking after us because they expect us to have lapses. You and your friend were OK because there was a teacher to say stop y, when they did, you stopped. You instantly knew – when the teacher reminded you – that you didn’t have to hurt your friend. I call that winning. I’m not worried, I think your teacher and your mum will continue to help you to learn when it’s not appropriate for animal brain to take charge and when it is.

They are far more concerned that you aren’t forgiving yourself than that you will go around hurting people. It is important that you say to yourself that you are human and humans make mistakes and that’s how we learn. Even adults go inappropriately into animal brain sometimes – I bet Mum has had to say sorry once or twice. When you notice yourself worrying and fretting, don’t give yourself up to the worrying, but keep a part of yourself back to watch yourself worrying. The part of you that’s keeping watch – that’s your reasoning brain – can tell the worrying part of you that it’s OK to fret and feel guilty if you want to, but you don’t need to. And it’s OK to have a cry and/or a shout and let those feelings out.

When you say “overtired” I’m suspicious that this reason came from an adult. Adults love that explanation when something more complicated may have been going on. Were you being teased? Or maybe you felt under pressure and the only way you could express or find release in the moment was by applying similar pressure to your friend’s neck. If you go over the incident, what did you need to say to your friend in that moment, instead of doing what you did? Try shouting that out loud at top volume into your pillow and see if you don’t feel better.

It’s difficult, but a good idea is to put feelings into words before they begin to feel like an emergency to our animal brain. Talking releases pressure. And you don’t have to have it all worked out before you start to talk – sometimes we only find out what we are feeling in conversation with others.

Dear Mum, because we want our children to be happy, they can feel they are disappointing us if they are not. This means it’s harder for them to talk to us if they feel they won’t be taken seriously. Our rush to regain equilibrium might make them feel unacceptable if they have uncomfortable feelings or weird thoughts and that they have no space to work them out. Reassurance rarely works for long, instead encourage them to put words to their angst and be alongside them while they have tears or rage. I really like the way you both wrote to me together and you didn’t go behind his back.

Philippa Perry In Conversation With You, live at the Barbican, Londres, en 7 septiembre. For tickets go to barbican.org.uk