‘My pubic hair paintings could hang in your living room’: the artists reclaiming women’s sexuality 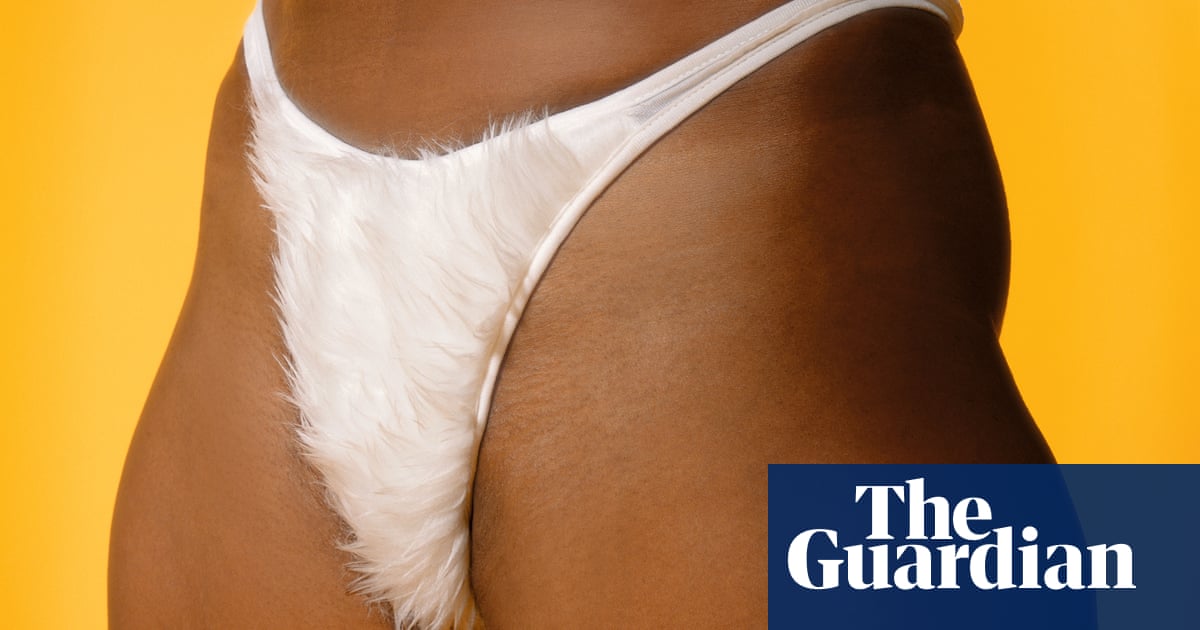 During the darkest days of the Trump presidency, writer Alexandra Weiss and her colleagues at the Black Book gallery in New York decided to address an issue that felt increasingly pressing. For centuries, women’s sexuality had been seen as a subject for men to pick over, the man in charge at the White House being the most prominent recent offender. But there was no shortage of examples, from L’Origine du Monde, Gustave Courbet’s 1866 painting of a woman parting her legs invitingly, to Alfred Kinsey’s revelatory 1953 report, Sexual Behavior in the Human Female.

It seemed a potent time to celebrate women’s perspectives on sexuality instead. Reproductive rights were under threat: among other things, the Trump administration had banned taxpayer-funded family planning clinics from referring women for terminations. Exploring women’s sexual pleasure in words and images, says Weiss, felt like “an act of resistance. Why not now? With social media, women have felt more comfortable talking about their bodies, but pleasure is often left out of the conversation.”

Alongside fleshy, upfront paintings by Jenny Saville, Sarah Lucas’s reweaponising of misogynistic imagery, and glossy bondage-inspired magazine shoots by Ellen von Unwerth are photographs lifted from Renee Cox’s bold and fearless 2001 series American Family. Cox addresses big issues: religious conservatism, the absence of the black body in art history, and the tensions raised by representing an American family with a black mother and a white father.

American Family also foregrounds Cox’s own sexuality as she turns 40, the age female allure apparently begins to dwindle, or so we are frequently told. Posing in high-cut black lace lingerie, tightly corseted, or naked but for a white fur thong, Cox refuses to fade into the background, or hide her desire. The work, the artist tells me, makes a proud announcement: “I am still visible, I’m still viable. I’m still out here. I’m still doing my thing. And I’m going to do it the way I want to. You can’t write me off.”

Cox credits her French husband’s family for giving her an ease with her body. “When I met him,” she says, “his parents were naturists. We spent six weeks in a nudist camp in Corsica. The first three days were a little bizarre. After that, you don’t even pay attention to it any more.”

She makes a distinction between the sexual imagery used in American Family, and other works, such as 1996’s Yo Mama’s Last Supper – in which she is merely nude, filling Christ’s position in a take on Leonardo’s original. “Nudity was about the release of being judged, of being placed into a box because of clothing or paraphernalia.” Once you have clothes, she points out, the attention shifts to “class, where you’re from, and other little reference points. So I like nudity in terms of its purity.”

The first edition of A Woman’s Right to Pleasure sold out in weeks. No surprise there, you may think: sex sells. Not necessarily. The exploration of sexuality from a woman’s perspective has, and continues to be, controversial. When New York-based artist Marilyn Minter went searching through art history for nude works that included women’s pubic hair, she could find just 10 paintings. “Artists thought pubic hair was vulgar,” says Minter. In the early 2010s, she started a series of large, lush paintings zooming in on pubic triangles from “all colours, all races. And I make them so beautiful that you can put them in your living room. But no one buys them. I don’t care. I know how great these bush paintings look.”

The book also features the gloriously upfront feminist artist Betty Tompkins, who recalls a talk once given by a New York gallery director. “Somebody,” she tells me, “had given him this great advice: the hardest paintings to sell were paintings of dicks, and green paintings.” So after the talk, Tompkins “did an airbrush painting of a dick. The whole painting is grounded with a green. I also did a version of it on canvas. And then I did some others with greenish colours.” She laughs. “And I own them all.”

While Minter and Tompkins test the conservatism of the art market, defying it is not their raison d’être. The paintings by them chosen for the book probe less obvious, less charted territory: things kept hidden, such as pubic hair, and subjects ignored, such as women’s desire. Particularly in the early years, this made their work a troublesome proposition – not only for collectors, but also for their feminist contemporaries.

Sex, explains Tompkins, “has definitely not been considered a feminist subject”. In 1969, she made her first Fuck Paintings, based on details of penetration from black and white pornographic photos owned by her then-husband. These large, photorealistic paintings seemed out of step with the anti-porn feminism of the time. Largely ignored in New York, the Fuck Paintings were selected for exhibition in Paris, but censored on arrival and never made it past customs. They have only been widely shown in the 2000s.

Tompkins says this territory is still considered risky. “My observation over the years was that, once in a while, a younger female artist would embrace the subject of sex. And they would do it until they were just a little bit known. Then they branched out, every one of them, because it was not really acceptable as a subject.”

This is hardly surprising: foregrounding sexuality remains a double-edged sword for women. In Tompkins’ series Insults/Laments, slurs directed at her friends hover before airbrushed paintings of vaginas: “The only way you will make it in the art world is on your back” or “I’m going to Jackson Pollock all over her face.”

In 2016, when Minter wanted to photograph Miley Cyrus to raise funds for Planned Parenthood, an organisation battling to maintain termination services across the US, she had to argue hard for the group to agree. “I saw how [Cyrus] totally owned her own sexual agency from day one,” says Minter, who speaks admiringly of the star’s Happy Hippie foundation for homeless and LGBTQ youth.

As a young woman, Cyrus’s “crime” was an overtly sexual performance on MTV. “She grabbed her crotch,” says Minter, “and she was slut-shamed all over the country. I had to make the case she was an activist.” The artist blames the insidious influence of conservatism in the US for the fact that Cyrus is one of the few celebrities who will speak publicly about termination. The point was brought home to her last year: “I did a show called Abortion Is Normal. And women I know well, my age group, were saying, ‘You can’t say abortion is normal.’ They really drank the Kool-Aid of the far right, constantly chipping away.”

Curiously, in a book dedicated to the erotic female gaze, there are few images of men, while a disappointing preponderance are of model-like attractive women. (According to Minter, “women get off on looking at other women: what turns women on is being desired”.) Notable among the few male nudes are blurry, jagged-edged portraits captured by artist Dani Lessnau, using her vagina as a camera shutter. “I was trying to photograph a relationship I had in a normal way and it felt flat,” says Lessnau. “It didn’t feel like my perspective. I encountered Ann Hamilton’s work – she put pinhole cameras in her mouth. It hit me that if she can put it in her mouth …”

Like sex, the process was messy: Lessnau turned eight plastic film canisters into pinhole cameras, covering each with a condom before use. A single exposure took up to 90 seconds: a long time when you’re trying to keep still with your legs apart. “Sometimes the shoots were sexual and sometimes they weren’t,” she says. “But there was always a lot of desire. The men in the series all responded differently – some saw it as fun, freeing. There were always interesting conversations.”

The friends and ex-lovers who sat for her initially felt awkward about having to stare steadily at Lessnau’s vagina for a prolonged period. But, she says, “by the eighth shot, people are disarmed”. After centuries of women’s bodies being observed by male artists, it is an immaculate reversal: Courbet’s L’Origine du Monde shoots back.

• A Woman’s Right to Pleasure is published by BlackBook. The podcast is available now. 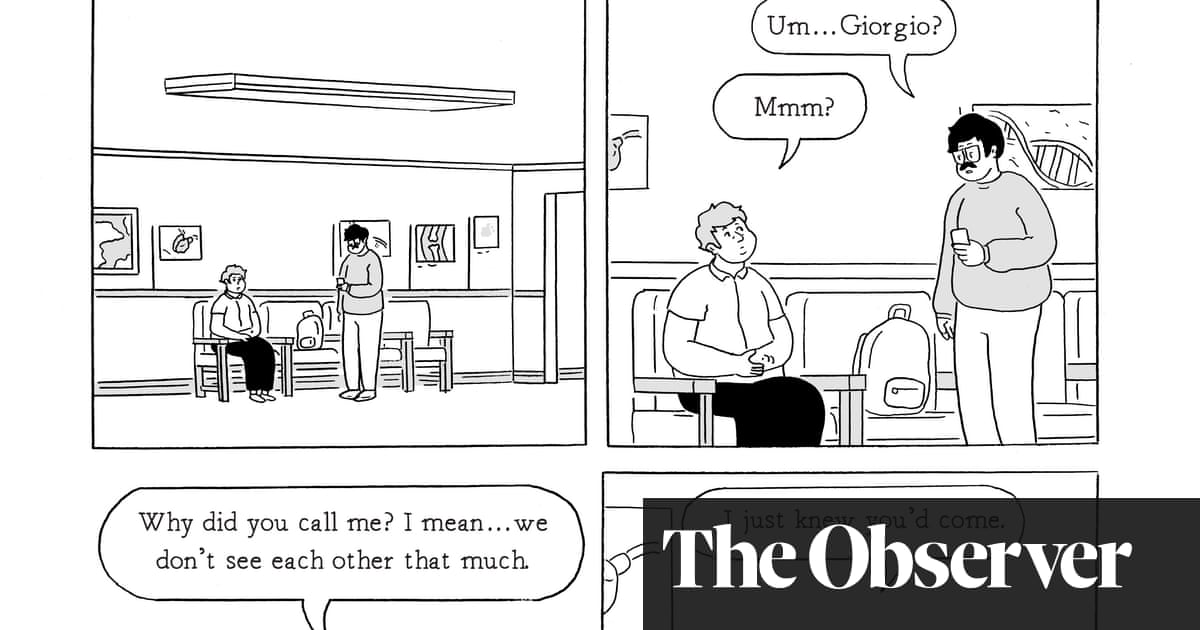