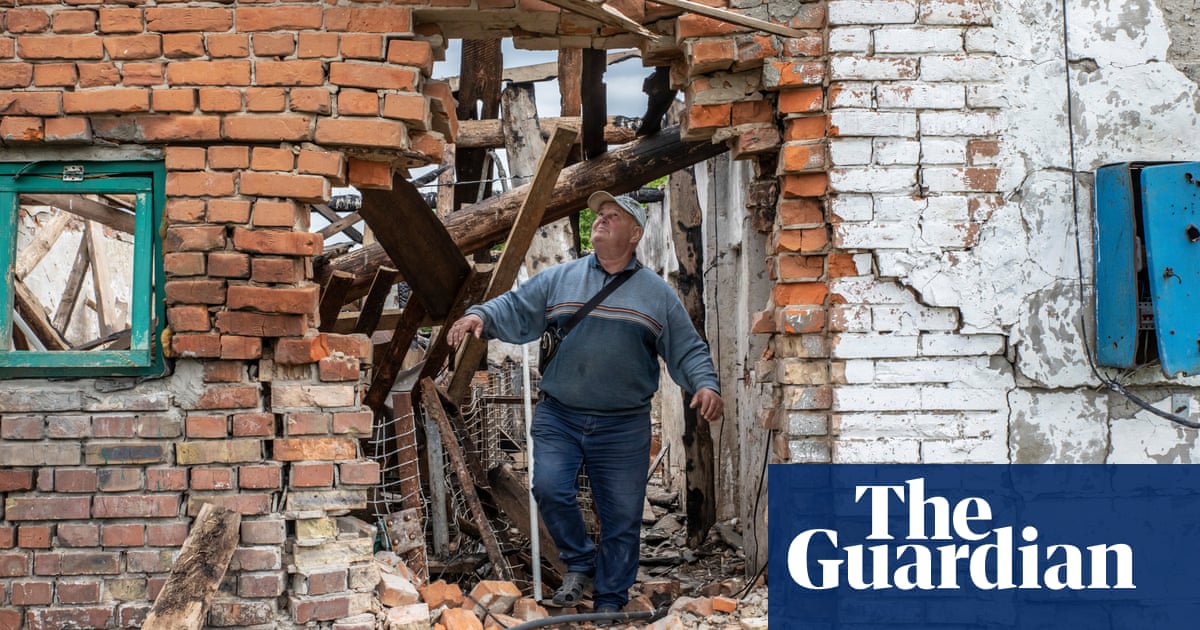 There was a gruelling artillery duel between Ukrainian and Russian troops, positioned just four kilometres apart. Right in the middle, between the two frontlines, stood Ivan Mishchenko’s farmhouse, with his dozens of cows and 100 hectares (247 acres) of wheat fields, transformed into a bloody battleground for five consecutive days in early March.

“They were shooting so hard, as if it was some kind of computer game. The first two days I stayed in the house, but then it was so insufferable that I had to leave. When I returned, I was in shock. My house, the warehouse, the barns … were all destroyed. I lost everything.”

Mishchenko, who has livestock and grain fields, is one of hundreds of Ukrainian farmers whose businesses were devastated by a war that has unleashed economic devastation in the country and threatened famine elsewhere. And like other farmers in Ukraine, his few hectares of surviving wheat fields cannot be harvested due to the shortage of fuel in the region and after his harvester and other machinery were destroyed by shelling.

Silos and ports across Ukraine are brimming with more than 20 million metric tonnes of grain and corn that has nowhere to go, with Russia blockading the country’s Black Sea coast and the exit routes for Ukraine’s grain.

Ukraine used to export most of its goods through seaports but since Russia invaded the country, it has been forced to export by train or via its small Danube River ports. As a result, global wheat prices leaped by 20% in March, owing to the direct impact of the war on wheat production, with the world facing a worsening state of food insecurity and malnutrition, at a time when 42 million people were already one step away from famine.

David Beasley, the executive director of the UN World Food Programme, which feeds 125 million people and buys 50% of its grain from Ukraine, appealed to the Russian president, Vladimir Putin: “If you have any heart at all, please open these ports.”

“This is not just about Ukraine,” Beasley said last week. “This is about the poorest of the poor who are on the brink of starvation as we speak.”

“The war will absolutely cause grain shortage and perhaps hunger,” says Mishchenko. “We already have problems, because even those farmers who managed to sow their fields, they simply don’t have enough fuel to harvest. Another problem – fertilisers; we used to import them from Russia and Belarus, not enough fertiliser means you harvest 20-30% less.”

Before the Russian invasion, Ukraine served as one of the world’s leading breadbaskets – exporting roughly 4.5m tonnes of agricultural produce per month through its ports, including 12% of the planet’s wheat, 15% of its corn, and half of its sunflower oil.

Last year, Ukraine produced about 33m tonnes of wheat, of which it exported about 20m tonnes, making it the sixth largest exporter globally. This year, with the situation as it stands, according to the satellite analysis company Kayrros, which uses artificial intelligence combined with data from satellites to monitor commodities, the wheat harvest in the country is likely to be down by at least 35% compared with 2021.

“I don’t know how to survive,” says Mishchenko, who toured the world before the war with a Ukrainian folk choir. “The government doesn’t have the money to help us rebuild. All the money goes to the army.”

The cannon shots of both Russian and Ukrainian artillery destroyed his warehouse, the shed where he worked the grain and the house where he lived with his wife and son, Roman, 42. At least 20 of his cows were shot, the carcasses still lying inside the stables, which were also destroyed. The livestock that survived the bombings have been reduced to skin and bones after a blast incinerated tons of hay.

The war not only destroyed Mishchenko’s business. It also took his son-in-law away from him.

“He volunteered to join the army and was killed defending Marakiv.”

Like many other Ukrainian farmers, Mishchenko will have to start rebuilding everything from scratch. A few days ago, he launched a crowdfunder, and is hoping to resume his business as soon as possible.

Mishchenko was one of the first independent growers in Ukraine, after the fall of the Soviet Union. When he bought this piece of land with his wife, back in the early 1990s, all they had was a tiny trailer.

Today, the trailer is the only structure left standing after shelling, and that’s where Mishchenko and his son live today.

“Thirty years after I built all this, I am back in that trailer,” he said. “All my life – everything I have built with my own hands in these 30 years, was destroyed, in just one moment.”

Artem Mazhulin, AFP and Reuters contributed to this report 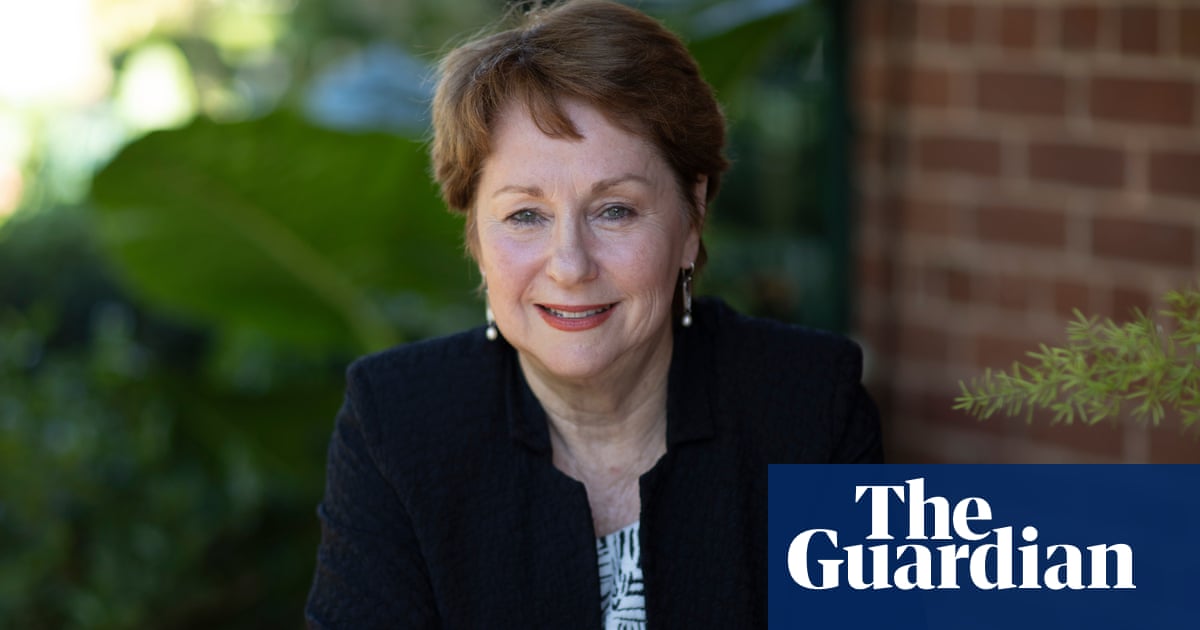 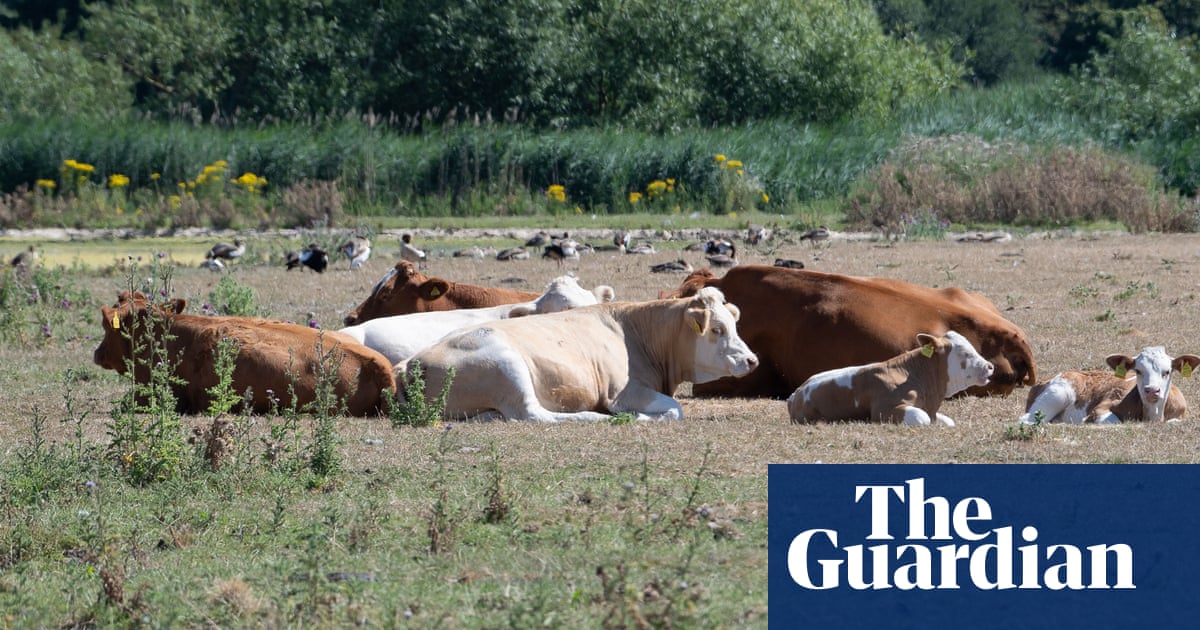 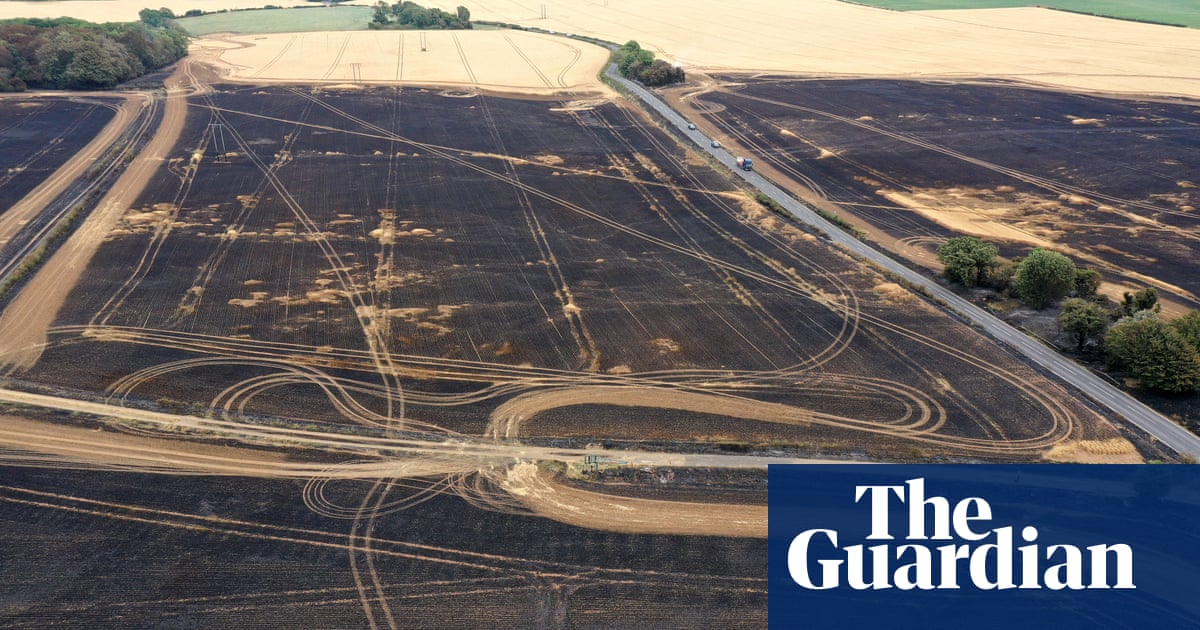 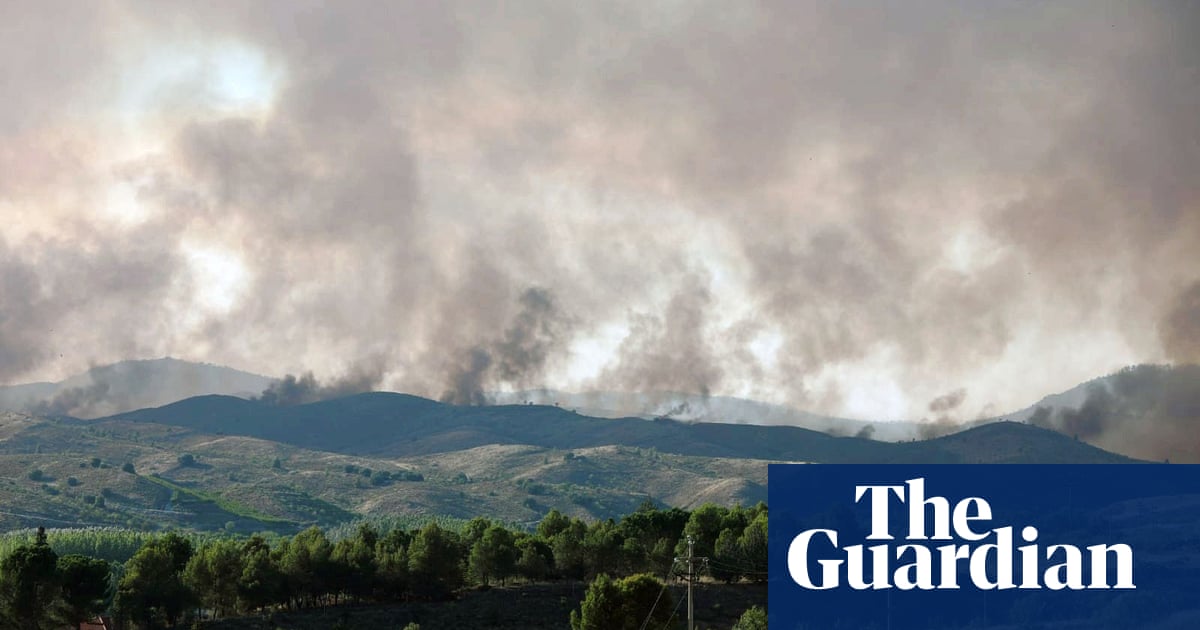 An international reforestation company has said it is “devastated” after one of its contractors accidentally caused a massive fire in Spain, where dozens of calamitous wildfires have raged this week. Land Life, a Neth... 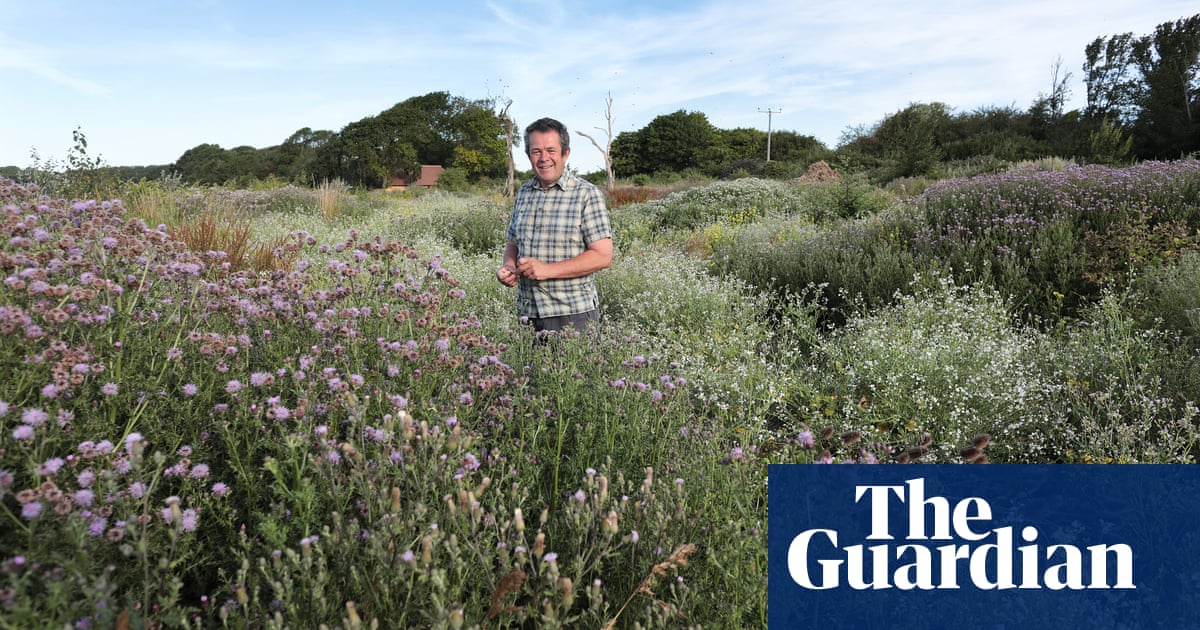 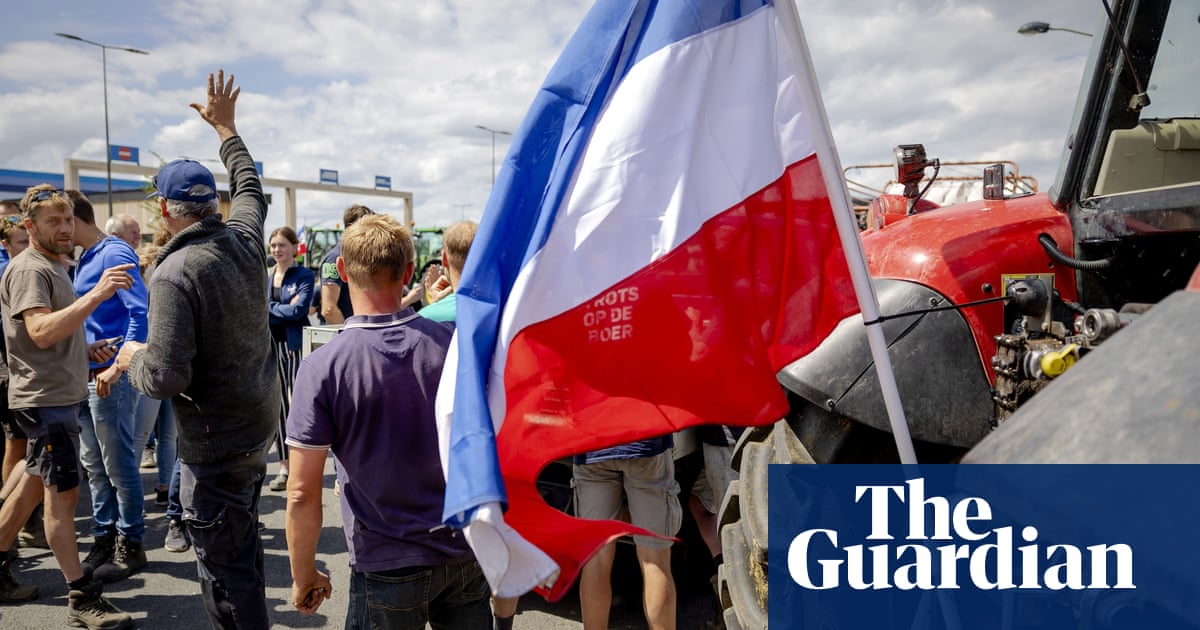 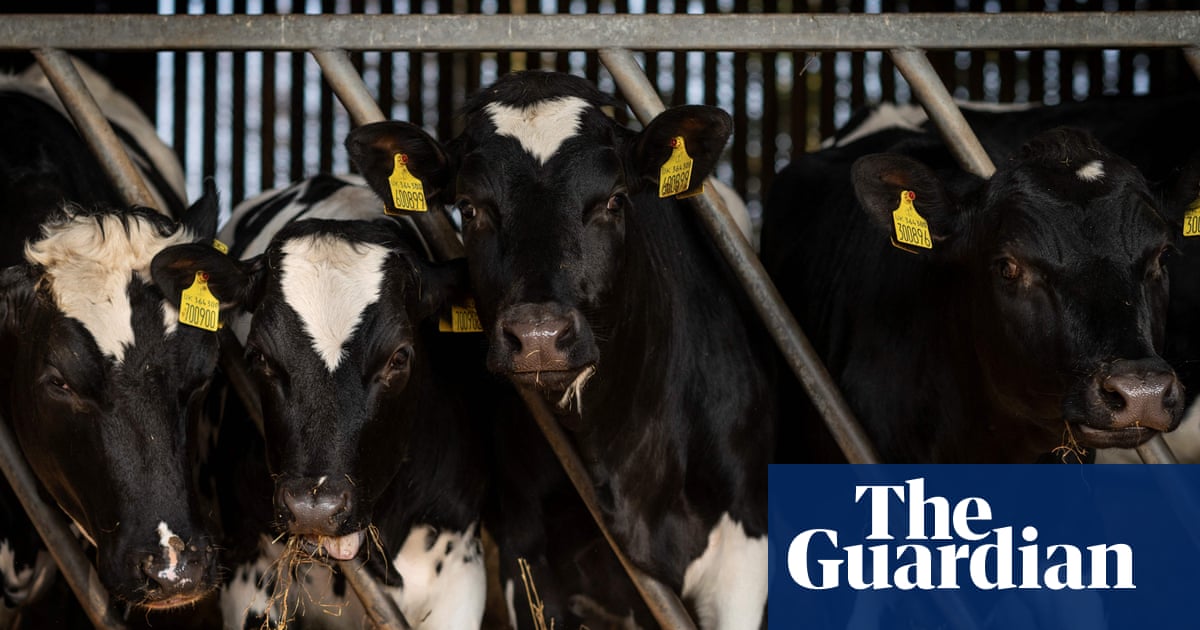