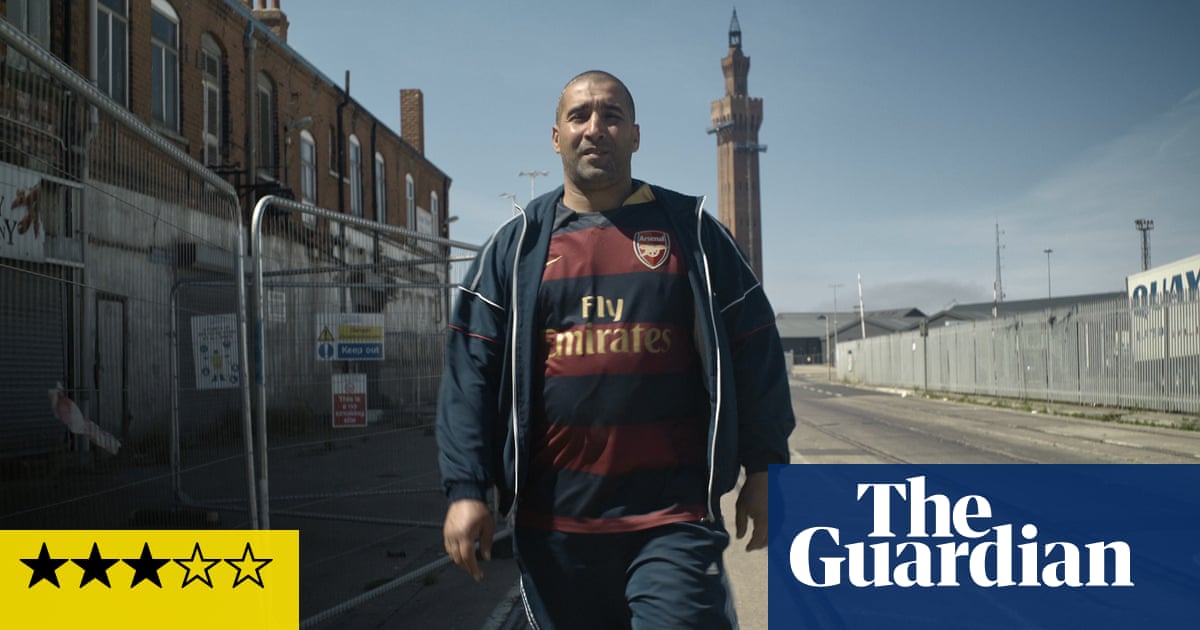 Algerian-Swiss film-maker Karim Sayad has here created a sweetly indulgent portrait of his “English cousin” Fahed: a pudgy, smiley, good-natured guy sloping about the place in his England shirt, someone whom you can easily imagine as a little boy. Twenty years ago, Fahed came to the UK from Algeria illegally and started out sleeping rough. Now, with a frustrating and burdensome existence in Grimsby working two jobs in a factory and a kebab shop and estranged from his English partner, he has a yearning to return to Algeria to be close to his mother. He even claims that there is an Algerian woman back home who wants to be his fiancee.

Sayad follows Fahed back to the old country, where the prodigal son finds a warm but tense situation. Fahed’s mum and his aunt are affectionate but exasperated at Fahed’s evasiveness on the subject of this woman to whom he’s supposed to have proposed: he doesn’t sound excited to be getting married and we never actually see his intended. Will Fahed settle back down in Algeria? It’s doubtful, for the simple reason that the people that he really seems to like – he lights up in their company – are his mates back in Grimsby, the lads that he shares a house with and goes to the pub with.

This is an opaque film; for all the directness of Sayad’s film-making style, there is an awful lot Fahed is keeping back from us. He won’t really open up to his mum or his aunt, and Sayad himself isn’t going to break cover and ask questions himself. It’s a gentle film, which leaves it up to us to decide whether or not Fahed’s decisions are the right ones.