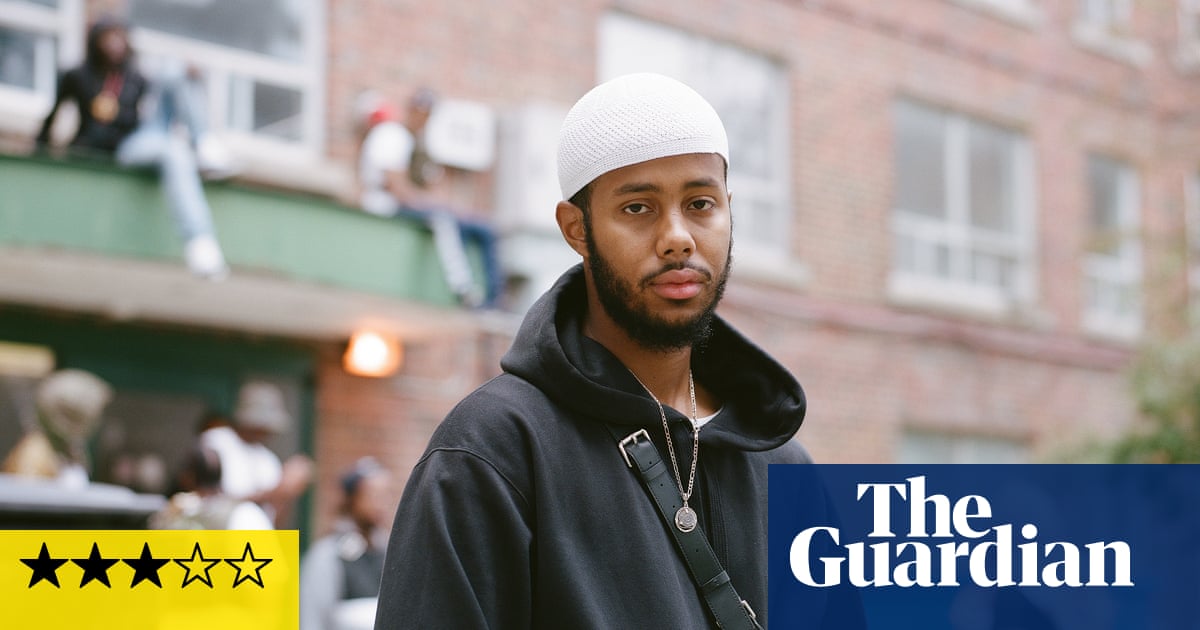 Growing up on Toronto’s Regent Park estate, Mustafa Ahmed first turned to poetry to bear witness to his neighbourhood’s difficult stories. After a spell as a songwriter for hire (credits include ウィークエンド そして Camila Cabello), his eight-track デビューアルバム harks back to his own experience and channels the trauma of loved ones lost to gun violence. On the song Ali, he mourns the friend he lost in 2017, and the limitations of his art: “There were no words to stop the bullets.” On Separate, he sings about a cohort “too young to feel this pain”.

The 24-year-old’s album arrives with the support of industry figures – Toronto producer Frank Dukes, plus our own Jamie xx and Sampha (the two collaborate on a tender piano track called Capo); James Blake was an early champion and collaborator. But the star here is Mustafa’s own voice. The singer cites Richie Havens as the figure who helped him reconcile the folk idiom with his own background as the child of Sudanese immigrants. Soft and wounded, and bearing the faintest echo of Islamic devotional songs, Mustafa’s delivery hits a bruised place somewhere between 21st-century folk and bereft R&B.