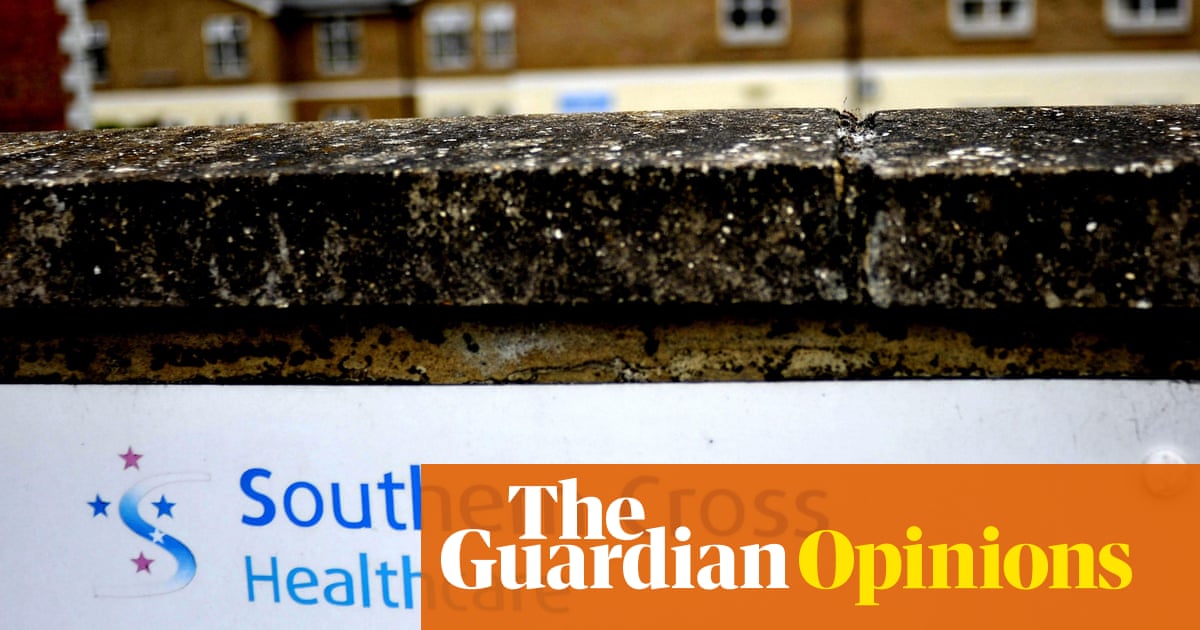 티he government’s health and social care levy bill is being rushed through parliament today, in one day and with minimal parliamentary scrutiny. The bill would create a new tax to generate additional funding of around £12bn a year for health and social care, but does nothing to address the mess of England’s privatised care system and its fundamental weaknesses. Put simply, the bill is just a massive bailout for multinational care companies.

Social services for community and long-stay care in the UK are among the most privatised and fragmented in the western world – even more so than in the US. Local authorities in England commission most of their care services from private providers, of which there are 14,800 registered organisations providing care across 25,800 locations. This situation arose as local authorities, facing budget shortages and central government-imposed regulatory and financial incentives, sold off their care homes and turned to outsourcing. Scotland and the other devolved administrations face similar structural issues.

According to a 연구 by the Competition and Markets Authority carried out in 2016 and updated in 2018, the care homes industry alone was worth around £15.9bn a year in the UK with 5,500 different providers operating 11,300 care homes for older people. 에 2020, there were 이상 456,000 care home beds in England, with local authorities and the NHS combined having closed and sold off an equivalent number during the preceding decades. For-profit providers, many of them large multinational chains, own 83% of care home beds with a further 13% provided by the voluntary sector.

But lack of funding is only part of the story – just as crucial is the loss of accountability for the enormous public expenditure since outsourcing became prominent. Unlike in the US, where the 2009 Nursing HomeTransparency and Improvement Act mandated greater transparency regarding where taxpayer funds were spent, in response to cases of hidden profit extraction from care homes, the UK has no such legislation. 사실로, it is virtually impossible to track where our public money is going.

여기, companies and their shareholders have squeezed spending on services and staff and found myriad ways to disguise and conceal profits.

For example, care is highly labour-intensive and in NHS and local authority-provided care services around 80-90% of annual revenues were spent on staff costs. A recent National Audit Office report covering England shows how companies have slashed staff costs since then: more than half of the large for-profit care home providers surveyed spent considerably less than 60% of annual revenue on staff. Studies in the US show for-profit operators generally have the lowest staffing levels and consequently poorest quality of care and worse outcomes, including deaths.

Take Southern Cross and Four Seasons, which went into administration in 2011 과 2019 respectively under the weight of debt, leaving tens of thousands of residents stranded and holding the government to ransom. Four Seasons had 200 companies arranged in 12 layers in at least five jurisdictions, including several offshore territories. HC-One, the biggest care home owner and one of the buyers of collapsed chain Southern Cross, 있다 50 companies, six of which are registered offshore. Care provider trade bodies often claim that providers cannot afford to pay above minimum wage, but HC-One paid out £48.5m in dividends to shareholders 에 2017 과 2018, despite declaring a loss year on year. It has paid no corporation tax and received tax credits from HMRC.

The overall quality of the care system is clearly declining. The number of older adults receiving local authority-funded care in England fell by 26%, from more than 1.1 백만 2009 to around 850,000 에 2013-14. According to the NAO there has been a tightening of local authority eligibility criteria, long delays in assessing eligibility, and inconsistent and inequitable application of criteria. Fewer people’s needs are being met, with all too often inadequate services, all being being provided by too few underpaid and overworked staff.

All in all, the Centre for Health and the Public Interest 견적 that around £1.5bn leaks out of the system every year. It points out that this money ends up listed as “dividend payments, net interest payments out, directors’ fees, and profits”. And crucially, “not going to frontline care”.

ㅏ national care system would begin to reverse this slide, and ensure that the costs of care are funded and distributed equitably. By returning private care provision to public hands we could ensure accountability, quality of care, and prevent public money from passing to private shareholders and investors. As it stands the national insurance levy is a bailout for these debt-laden, profit-seeking companies – parliament must oppose it until a real sustainable long-term plan for care is in place.