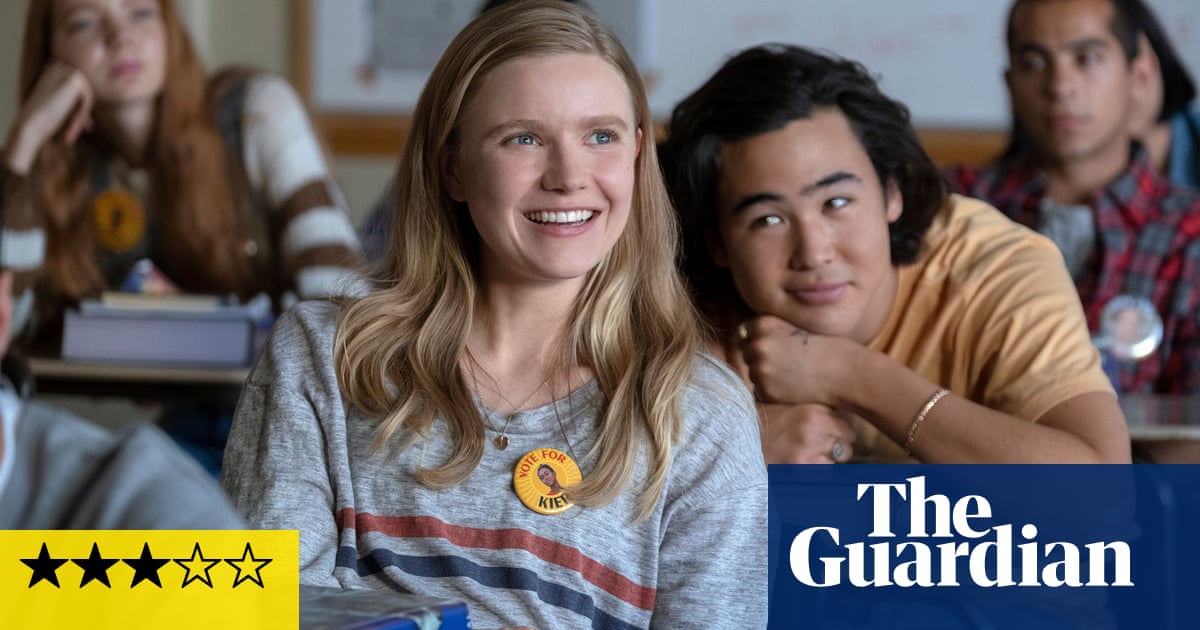 UN breezy tale of riot grrrl power passed down from mother to daughter, Amy Poehler’s return to the director’s chair (after 2019’s Wine Country) is a winningly optimistic high-school romp with timely #MeToo-era themes. Adapted by screenwriters Tamara Chestna and Dylan Meyer from the hit YA novel by Jennifer Mathieu, it may lack the depth of Eighth Grade or the punch of Booksmart, but it’s still blessed with enough post-punk energy to raise a smile, several chuckles and the occasional fist-punching cheer.

Hadley Robinson is Vivian, a head-down student (“It’s so nice not to be on anyone’s radar”) voted “most obedient” in the crass list compiled by high-school jocks, grotesquely ranking girls in categories including “best rack” and “most bangable”. Like the majority of her female schoolmates, including studious best friend Claudia (Lauren Tsai), Vivian accepts and even expects this kind of everyday sexism, thanks in part to the complacency of Principal Shelly (a smilingly dismissive Marcia Gay Harden) who sees it as just a bit of “fun”.

But when no-nonsense new arrival Lucy (Saved By il Bell star Alycia Pascual-Peña) stands up to leering school football idol Mitchell (Patrick Schwarzenegger), Vivian is inspired to join her battle – albeit anonymously. Fired up by an old suitcase packed with the detritus of her mother’s punky past (flyers, badges, cassettes), she knocks together the titular DIY feminist zine, and then secretly distributes it around the washrooms and corridors of East Rockport High. Presto, the whole school is asking: “Who is Moxie?", as formerly downtrodden girls of all social groups come together, taking a leaf out of the newsletter’s luridly photocopied pages to fight back against the boys.

Anyone with a soft spot for spiritedly rebellious high-school pics will find much here that is familiar, whether it’s the internecine intrigues of the Jane Austen-inspired Clueless, the thumbnail sketches of teen cliques so perfectly delineated in the Tina Fey-scripted classic Mean Girls, or the unpicking of sexual politics that harks back to the already heavily genre-reflexive Easy A. There are scenes of wardrobe solidarity that slyly echo the shoulder-strap rebellion of Stick It, and Nico Hiraga is clearly cut from Twilight’s “Team Jacob” cloth as late-bloomer Seth, formerly known as “the shrimp”, now a buff yet sensitive skateboarder who displays a puppyish new-man devotion to Vivian.

It would be easy to sneer at the diverse rainbow coalition whom Moxie imagines can suddenly put aside their differences, but the film is smart enough to acknowledge that middle-class white girl Vivian doesn’t have all the answers. A scene in which Claudia has to explain to her best friend that being the daughter of immigrants puts her in a very different position to Vivian strikes exactly the right note.

Smart casting is key to Moxie’s appeal, most notably rising star Robinson (previously best known for TV’s Utopia), who hits a well-judged balance between sympathetic, stroppy and occasionally sanctimonious. In the “adult” roles, Ike Barinholtz is spot-on as out-of-his-depth teacher Mr Davies, whose answer to “women’s issues” is to leave the room, while Marcia Gay Harden’s forced smile perfectly suits the principal who appears to lack principles. As for Poehler, she’s in her element as Vivian’s single mom, in search of a quiet life but whose rebellious spirit has not quite been quashed. “When I was 16,” she tells Vivian, “all I cared about was smashing the patriarchy,” a mantle that she has duly – if accidentally – bequeathed to her daughter.

A joyous performance by musical youths the Linda Lindas adds sparky charm, taking a lively stab at Bikini Kill’s anthemic Rebel Girl. Such positivity is entirely in keeping with a film that manages to address the spectre of bullying, harassment and rape with a sturdy spirit of defiance, humour and, most importantly, collective optimism.