Most hard drives have a lifespan of three to five years. Have you checked yours lately? 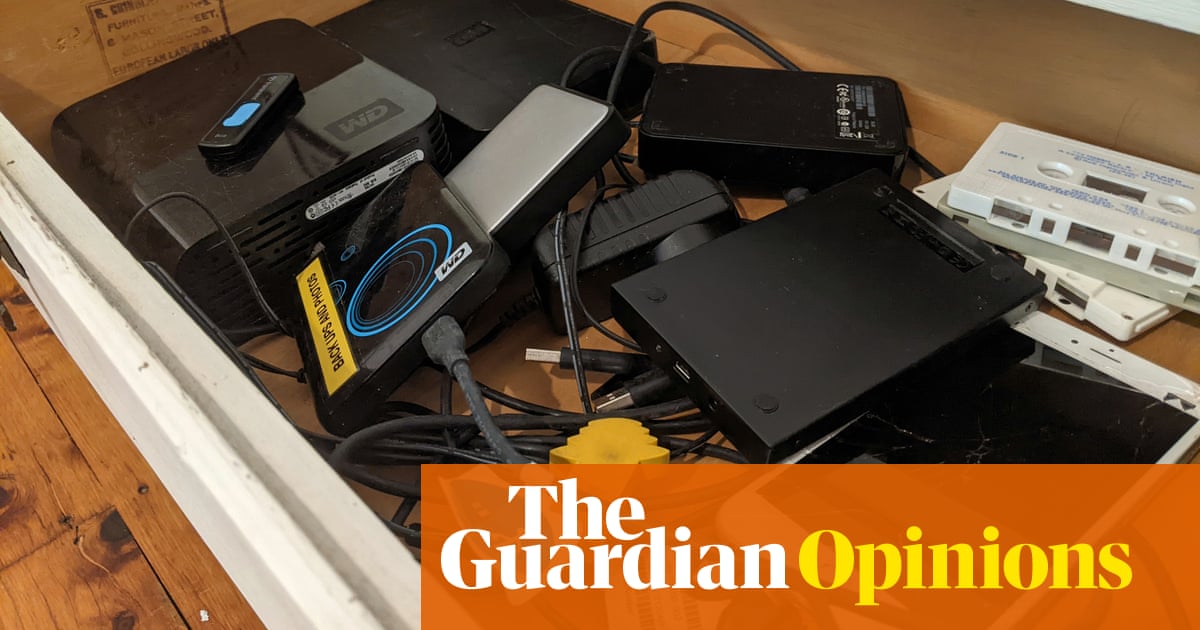 If you’re anything like me, you probably have a bunch of hard drives sitting at the back of a seldom-used drawer somewhere in your home. They likely contain an assortment of photos and videos, important (and not-so-important) documents, old laptop back-ups, and music, TV and movie files.

Maybe you intend to sort through them, keeping the good stuff and discarding the chaff. But perhaps that exercise feels a bit boring and overwhelming, so it keeps being relegated to the endless tomorrow.

You may feel comfortable that your data is safe on those hard drives until you get around to them, but if it’s been years since you last pulled them out, time may be passing faster than you think.

Unlike film, records, cassettes and CDs, hard drives have a lifespan of only three to five years – maybe 10 at the most – so it’s probably time to think about how to preserve that data over the long run.

Data storage has changed a lot in the past decade, so I asked for advice from Mohiuddin Ahmed, a lecturer in computing and security at Edith Cowan University, and Adnene Guabtni, a senior research engineer at CSIRO’s Data61. Here’s what they told me.

Ahmed says the best storage option depends on your definition and usage of personal data. For example, he doesn’t consider documents such as passports, licences and health records “personal” because the government and various organisations already hold copies of them.

What he does consider personal are family photos. If you’re only storing documents, you will need a lot less space than you do for media files and you should tailor your solutions accordingly.

“When I got my first computer my dad bought me a 20MB hard disk drive,” Ahmed says. “But now I have to use at least two 10TB hard drives, because we are seeing an explosion of data.

“If you’re someone who likes to shoot a lot of photos, videos and whatnot, then yes, probably every 10 years, you’ll have to buy a bigger drive.”

Ten years ago hard disk drives (HDDs) were the state-of-the-art technology. Since then, costs have dropped and capacity has increased, meaning they are still a solid option. But while they are still widely used, solid state drives (SSDs) are more robust, quicker to transfer data, last longer – and are correspondingly more expensive.

HDDs have spinning disks, where data is stored magnetically. “Obviously, anything that has mechanical components can fail – the disk can be scratched if it has a bump, anything can impact it,” Guabtni says.

“Plus, anything magnetic is not going to last forever. [SSDs] don’t use magnetic disks, there are no rotating parts. Instead [the data] is written on electronic components, which makes it a bit more robust.”

For Ahmed, this is where your data strategy comes back into play. If you have large files you are constantly transferring, speed is going to be an issue and the extra cost will be worth it. “My two cents is to go for the expensive solid state drive now because in the end it will last longer, and you’ll have a faster response time and be more secure.”

But regardless of whether you choose HDD or SSD, both have a limited life.

Cloud storage is now ubiquitous and you can usually find some level of free storage with services such as Google, Apple, Dropbox and so on. But at some point you will reach the limit of the free tier and will have to pay – usually an ongoing cost. Again, how much you pay will depend on the size of your data.

Of course, cloud providers also store data on drives but, as Guabtni points out, the difference is they typically rely on a very well-secured data centre where the environment is stable, the hardware is upgraded and constantly maintained, and your data is replicated multiple times making it harder to lose. Then the only concern is privacy.

“If you use cloud services to store your personal data and you set your password as 123456, that’s worse than storing it on hard disk drives,” Ahmed says. “You have to use strong passwords and multifactor authentication if you really want to save your personal data in the cloud.

“But when it is hacked, when the systems are compromised, you can’t really get back your private data. So there are pros and cons with each of those.”

“I know this is going to be tedious,” Ahmed says. “But if you really care about your data you should always have at least two backups – at least two. So basically, you plug into your computer and copy to two drives rather than one.”

To be extra safe, you should store your backups in different locations if you can. I have a friend who had his backup hard drive stolen along with his laptop, leading to the upsetting loss of years’ worth of photos. Fires and floods can lead to the same outcome.

If you’re really serious about data hygiene, you could follow the example of Ahmed, who each week checks the data stored in his various cloud services and transfers the essentials to at least two backup drives.

“Who knows what might get damaged?” he says. “If you have a toddler in your house, anything can happen.”

Steve Wright is to leave his BBC Radio 2 weekday show after almost 24 years, after the station’s boss told him she wants to do “something different” with the mid-afternoon slot. The show will come to an end in the aut...