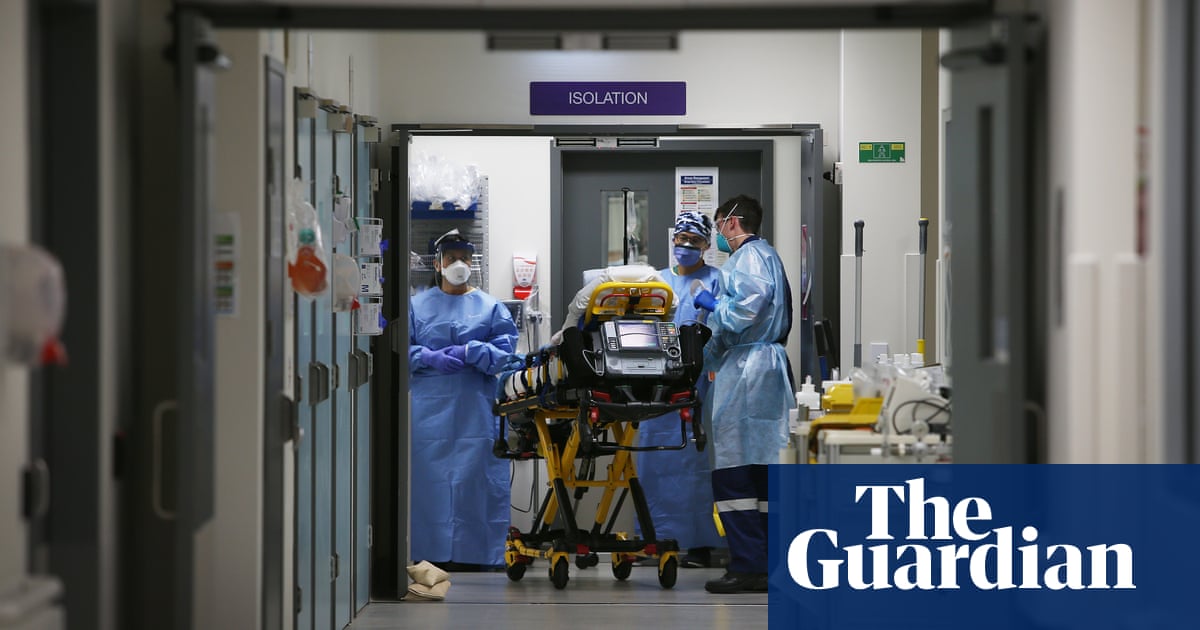 Good morning. Health professionals want a coordinated approach to the looming Covid crisis in New South Wales hospitals to mitigate stress on the already overburdened systems. The Taliban has appointed a new all-male interim government. And we have something extra for your ears with a new podcast in your Morning Mail today.

Doctors are warning that hospital emergency departments in NSW will face almost five times the number of Covid patients than intensive care wards. Medical experts have raised concerns of potential bottlenecks in hospitals straining under the surge of Covid patients, based on what has been seen in outbreaks overseas. The president of the Australasian College for Emergency Medicine, Dr John Bonning, said the ICU requirements were the “tip of the iceberg” for the expected demand on the hospital system. Bonning said that states needed to ensure that patients were being properly coordinated across the state’s hospital network, warning that failure to do so would see unnecessary diversions and inefficiencies. Intussen, intensive care doctors will ask the commonwealth to consider a national plan to fly ICU specialists into Sydney from interstate if pressure on the NSW hospital system worsens in coming weeks and have raised concerns over the the idea of abandoning nurse-to-patient ratios floated by the NSW government on Monday.

While the Morrison government has declined to claw back funds from profitable businesses that got jobkeeper, Centrelink has issued a Perth woman with a $1,600 debt dating back 12 years for her late mother. Tarnya Widdicombe discovered the letter after her mother’s death last month, and received a follow-up letter addressed to her mother’s estate after notifying Centrelink of her death. Centrelink cited failure to lodge a form as the reason for the debt. “It’s so inappropriate to be chasing up the non-lodgement of a form that is that old when people are not required to hold records that long.”

The Taliban have announced an all-male caretaker government including an interior minister wanted by the FBI. Afghanistan will once more be officially known as an Islamic emirate, as it was under Taliban rule in the 1990s, and its chief, Hibatullah Akhundzada, will be supreme leader. At least two people have been killed by violent policing of street protests against the new authorities and the UN reports food aid and other life-saving services in Afghanistan are close to running out and the country is facing a “looming humanitarian catastrophe” that could affect 36 million people.

Grace Tame has called the Morrison government’s pick for the new human rights commissioner a “grave mistake”. The Australian of the Year criticised the appointment of Lorraine Finlay, who has expressed concern about affirmative consent laws.

Australia and China have exchanged more than a dozen requests for help with investigations into criminal suspects over the past two years, despite the suspension of a similar treaty specifically with Hong Kong.

Promised environmental offsets for new and expanded coalmines in NSW have been delayed for years because governments have allowed companies to push back deadlines for protecting sites for conservation. At least nine mines have received special permission from regulators allowing them to avoid penalties.

One in four Australian teenagers reported experiencing psychological distress in 2020, according to a survey from Mission Australia and Black Dog Institute, which shows a rise in young people dealing with mental health issues.

Supporters of Brazil’s president, Jair Bolsonaro, have clashed with police as rightwing activists tried to force their way towards congress before major pro-government rallies.

The hearing for the alleged mastermind behind the 9/11 attacks has resumed after 18 maande. The pre-trial process for Khalid Sheikh Mohammed and four others defendants is in its ninth year with no clear end in sight.

Animals are increasingly “shapeshifting” because of the climate crisis, with warm-blooded animals changing their physiology to adapt to a hotter climate, including larger beaks, legs and ears to better regulate their body temperature.

Back in 2010, Paul Allam was unfamiliar with the term “social enterprise” when he received an unexpected request from an orphanage on the Thai-Burma border. Could he come and teach local Burmese refugee women how to use a new oven to make bread? He took up the invitation and returned from the experience fizzing with ideas about starting a similar project back home. Realising that there were virtually no paid opportunities for asylum seekers and refugees, Allam and his business partner, David McGuinness, launched Bread and Butter to offer training for those who were falling through the cracks of traditional employment schemes.

Australia’s feverish affection for Abba has long been a curiosity to other countries. Already, pre-orders for Abba’s upcoming album Voyage are selling out on the Australian site, but national devotion to these flamboyant Swedes has been going strong for some 46 jare. When ABBAWORLD, an interactive museum exhibition, toured Australia, emblazoned on the entrance wall was: “There is nothing more Australian than an unhealthy relationship with Abba.”

“Pre-Covid I was just a medical receptionist. Post-Covid I am a crowd control officer, bouncer, first aid supervisor, call centre operator and therapist,” writes a medical receptionist. “We were lucky enough to be able to organise an afternoon of appointments for the people in our community with special needs because we realised it was going to be up to us or these comprised people, invisible to society, would be left out. Receptionists should not have to feel like they are playing God as to who gets the vaccine sooner. The pressure this creates is monumental.”

Today Guardian Australia launches the Australia Reads podcast, in which an editor recommends some great writing we’ve published and an actor reads it aloud. First up, editor-in-chief Lenore Taylor recommends Thomas Keneally’s incisive essay on Australia’s fractured federation and the man himself reads it to you. Catch Guardian Australia’s best journalism on Wednesday, Friday and Sunday wherever you get your podcasts.

Today’s Full Story looks at how the Northern Territory’s Beetaloo Basin is key to the Morrison government’s plan to expand Australia’s gas supply. Guardian reporter Christopher Knaus explains why traditional owners and environmentalists are fighting to stop this from happening, and why there’s a Senate inquiry into government grants for companies keen to explore the basin.

Ben Stokes looks set to be missing when England announce their squad for this year’s T20 World Cup campaign. Stokes is currently taking an indefinite break from cricket in order to prioritise his mental health and continue rehabilitation from finger surgery in April.

The federal government will start issuing international Covid vaccination certificates from October, according to the Sydney Morning Herald, and talks are underway to determine which vaccines will be recognised in international travel bubble arrangements. There are concerns about vaccine hesitancy in central Australia with vaccine uptake lagging behind the rest of the Northern Territory, reports the NT News. Die AFL will not hold its traditional street parade in Perth before the grand final, and will instead host a free ticketed event so organisers can take a “conservative approach” to minimise contact between players and fans, sê WA Today.

A law firm’s bid to declare invalid NSW public health orders requiring some workers to be vaccinated will be heard at the supreme court in Sydney.

The United States has suffered the largest number of Covid-19 deaths: oor 600,000 at the time of writing. The same political and media players who deny the reality of global warming also denied and politicised the C...