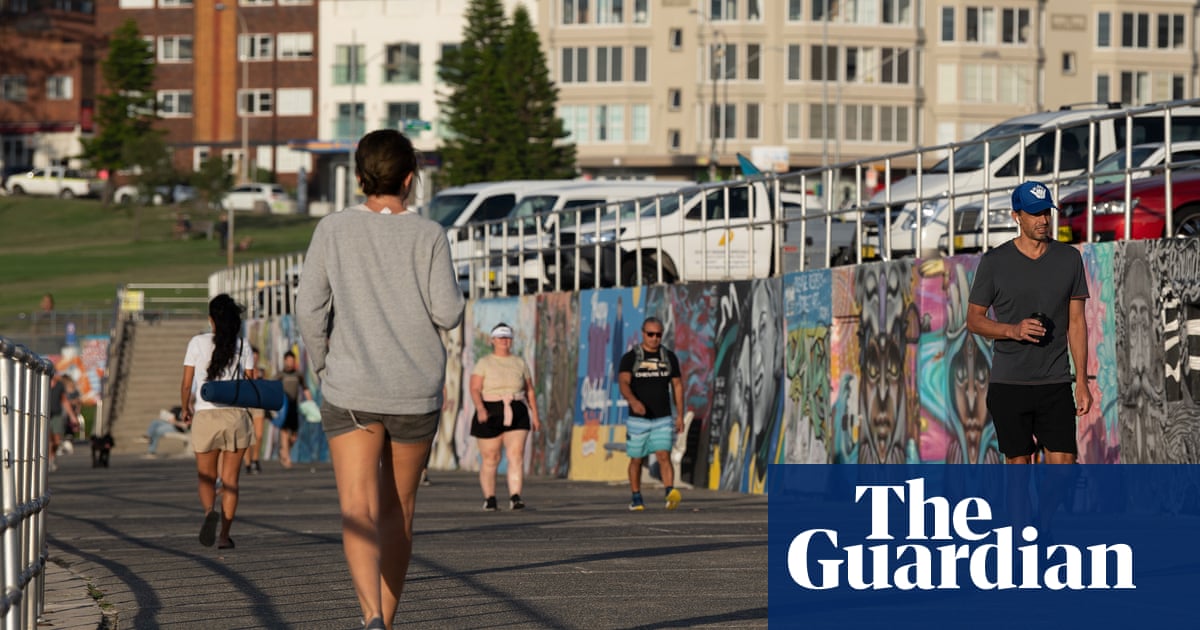 Good morning. Contact tracers in NSW are scrambling to contain the spread of Covid-19 in the community, Queensland police face scrutiny over domestic violence inaction, and the Guardian marks its 200th birthday. That, and more aplenty in Thursday’s morning mail.

NSW is bracing for more cases of community transmission after a man who tested positive for Covid-19 on Wednesday has health authorities concerned due to his level of activity while potentially infectious. The premier, Gladys Berejiklian, said the man, aged in his 50s, had been “very active in the inner east” areas of Sydney prior to being tested on Tuesday. As contact tracers scramble to identify people who may have been exposed to the virus, Berejiklian praised the man for using venue QR codes, making it easier for them to issue a list of venues of concern.

Moderna’s “tweaked” vaccine has successfully neutralised the worrying coronavirus variants that emerged in South Africa and Brazil in laboratory trials, the US company has said. Meanwhile, Canada has authorised the use of Pfizer’s Covid-19 vaccine for children as young as 12, with the United States tipped to follow suit “very soon”. Elsewhere, India’s neighbours have announced border closures, with the Himalayan nation of Nepal recording record new infections and “really frightening” strains on hospitals, according to local doctors. In Europe, Italy’s prime minister remains confident the nation can reopen to tourists in mid-May, excluding nations with mutant variants such as Brazil and India.

Donald Trump’s Facebook account should not be reinstated, the social media giant’s oversight board said on Wednesday, barring an imminent return to the platform. However, the board has punted the final decision over Trump’s account back to Facebook itself, suggesting the platform make a decision in six months regarding what to do with Trump’s account and whether it will be permanently deleted.

International student enrolments at Australian universities have almost halved since the start of the pandemic, with 43,000 fewer international students attending tertiary institutions compared with last year. One vice-chancellor has said the revenue lost would tally hundreds of millions.

Linda Reynolds has called for “hard discussions” over the future funding of the national disability insurance scheme, warning that on its current trajectory the NDIS “will not be viable in the medium or long term”.

Over half of the jobkeeper bonuses provided to private equity-owned retailer Best&Less has flowed through to profit the company, which is currently being touted to investors. Several leading Australian companies that posted improved revenues while receiving coronavirus subsidies have repaid the funds.

Labor leader Anthony Albanese has called for “serious” investment in the aged care sector, accusing the prime minister of “callously” ignoring the needs of “our most vulnerable citizens”, as part of a major pre-budget speech outlining his “cautious” spending credentials.

Mass protests continue in Colombia after another night of unrest that has seen 24 people killed in the past week. An unpopular tax reform prompted initial nationwide protests, but concerns over poverty and heavy-handed policy have swelled the civil disobedience.

New conservative president of the Madrid region, Isabel Díaz Ayuso, has proclaimed her party as a “counterweight” to Spain’s Socialist-led national government, after winning more seats than the three leftwing parties combined in a snap election that has been dubbed one of the most “fraught and vituperative” campaigns of recent years.

A prince from Liechtenstein’s royal family has been accused of shooting Romania’s largest bear, and possibly the largest living in the European Union. The prince allegedly paid €7,000 for a licence to “harvest” a kill, despite Romania outlawing trophy hunting in 2016.

Archaeologists have uncovered what’s being claimed as the oldest known human burial, after uncovering the remains of a child in Kenya, carefully laid to rest 80,000 years ago.

“Milestone birthdays are times for reflection, for assessing achievements and charting the path ahead.” Guardian Australia might be just eight years old, but as the Guardian celebrates its 200th birthday, editor Lenore Taylor examines the principles that guide the Australian office. “We report for Australia, but we are part of something bigger – a global parent company and the big foundational idea of independent journalism, beholden to nothing except the pursuit of the truth.”

In a year in which unemployment soared, and the economy staggered, the number of new mortgages taken out in March was 55% higher than it was in March last year. It flies in the face of conventional common sense, but as Greg Jericho writes, with the government buttressing the housing market and the banks providing record low interest rates, Australian house prices appear set to keep rising.

“I’m sick of paying heaps to live in a shoebox and I’m thinking about leaving the city for somewhere cheaper … No one thinks this is a good idea.” That’s the dilemma advice columnist Eleanor Gordon-Smith sets out to tackle this week, as thousands of Australians contemplate “city fatigue” under the ongoing shadow of a global pandemic.

“If my ancestors could see me they would hoot angrily on their bone-trumpets and fill my T-shirt with the semi-poison berries.” That’s Jack Vening’s assessment of how our predecessors would regard our present internet fixation. But they’re not here, and we are. So here’s this week’s 10 funniest things on the internet.

Bubble or boom? With Australian house prices continuing to break records, could large swathes of middle, and younger, Australia face being priced out completely? On this episode of Full Story, Martin Farrer examines the factors fuelling the current price rises.

The Reds have beaten the Brumbies twice already this season, but the key to clinching this weekend’s Super Rugby AU final could be in their own hands, literally, as Bret Harris explains. “Make no mistake, when the Reds’ passes stick, they are capable of scoring exhilarating, long-range tries, but the ball goes to ground too often.”

Sam Kerr has continued her scoring ways in the Women’s Super League, netting a brace against London rivals Tottenham, to ensure the title race with Manchester City goes right down to the wire.

The government faces a logistical nightmare getting citizens home from India, the Sydney Morning Herald reports. At least two repatriation flights will be dispatched to India every week once the controversial travel ban ends on 15 May. Taiwan has warned it’s preparing for a “final assault” by China, the Australian Financial Review claims, with the island’s foreign minister welcoming criticism of China from Australian government and defence officials. And the men involved in the kidnapping of former Test cricketer Stuart MacGill could be connected to a workplace dispute, the Herald Sun claims.

Hearings will be held in a class action against the commonwealth over robodebt.

Small dog, big bite. According to researchers in Finland the aggression level of dogs towards humans is related to their size, with pint-sized poodles more likely to growl, bark, snap or bite. Could this also translate to humans?