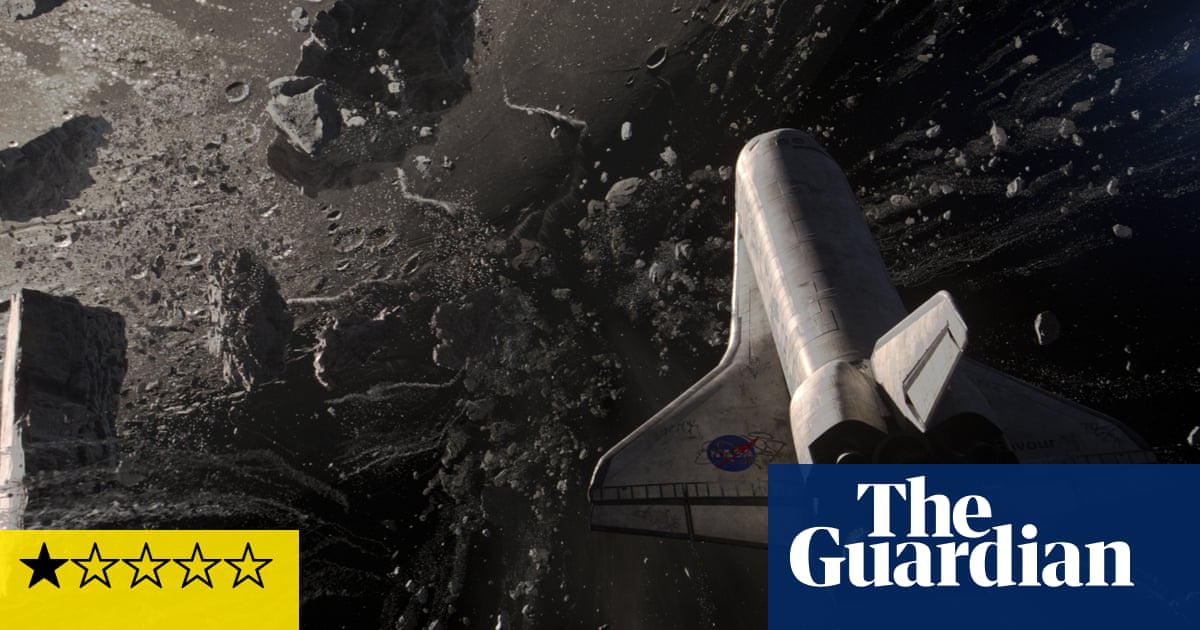 Just before Christmas, Adam McKay released his all-star apocalypse satire Don’t Look Up, in which the political and media classes’ refusal to understand the danger of an approaching mega-comet was symbolic of climate-crisis denial. 悲しいことに, that impeccably intentioned film turned out to be the celeb-comedy equivalent of Gal Gadot’s Imagine video. But its admirers said those critics disliking it were, as journalists, naturally complicit in the problem, and that they didn’t care about the environment. This liberal-arts version of Trumpian journalist-hate was all the odder as most of those expressing it were themselves journalists.

None of these issues apply to Moonfall, a film that is part of the well-established but humbler “disaster” genre, which paradoxically signals its lack of real concern in its deadly serious manner combined with a tacitly agreed happy ending, as opposed to satire concluding in tragedy. This bizarrely leaden new example of the action spectacular is from Roland Emmerich, a longtime master of these end-of-the-world-but-not-really films. But here the formulaic silliness, sometimes part of the enjoyment, is just tiring.

The idea is that the moon is spinning away from its axis towards us, causing environmental catastrophe down here on Earth. An ancient Nasa official working in a basement, played inevitably by Donald Sutherland, whisperingly confirms this awful truth. Patrick Wilson – set fair to be the Leslie Nielsen of his generation – plays maverick astronaut Brian Harper, who was unfairly dismissed for alleged incompetence which destroyed a satellite 10 years before, though actually it was his heroism that saved the life of his colleague Jo Fowler (Halle Berry), who is now a Nasa big cheese. その間, a wacky Brit weirdo with freaky theories about the moon is starting to get traction online: this is KC Houseman, played by John Bradley (Samwell Tarly from Game of Thrones), and it’s a rather Simon Pegg-ish role requiring much dorkishness.

As the moon looms ever closer, with CGI waves washing over buildings, Nasa and the joint chiefs swallow their pride and realise that they’re going to have to send a special mission of freethinking heroes and heroines up to the moon to get it sorted: ブライアン, Jo and goofy KC. Meanwhile their stepfamilies have tense adventures back on Earth.

It should be a laugh; it doesn’t pretend to be anything else, and certainly doesn’t aspire to contemporary satire. But the zany and somewhat Jules Verne-type revelations don’t put new life into the disaster genre; rather it feels as though the shark has jumped over the moon, resulting in what feel like hours and hours of solemn gibberish. For all the faults of Don’t Look Up, it was at least addressing something real and relevant. In this film the moon has fallen with a terrible clunk.