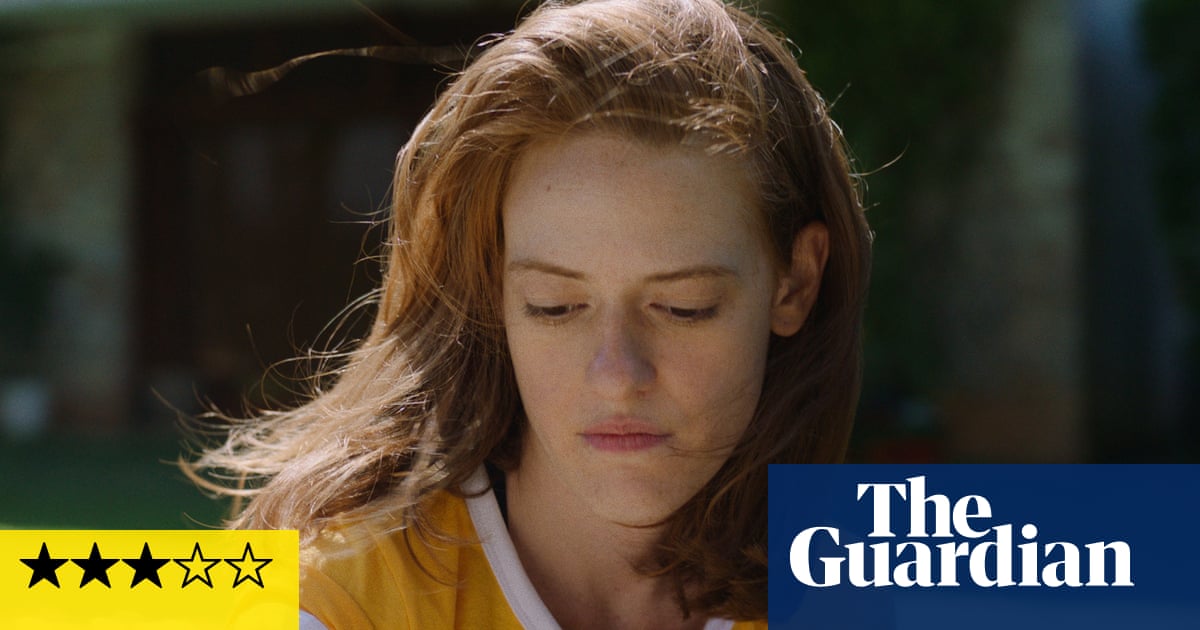 Jacqueline Lentzou’s debut feature is a difficult, elusive, but ultimately rewarding study of a daughter struggling to reconnect with her father: it’s a film which – initially at least – appears to occlude its own meaning with mannerisms which I associate with the absurdist style of the Greek new wave.

Sofia Kokkali plays Artemis, a young woman who has been away from her Athens family for a long time, but comes home when her father, Paris, (Lazaros Georgakopoulos ) suffers a stroke, rendering him hardly able to walk and all but speechless. Somehow, the responsibility of caring for Paris falls on Artemis while her extended family interview live-in caregivers and squabble about how to proceed. Meanwhile, her mother, estranged from Paris, seems detached from the whole situation, and Artemis is faintly disquieted to be reacquainted with an affectionate family friend: Iakovos (Nikitas Tsakiroglou).

It is all the more painful for Artemis because she and her father argued constantly in her teen years: the kind of confrontation which, in one agonised and faintly surreal scene, Artemis reenacts while alone in her bedroom, playing both parts, before finally collapsing in tears. The action – at first displayed through disorienting closeups and odd camera angles – is broken up with references to tarot cards and the phases of the moon, as well as old analogue video footage which Paris appears to have shot himself 20 years before with his own commentary, footage whose emotional meaning is effectively withheld until the very end of the film.

There is a kind of unemphasised intensity about this movie, which makes the climactic dialogue scene between Artemis and Paris effective, although I wondered if there was not perhaps a little too much tricksiness and contrivance in the way the “discovery” was managed and the opening scenes were shot. But Kokkali persuasively enacts both the emotional hurt and emotional healing.