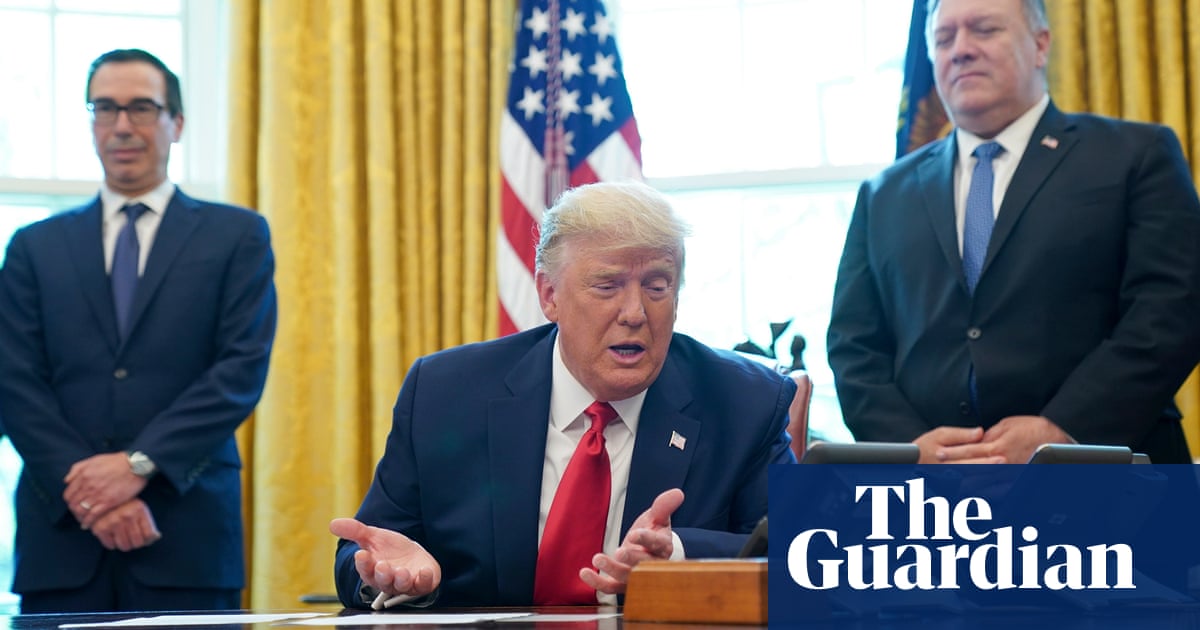 Donald Trump’s secretary of state and treasury secretary discussed removing him from power after the deadly Capitol attack by invoking the 25th amendment, according to a new book.

The amendment, added to the constitution after the assassination of John F Kennedy in 1963, provides for the removal of an incapacitated president, potentially on grounds of mental as well as physical fitness. It has never been used.

According to Betrayal: The Final Act of the Trump Show, by the ABC Washington correspondent Jonathan Karl, the treasury secretary, Steven Mnuchin, talked to other cabinet members about using the amendment on the night of 6 January, the day of the attack, and the following day.

Removing Trump via the amendment would have required a majority vote in the cabinet. Karl reports that Mnuchin spoke to Mike Pompeo, Trump’s secretary of state and an avowed loyalist.

Mnuchin did not comment for Karl’s book, which is published on Tuesday. Karl writes that Pompeo responded only after Karl told Trump the former secretary of state had not done so.

“Pompeo through a spokesman denied there have ever been conversations around invoking the 25th amendment,” Karl writes. “The spokesman declined to put his name to the statement.”

Karl also reports that Pompeo asked for a legal analysis of the process for invoking the 25th amendment.

“The analysis determined that it would take too much time,” Karl writes, “considering that Trump only had 14 days left in office and any attempt to forcefully remove him would be subject to legal challenge.”

Karl says Betsy DeVos, the education secretary, and Elaine Chao, transportation, might have supported invoking the 25th amendment but both resigned after the Capitol attack.

Chao is married to the Senate Republican leader, Mitch McConnell – who broke with Trump over the Capitol riot.

Karl also says that “while the discussions did happen, the idea that Trump’s cabinet would vote to remove him was, in fact, ludicrous”.

Pompeo is among Republicans jostling for position ahead of the 2024 presidential primary but that is a process which demands demonstrations of fealty to Trump, who continues to dominate the party in part by toying with another White House run.

Trump is free to do so because he was acquitted at his second Senate impeachment trial, on a charge of inciting the Capitol insurrection.

At a rally near the White House on 6 January, Trump told supporters to “fight like hell” to overturn his defeat by Joe Biden, by blocking certification of electoral college results. Trump’s vice-president, Mike Pence, eventually declined to weaponise his role overseeing the vote count, as Trump demanded he should.

Karl reports that in the aftermath of the Capitol riot, around which five people died, “at least two cabinet secretaries” asked Pence, who had been holed up at the Capitol as rioters chanted for his hanging, to convene a cabinet meeting.

Pence did not do so, Karl writes, adding that there is no evidence to suggest Pence was involved in 25th amendment discussions.

On 7 January, Nancy Pelosi, the House speaker, and Chuck Schumer, the Democratic leader in the Senate, formally asked Pence to invoke the 25th amendment. Pence waited five days, then refused.

Pence is also a potential candidate for the Republican nomination in 2024.