Minnesota police shooting of Daunte Wright: what we know so far 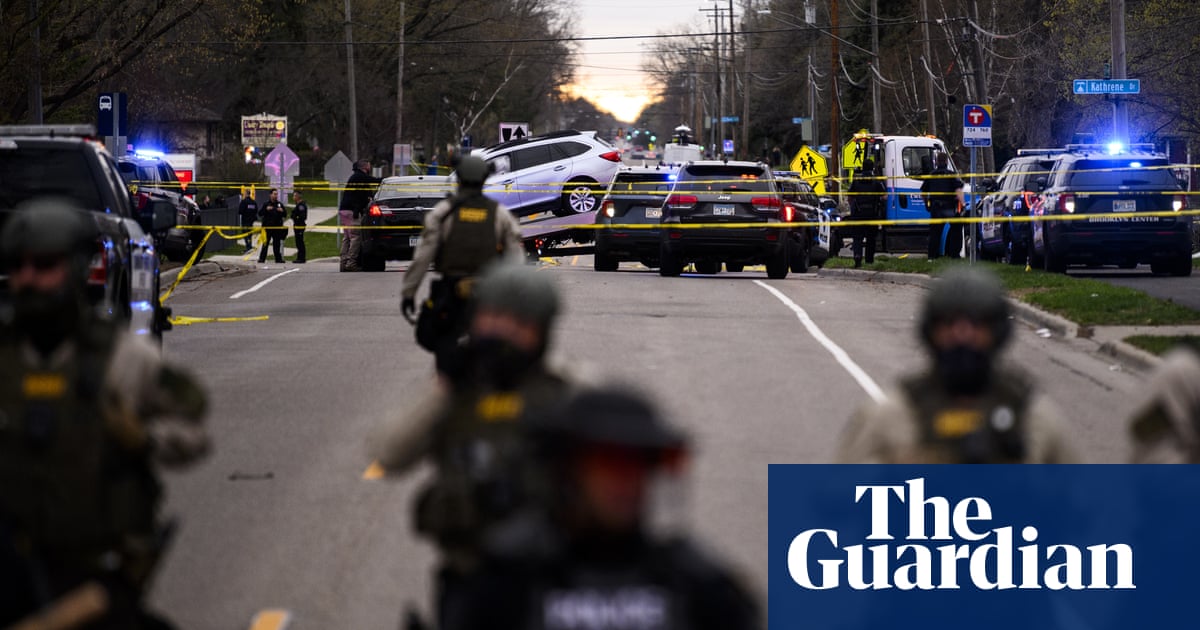 Daunte Wright, a 20-year-old Black man, was shot and killed by police in Brooklyn Center, Minnesota, on Sunday. Protests broke out in the suburb of Minneapolis, where one of the most-watched police trials in recent memory is playing out.

Tensions were already high for the trial of Derek Chauvin, a white police officer who knelt on the neck of a Black man, George Floyd, for more than nine minutes. Floyd’s death sparked protests and civil unrest across the US and globally, and led to a national reckoning over racism.

Wright was shot and killed by police in a traffic stop. Family members identified Wright at the scene. The town of about 30,000, 10 miles north of Minneapolis, has a large African American population.

Police said they pulled Wright over for a traffic violation. He was found to have an existing warrant, and police tried to arrest him. Wright went back into his vehicle, police shot at the vehicle; Wright was struck and he crashed several blocks later.

Katie Wright, a woman who identified herself as Daunte’s mother, said she was on the phone with her son during the traffic stop. He told her he was pulled over for having air fresheners dangling from the rearview mirror, which is illegal in Minnesota. She said her family bought Daunte the car two weeks ago.

“I heard scuffling, and I heard police officers say, ‘Daunte, don’t run,’” she said through tears, according to reports from the AP. The call ended. When she dialed his number again, his girlfriend answered and said he was dead in the driver’s seat.

It is unclear what warrant may have existed. Under most circumstances, police policy warns not to shoot into moving cars. Police said they believed the officer’s body camera was activated during the shooting.

Police said a group of about 100 to 200 gathered at Brooklyn Center police headquarters. Police shot rubber bullets and teargas into the crowd, which they said threw rocks and other objects.

The Associated Press and local media reported some stores in the area were broken into. Police declared the crowd “unlawful” by 11.30pm, according to Minneapolis Public Radio, and said anyone remaining on the street – including journalists – would be arrested.

Protests had dispersed by about 1.15am, according to the Minnesota commissioner of public safety, John Harrington. The local school district moved to remote learning out of an “abundance of caution” and a curfew was issued until 6am Monday.

The mayor of Brooklyn Center said: “Our entire community is filled with grief following today’s officer-involved shooting of Daunte Wright” and “our hearts are with his family”. He pledged to “make sure justice is done”, in a message posted on Twitter.

The Minneapolis Bureau of Criminal Apprehension was handling the case, and Minnesota national guard was on the scene, according to local media reports.

Minnesota’s Democratic governor, Tim Walz, tweeted he was “closely monitoring the situation in Brooklyn Center” and that he and his wife were “praying for Daunte Wright’s family as our state mourns another life of a Black man taken by law enforcement”.

Brooklyn Center is just 10 miles from Minneapolis, where Chauvin is on trial for second- and third-degree murder and manslaughter in the death of Floyd.

The trial has been closely watched around the world, and has already set a precedent as a police chief testified for the prosecution against the officer.