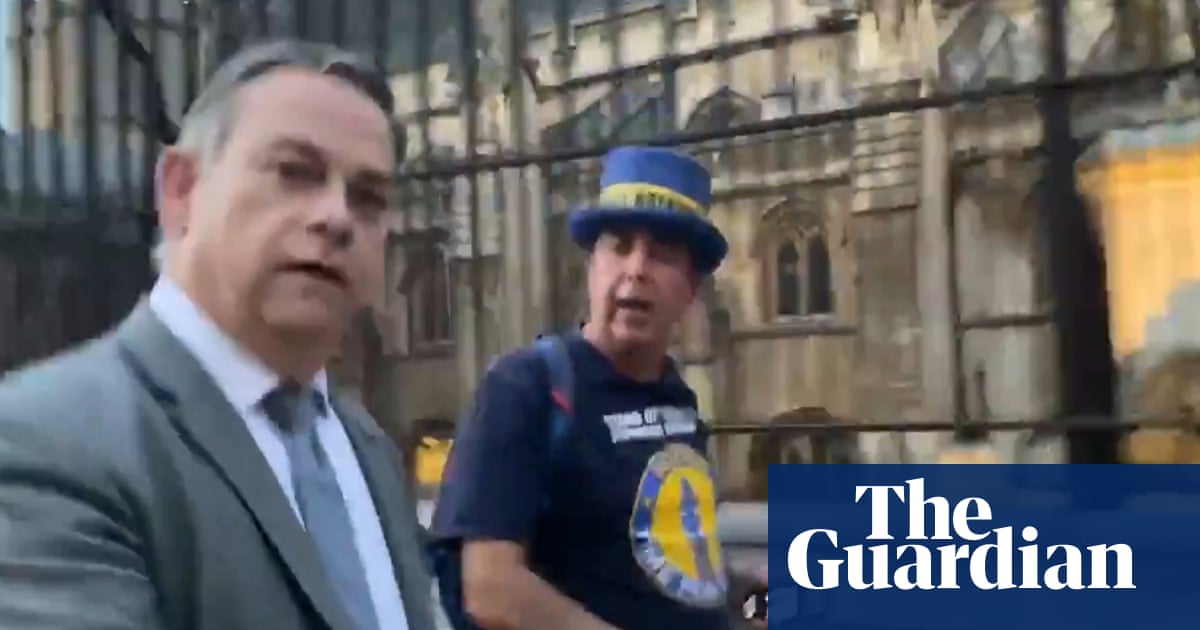 A minister has refused to apologise after admitting to using “colourful language” in a terse encounter outside parliament with a regular Westminster protester.

In a video shared by Steve Bray, an activist known for shouting anti-Brexit and anti-government slogans during broadcast interviews, the Foreign Office minister Nigel Adams appears to use a four-letter swear word twice during a filmed meeting lasting less than two minutes.

After being approached while walking by the gates surrounding the Houses of Parliament, a tense exchange results in Adams telling Bray: “Why don’t you talk to your MP and fuck off?”

In 'n verklaring, Adams did not apologise but instead argued his actions “no doubt reflected” the feelings of other MPs.

During the video shared on Twitter, Adams is captured telling Bray that he is “boring”, adding: “You get on my nerves.”

Bray goes on to accuse the minister of being under the influence of alcohol but the Conservative MP for Selby and Ainsty replies: “I haven’t had a drink yet.”

As Bray and the person behind the camera decide to stop following Adams, the minister appears to swear a second time, although the recording is unclear.

It is not known when the clash took place but it was first shared on social media by the activist on Wednesday.

Die Foreign, Commonwealth and Development Office was redirecting inquiries about the incident to Adams’ constituency office.

A spokesperson for the MP said: “The gentleman in the blue top hat who Mr Adams directed some colourful language towards is a well-known political activist known as ‘Stop Brexit Man’.

“He has spent the last few years harassing, following and hurling abuse at elected parliamentarians as well as interrupting journalists, preventing some from doing their job of reporting the news and conducting interviews.

“Mr Adams’ remarks no doubt reflect those of many democratic representatives trying to deliver on the will of the people and others seeking to go about their business who have been harassed or had their work disrupted by this individual and his handful of followers.”

Face masks should not become a “sign of virtue”, a government minister has said as she and her Conservative colleagues come under pressure to lead by example and wear them in the House of Commons. Gillian Keegan, die ...