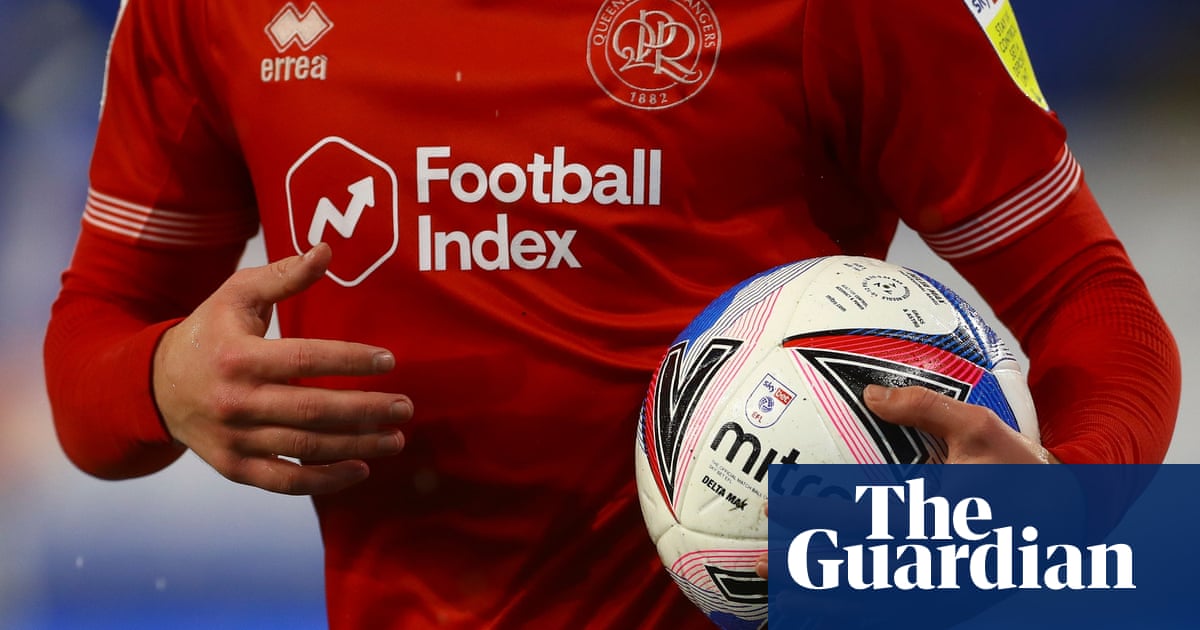 Whitehall sources said Whittingdale had held “frank” discussions with the Gambling Commission, which is without a permanent leader following the surprise immediate resignation of its chief executive this week.

The intervention is Whittingdale’s first since he recently took responsibility for overseeing a landmark government review of the sector, an appointment that attracted criticism due to his past friendly stance towards the industry.

The collapse of Football Index, which invited customers to buy and sell “shares” in football players, has left customers complaining that they are unable to retrieve thousands of pounds sunk from their accounts.

The Gambling Commission suspended the operating licence of Football Index last week, a few hours after the beleaguered betting company suspended “trading” on its platform.

The company, which sponsored both Nottingham Forest and Queens Park Rangers football clubs, is due to appoint insolvency specialists Begbies Traynor to act as administrators, raising uncertainty over whether account holders will be able to retrieve funds.

The Gambling Commission, which monitors the industry, has been accused of being “asleep at the wheel” over the affair.

Football Index’s collapse could not have come at a worse time for the regulator, which on Monday announced the sudden departure of chief executive Neil McArthur for unrelated reasons.

As well as the immediate difficulty presented by Football Index, the commission is wrestling with multiple complex and potentially controversial issues.

It is in the midst of a review into whether gambling firms should impose strict affordability checks to prevent punters losing too much, a measure that could meet with significant pushback from the industry.

The government’s gambling review is also under way, led by Whittingdale, while the commission is also overseeing the fourth bidding process to run the national lottery licence.

The Department for Digital, Culture, Media and Sport (DCMS) is understood to be considering an increase in budget for the regulator, which faced criticism from the National Audit Office for perceived weakness due to underfunding.

The collapse of Football Index has also proved embarrassing for the gambling industry, which is under particular scrutiny due to the government review.

Industry lobby group the Betting & Gaming Council (BGC) said earlier this week that it had suspended the membership of Football Index.

The BGC chief executive, Michael Dugher, has previously welcomed the partnership between Nottingham Forest, the team he supports, and Football Index.

He also praised the company in November last year for donating its space on the club’s shirt for one match to the YGAM charity, to mark Safer Gambling Week.

With regard to tackling the Omicron variant (Omicron variant spreads to Europe as UK announces countermeasures, 26 November), closing our borders buys us a little time, nothing more. So what are we going to do with it...