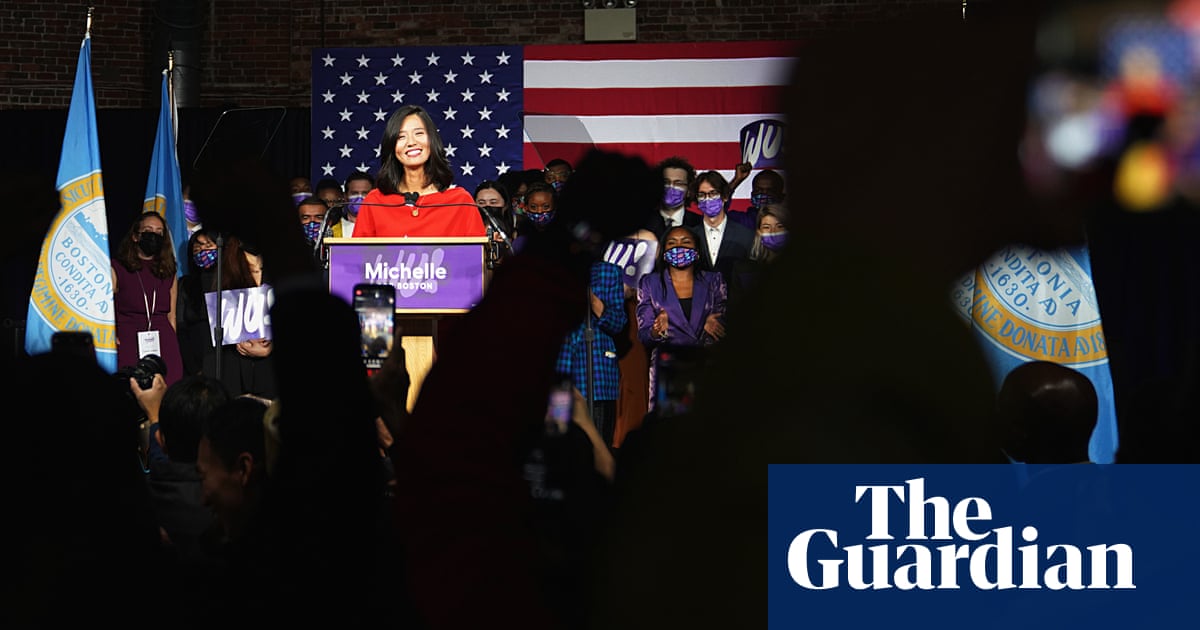 Michelle Wu has made history after being elected as mayor of Boston, becoming the first woman and person of color elected to the position in almost 200 years.

“From every corner of our city, Boston has spoken. We are ready to meet this moment. We are ready to become a Boston for everyone,” said Wu to her supporters on Tuesday night. “I want to be clear, it wasn’t my vision on the ballot, it was ours, together.”

In a victory for progressives, on an otherwise difficult night for Democrats, Wu defeated the Democratic city council member Annissa Essaibi George, who identifies as a first-generation Arab-Polish American. Essaibi George was also born and raised in Boston, with her family roots being heavily emphasized throughout her campaign.

“I want to offer a great big congratulations to Michelle Wu,” said Essaibi George at her election party on Tuesday night. “She’s the first woman and first Asian American elected to be mayor of Boston.”

Wu, who will be succeeding acting mayor Kim Janey, the first woman and Black person to lead Boston, is the child of Taiwanese immigrants. She moved to Boston from Chicago and is a graduate of Harvard University and Harvard Law School.

After launching her political career in 2013 when she was first elected to Boston’s city council, Wu has worked as a progressive, supporting policies like a Green New Deal for Boston and has been endorsed by other high-profile Massachusetts progressives including Senator Elizabeth Warren and Congresswoman Ayanna Pressley.

Wu’s mayoral platform also included progressive proposals like free public transit, an initiative that several US cities have been implementing, improving housing in Boston through rent stabilization and rent control, as well as abolishing the Boston Planning and Development Agency, with Wu saying it was time to “empower a planning depart to create a master plan for updated zoning and clear, consistent rules”.

The mayoral race between Wu and Essaibi George, two women of color, as well as Wu’s victory suggest major changes for Boston’s political scene. After 199 years of only white, male mayors, Wu’s win signals the changing values and increasingly diverse demographics in Boston. Currently, more than half of the city is made up of people of color and white populations continue to shrink.

Good morning. As Buffalo, New York, mourns the victims of a mass shooting at a supermarket Saturday that left 10 dead and three wounded, details are emerging about the shooter’s movements and how the devastating racis...