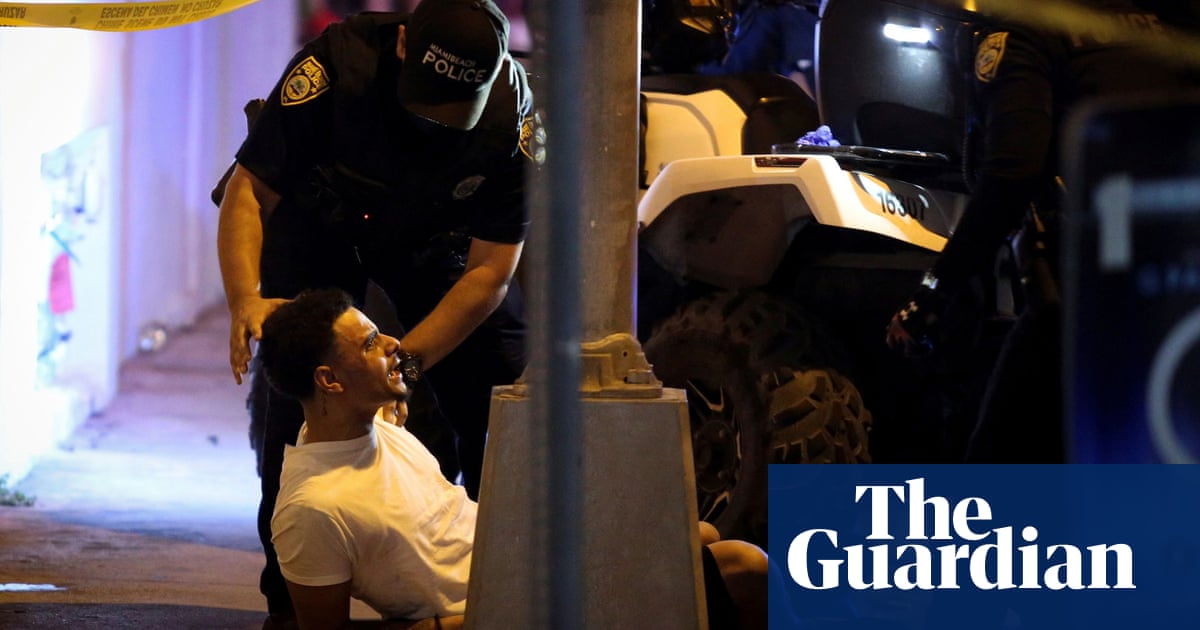 Officials imposed an emergency 8pm-6am curfew for Miami Beach, effective immediately, after hard-partying spring break crowds trashed restaurants, brawled in the streets and gathered in thousands without masks or social distancing, according to authorities.

At a news conference, officials blamed overwhelming and out-of-control spring break crowds for the curfew, which took effect on Saturday night in South Beach, one of the nation’s top party spots. Tourists and hotel guests were being told to stay indoors during curfew hours.

It was unclear how long the curfew would remain in effect, but interim city manager Raul Aguila told the Miami Herald he recommends keeping the rules in place through at least 12 April. A countywide midnight curfew was already in place due to the Covid-19 pandemic.

“These crowds are in the thousands,” Aguila said. “We’re at capacity.”

No pedestrians or vehicles will be allowed to enter the restricted area after 8pm and all businesses in the vicinity must close, Aguila said, reading from a statement released by the city.

The curfew came as a prominent bar, the Clevelander South Beach, announced it was temporarily suspending all food and beverage operations until at least 24 March after crowds crammed Ocean Drive, breaking out into street fights. At another restaurant next door, tables and chairs were smashed during a fight, news outlets reported.

Local officials and businesses have struggled to balance courting tourists to boost the economy while doing so safely amid the ongoing coronavirus pandemic. Tourism is No1 industry in Florida, generating more than $91bn in 2018.

Last year spring break was one of the first big casualties of the pandemic as beaches shut down across Florida when the US went into strict lockdowns. Alarming scenes of college students heedlessly drinking, dancing and getting up close without masks were plastered across social media.

At the same time, local officials banned alcohol from the beach, along with all alcohol sales after 10pm in an effort to curb partying. The city even sent cellphone text messages to tourists warning, “Vacation Responsibly or Be Arrested”.

“Spring break in Miami Beach may be one of the great rites of passage, but only if you plan on following the rules. Otherwise, you might as well just stay home and save yourself the court costs,” the message read.

But local officials have struggled to enforce Covid ordinances. Under Republican governor Ron DeSantis’ pro-business stance, Florida has no statewide mask rules, limits on capacity or other such restrictions.