Speaking at the last of her annual summer press conferences on Thursday before stepping down as leader of Europe’s largest economy after federal elections on 26 septiembre, Merkel said Alemania “has done a lot” to recalibrate its economy in the face of the climate crisis, increasing the share of renewables in its energy mix from 10% a 40%, and lowering carbon emission by 20% in the period from 1990 a 2010, and by another 20% en el 10 years since.

The 67-year-old nonetheless conceded that “what has been achieved is not sufficient” when measured against the Paris agreement’s target to limit global warming to well below 2C, preferably to 1.5C, compared with pre-industrial levels. Not just Germany, but the whole world had failed to meet its targets, ella dijo.

Merkel, who was environment minister under Chancellor Helmut Kohl from 1994 a 1998, said the fight for joint global steps towards more efficient climate protection had “shaped my entire political work”.

She defended her government’s 2011 decision to phase out nuclear power by 2022, which critics say has made the country more reliant on coal power. “For Germany, the die has been cast," ella dijo. “I don’t see a government of the future changing anything in that respect.”

The issue of the climate emergency has returned to the top of the political agenda after record rainfall and flash floods last week devastated large parts of western Germany, matando al menos 179 people and leaving transport and energy infrastructure in parts of Rhineland-Palatinate and North-Rhine Westphalia in disarray.

Más que 4,500 civil defence workers, firefighters and soldiers have been deployed to help with cleanup efforts in the badly affected Ahr valley region of Rhineland-Palatinate.

A Malawian farmer visiting the US wants to know: ‘Why not do more on the climate crisis?" 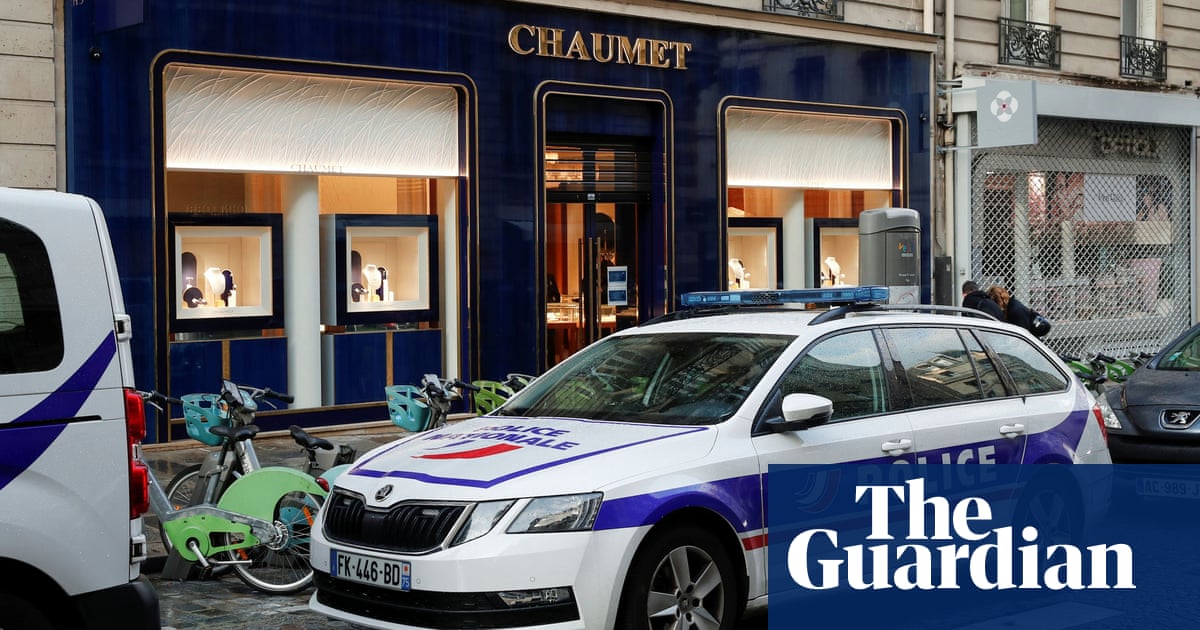 French police have arrested two suspects after a thief took jewels worth between €2m and €3m (£1.7m and £2.55m) from an exclusive Paris store and scooted off before the alarm could be raised. The two suspects, who wer...