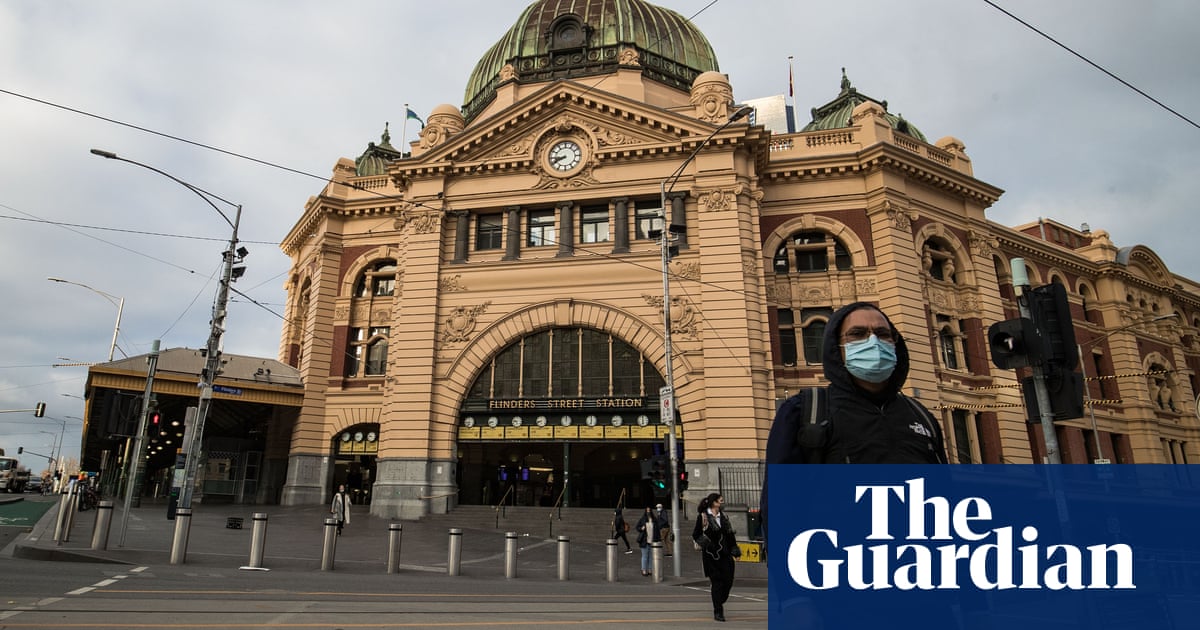 Four new cases were announced in Victoria on Friday as the state entered its first day of lockdown. There are 30 community-acquired cases and 121 exposure sites have been identified.

On Friday morning the health minister, Greg Hunt, said the federal government would assist with ADF personnel, additional contact tracing and testing but the Victorian government was “the responsible body” for economic supports.

Merlino told reporters in Melbourne wage subsidies like the jobkeeper program that ended in March were “entirely a matter for the commonwealth” and Victoria “will not step into that place”.

Instead, Victoria’s economic support package, expected as early as this weekend, would focus on giving “confidence to business”, he said.

He pointed to $45.2bn of economic support already provided to Victoria, and sectoral assistance for tourism, travel, aviation, arts and entertainment.

“We have an individual who was at The Sporting Globe in Mordialloc between 6.15pm and 9.45pm on Sunday 23 May, and we believe they caught the infection then and they were confirmed positive in yesterday’s numbers,” Weimar said.

While eligibility was expanded on Thursday to include people aged 40 and above, health authorities said they would continue to consider expanding the eligibility as well as the vaccination workforce.

Victoria’s chief health officer, Prof Brett Sutton, said it was important to recognise that although just four new cases seemed like good news: “It is not over yet. We can get 10 tomorrow, 20 tomorrow.