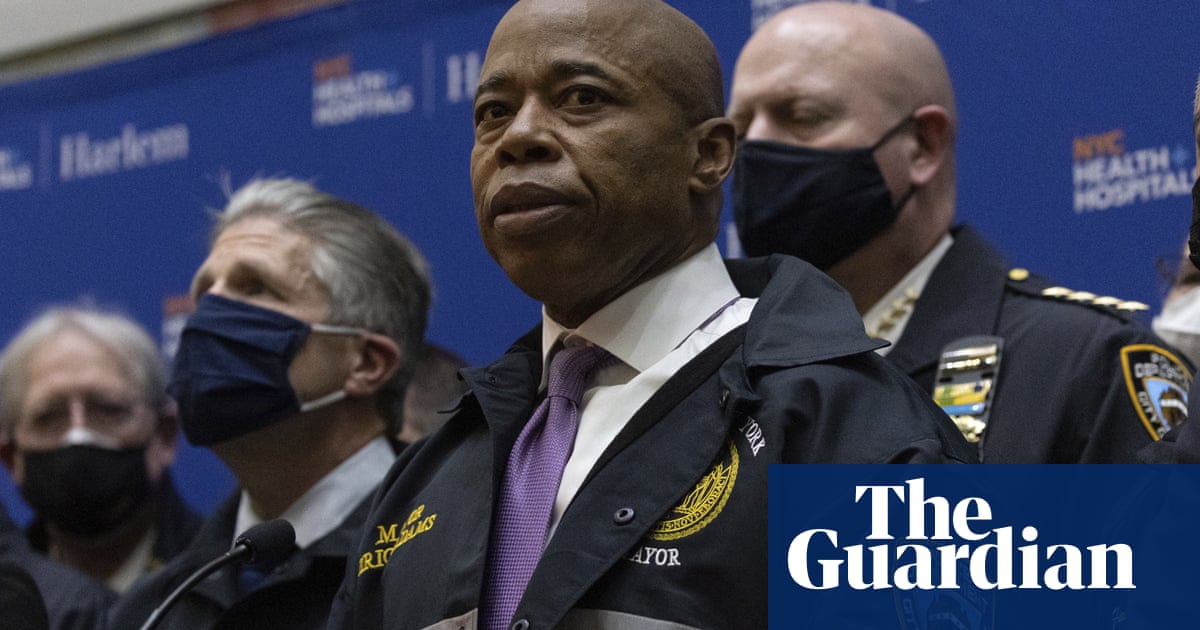 Days after a man who openly talked about struggling with mental illness allegedly shot up a subway train in Brooklyn, the mayor of New York City, Eric Adams, called for his state to continue prioritizing an increase in the number of available psychiatric hospital beds.

Adams on Sunday said he understood the medical community’s shifting its focus to fighting the deadly coronavirus during the last two years, but at this point in the pandemic, it needed to pivot to addressing shortages in psychiatric services.

“We need the funding from the state to open more mental health beds,” Adams said during an interview on the Sunday Show on MSNBC. “I rallied with [the New York State Nurses Association] during the height of Covid to talk about the closing of mental health beds they will use for the emergency Covid medical needs, but now we need to get more beds online.”

Adams delivered remarks as federal authorities continued building their case against Frank R James, 62, who was arrested in connection with the 12 April shooting of 10 people on a subway train pulling into a station in Brooklyn’s Sunset Park neighborhood.

Investigators allege that James detonated a smoke bomb in a packed subway car during the morning rush hour and fired a 9mm Glock pistol 33 times, striking 10 people. He purportedly fled the scene wearing a gas mask but was arrested in lower Manhattan after a 30-hour manhunt and now faces a federal terror charge.

Since then, authorities have combed hours’ worth of videos on social media that James himself apparently posted, footage that in part depicts him talking about his own struggles with post-traumatic stress disorder and inability to access treatment.

Though James had more recently lived elsewhere, he was raised in the Bronx. And though studies show most people living with psychiatric illness aren’t violent, in some corners, James’s arrest and the subsequently unearthed videos have come to highlight an acute shortage of mental health services both in New York and across the US.

The National Healthcare Quality and Disparities Report found just last year that more than half of Americans in need of mental health treatment simply don’t receive it.

In New York, Adams said Sunday, that partly resulted from the decision to convert some local psychiatric treatment units into ones that treated Covid-19 patients. But with the development of vaccines and other therapeutics helping keep hospitalizations down, Adams argued it was time to reverse that reality.

Days before the recent subway shooting, New York state lawmakers coughed up funding to put some psychiatric hospital beds back in service and expand patient outreach efforts, as part of a push to give teeth to a law that allows courts to force a person to receive inpatient mental health treatment. Adams, without offering many specifics, argued Sunday that things need to go further.

“We [need] treatment beds, safe haven beds, wraparound services,” said Adams, who has been self-isolating after testing positive for Covid. “We’re going to face this crisis head on and not ignore it like it has been ignored for far too many years.”

Sunday Show host Jonathan Capehart asked Adams how he planned to stem a reported 73% increase in crimes on the city’s transit system – the nation’s largest – this year without his police force trampling on riders’ civil liberties. Adams didn’t elaborate, but he broadly pledged to remain vigilant against “over-aggressive, abusive policing” while maintaining officers’ visibility on the subway lines.

The mayor also argued that the spike in transit offenses was in line with the increase in crime major US cities have reported as activity picked up in the wake of relatively extended, pandemic-related lockdowns.

Some of James’s video footage criticized Adams’s controversial policy of clearing out homeless people from subway lines. The mayor on Sunday maintained the policy was a fundamental part of keeping the subway as safe as possible, along with providing social services and psychiatric treatment to those affected by that approach and in need.

“We have to abandon the belief that it is dignified to allow people to live on streets, encampments, tents, cardboard boxes, no access to mental health services, drug paraphernalia, human waste inside these tents,” Adams said. “This is unacceptable in our city, and we’re not going to allow it to happen.”