Matthew Boorman was stabbed ‘like he was an animal’, court hears 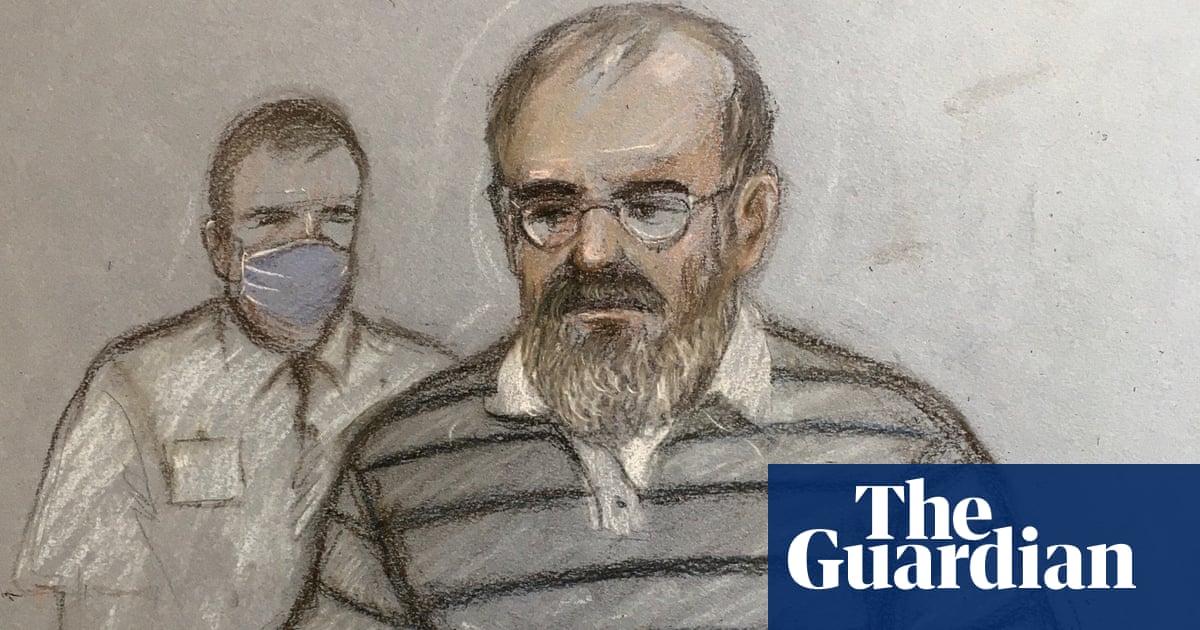 The widow of man killed by a neighbour has described watching her husband being stabbed to death as if he were an “animal” and told a court the attacker smiled and lit a cigarette in apparent triumph as his victim lay dying on their front lawn.

Sarah Boorman said the killer, Can Arslan, had repeatedly threatened to murder her, her husband, Matthew Boorman, and their children, telling them he would only serve 10 years in prison if he did so.

Bristol crown court has heard there was a long-running dispute between Arslan, 52, and neighbours in the Gloucestershire village of Walton Cardiff, near Tewkesbury, with small rows over parking and a scratch to a car escalating to the point where Arslan faced eviction.

The court has heard there is no dispute that Arslan killed Boorman, a 43-year-old contract manager and father-of-three, who was stabbed 27 times, but the jury has been told it must decide if it was murder or manslaughter on the grounds of diminished responsibility.

Jurors watched a video of a police interview with Sarah Boorman in which she said she saw her husband pull up in front of their house after work on the afternoon of 5 October last year and watched as Arslan approached him and attacked him.

“I heard Matthew shout: ‘Fuck off!’” she said. She went outside and tried to pull Arslan off her husband. “I didn’t see a blade, I didn’t know he [Boorman] had been stabbed. Then I saw blood and saw him stab Matthew in the side of his face. Then he stabbed him in his stomach. I tried to pull him off again, then he continued to just stab Matthew like he was an animal on the floor.”

Demonstrating the stabbing motions, she said: “He stabbed Matthew like he was nothing.” Sarah Boorman suffered a knife wound to her thigh.

She said Arslan was much stockier than her husband. Sobbing, she continued: “I wish I had hit him with something or thrown something to distract him … Mr Arslan treated him like he was a piece of meat; he sat on top of him and he lit a cigarette as if he was triumphant. Then he threw the cigarette on the floor and got up casually and walked around to the front garden as Matthew lay dying on the floor.”

One of their children, who had seen the attack and heard the screaming, ran upstairs. “Arslan was prowling around the front garden, I was scared he was going to come back and attack Matthew some more,” she said.

Helped by neighbours Sarah Boorman carried her husband inside. She said the ambulance and police “took forever” to come. “I wanted him to survive and live,” she said.

Sarah Boorman said she saw other neighbours brandishing planks of wood and golf clubs trying to get Arslan to drop the knife. “He was enjoying it; it felt like he loved the attention.”

She said she had long feared that he would attack them. “He’s always said he was going to murder us and rape me.” She said Arslan would laugh and say he would only get 10 years if he did.

She said Arslan would film the children’s bedrooms and tell her and her husband he knew where they worked. She said he told them he was a “Turkish fighter” and had killed before.

Sarah Boorman said Arslan had first threatened to murder them in February 2021 and “ran” after a civil injunction was issued against him in June 2021. She saw him for the first time again three days before the attack.

The court was told that Boorman’s work colleagues heard the attack because he was on a conference call at the time.