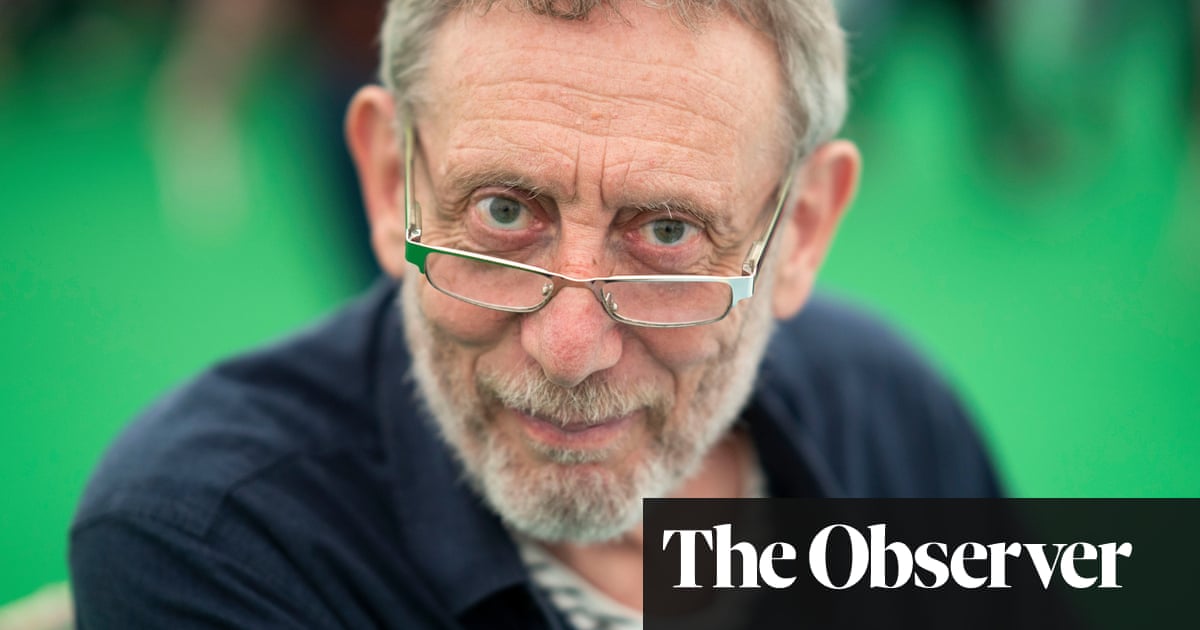 “Uh-uh! A cave! We can’t go over it. We can’t go under it. We’ve got to go through it!” Like the children in his best-known book, We’re Going on a Bear Hunt, Michael Rosen has been through it. With a writer’s ability to extract something from misfortune, he has become Covid-19’s frontline spokesperson, go-to survivor, man who nearly did not make it. It is not a role anyone would gladly choose. He has been interviewed on television, been the subject of Radio 4’s The Reunion, has written newspaper articles and now this book. Even at the beginning of the pandemic, Rosen was interviewed on Radio 4’s Oggi programme in reaction to a tweet in which he protested that older people’s lives were being undervalued. What he did not know then was that he had already contracted Covid-19 himself.

Rosen’s talent as a writer has always been in seeing that less is more. The spaciousness in his imagination amounts to a vote of confidence in his readers, whether ancient or juvenile, to mind the gaps (Sad Book, exploring his grief after his 18-year-old son Eddie died of meningitis, is a particularly eloquent example of this). The obvious challenge of the new book is that it includes a colossal gap over which he has no control: a report on what he cannot remember. He was in ICU, in an induced coma, per 48 giorni, and this part of the book is necessarily made up of nurses’ diaries. They resemble kindly school reports about someone who cannot read, write or breathe. One nurse offers: “I have two boys (four and two) and we sing Bear Hunt wherever we go. You’re our hero. Keep fighting.” These diaries – impossible to read without a lump in the throat – are rivalled only by his poem about the NHS, These Are the Hands, which was written before he became ill and then pinned above his hospital bed like a thank you letter in advance to the nurses who would save his life.

His GP “Dr Katie” also contributes a written account. She intuited something was dangerously wrong even when 111 had advised him to stay at home. “I had a gut feeling…” she writes, “that I had to do something more. It sounds unscientific but I’ve learnt to trust this instinct in life and in medicine.” Rosen barely got out of his house alive and was rushed in the car by his wife, Emma-Louise Williams, to A&E.

His nurses in intensive care included physios and speech therapists working outside their comfort zones. What is striking in this book (and it says something about the universal experience of the pandemic) is that everyone appears to be outside their element – this is Covid-19’s coup. Recovery itself means feeling alien, although described with Rosenesque humour. egli è, for all his erudition, still the little boy for whom bodily functions – bottoms, scabs, earwax – jolly things along. He even playfully gives his walking stick a name: “Sticky McStickstick”. Yet he also makes it clear how eviscerating his experience has been. He describes what it is to feel like no one – reduced to a bag of bones, his hearing in one ear shot, his left eye not functioning, his toes in trouble. Chris Riddell’s illustrations do not avoid the void. In a particularly brilliant sketch, Rosen’s body appears like a senseless hammock enclosed by darkness.

Rosen is more sorry di than for himself. He wishes his family need not see him in an abject state. He worries about their feelings. “I am sorry this is me.”

But he has a new-won philosophy, learned the hard way:

…whatever we’ve got to do
We have to do it now.

And after getting home, the physios (anyone who has been in the marvellously pushy hands of NHS physios will recognise Rosen’s account of them) ask about his long-term objectives.

Should I have long-term objectives?
I would like to write a book
About a French dog called Gaston le Dog.
I don’t say that.

He does not say it but let us hope he can do it soon and leave Covid-19 behind him.