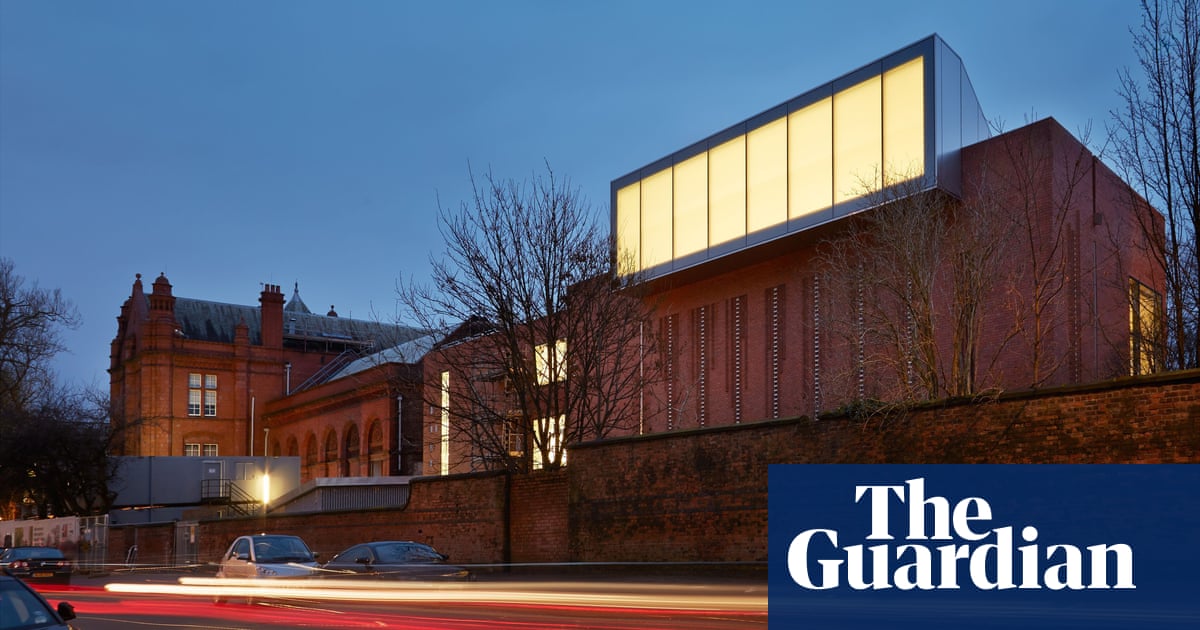 这 University of Manchester has reversed a decision to remove a statement of solidarity with Palestine’s “liberation struggle” from an exhibition of works by a human rights investigations agency.

Alistair Hudson, the director of the university’s Whitworth gallery, said it was important for Forensic Architecture’s Cloud Studies exhibition “to remain open in full”. UK Lawyers for 以色列 (UKLFI) responded by saying it was “considering all options”.

A senior university official had previously written to Jewish groups to tell them the exhibition’s opening statement, criticised as “factually incorrect and dangerously one-sided”, had been removed.

Hudson said instead that the Whitworth would provide a space for alternative responses to contextualise the issues raised by Cloud Studies. “It will be displayed prominently in the gallery,“ 他说.

他加了: “The university, as a non-political organisation, has tried to balance extremely complex issues raised by the exhibition, but we believe that the worst outcome for all parties concerned would have been to close this exhibition for an extended period of time.”

The university’s climbdown comes after Forensic Architecture responded to the decision to remove the statement by pulling Cloud Studies “with immediate effect” on Sunday. That day, the gallery tweeted that the exhibition was closed due to “unforeseen circumstances”, and it was not due to open on Monday and Tuesday.

在星期三, pro-Palestinian groups staged protests. 曼彻斯特 Palestine Action said the university had “suppressed the truth about Israel’s war crimes” as its supporters rallied at the Whitworth. The Palestine Solidarity Campaign said it had coordinated 13,000 letters to the university through its online platform.

The impact of war in Palestine was just one of a number of human rights issues examined by Cloud Studies. But a statement pinned to the exhibit’s entrance had specifically denounced Israel’s military operations in Gaza and its “ethnic cleansing” of Palestinians.

It said the Palestinian “liberation struggle” was “inseparable from other global struggles”, and particularly the struggle for Black liberation.

In a letter to the University of Manchester last month, UKLFI had said the statement was full of inaccuracies, and that it “seems designed to provoke racial discord” by trying to “falsely equate Israelis with white supremacists”.

The group asked what regard was paid to “the impact of the inflammatory language and representations” in the exhibition on Manchester’s Jewish communities, and warned that the university could be in breach of its public-sector equality duty “to foster good relations between different communities”.

Prof Nalin Thakkar, the university’s vice-president for social responsibility, wrote back to say he understood the concerns around the statement, 添加: “We consider it appropriate for it to be removed, which we have now done.”

After the reinstatement, Eyal Weizman, the director of Forensic Architecture, said he had made clear to the university that the equality duty had to include Palestinians.

“The equality duty extends to all communities,” Weizman said. “The effect of the removal of the statement that we have seen on both the Palestinians in Manchester and pro-Palestinian groups is huge, precisely because they were left out of the conversation.”