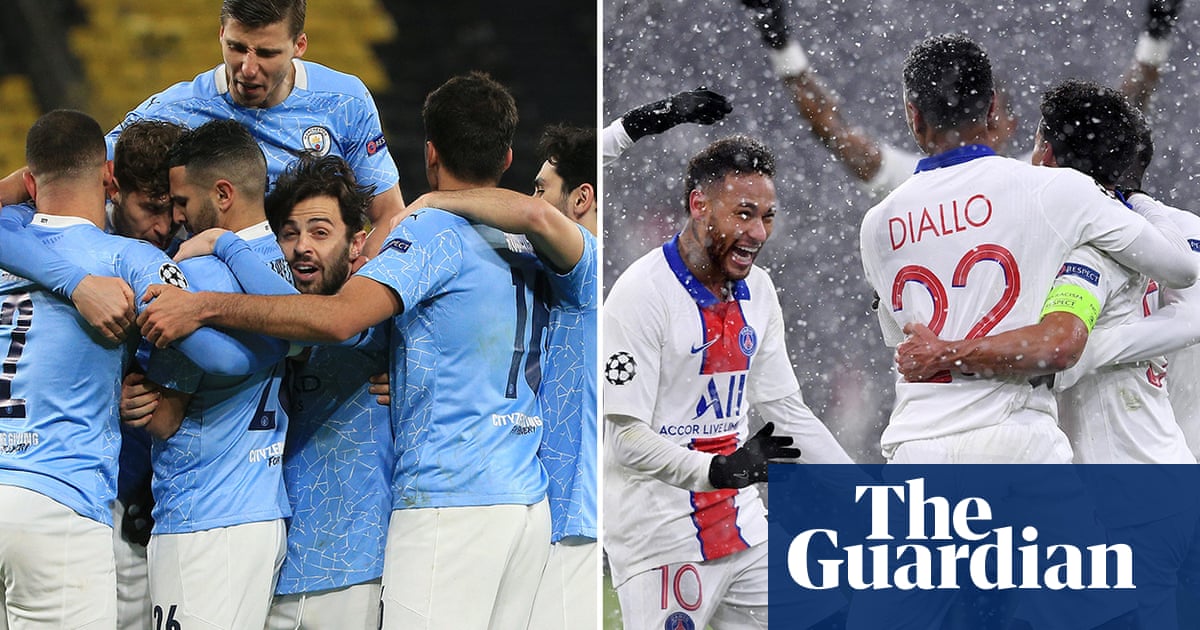 Sometimes sport can be a stage for the most beautiful dramas. It can thrill, it can inspire, it can move. It can offer the most plangent insights into life, showcase the full potential of the human brain, the human heart, the human body. Who does not feel the lump in the throat, the warm glow of shared experience, the great sense of human potential when they remember Bob Champion winning the National on Aldaniti, Dennis Taylor outlasting Steve Davis, or Ben Stokes at Headingley? Sport is a fairytale land where dreams can be made flesh.

Once upon a time there was a football club from an industrial city in the north of England. They weren’t very good – in fact, they had a comedic tendency to embrace failure, to find ways of losing other clubs couldn’t have imagined – but they were generally quite well liked. Then they were taken over by a politician from overseas, who was very rich, and then by the royal family of another foreign state, who were even richer.

That state has denied allegations about its human rights record, but nobody really seemed to mind about the accusations, perhaps because the royals spent a lot of money improving the infrastructure, appointing one of the greatest coaches in the world and buying lots of very talented footballers. Some people said they spent too much money, but ultimately they have been allowed to continue playing in the Champions League. The club won lots of trophies and cast off its previous tendency to slapstick, but they could never win in Europe. Il Champions League became a quest.

Once upon a time there was another football club from the capital of France. For many years people laughed at it, because it was a young club and nobody in the capital of France really seemed to like football all that much. Then they were taken over by the royal family of a foreign state, who were very rich.

They have denied allegations about their human rights record, but nobody really seemed to mind about the accusations, perhaps because the royals spent a lot of money buying lots of very talented and famous footballers. Some people said they spent too much money, but ultimately they have been allowed to continue playing in the Champions League. The club won lots of trophies, so many that people said they had made the French league boring, but they could never win in Europe. The Champions League became a quest.

Those sides will meet in the semi-final of this year’s Champions League. Manchester City against Paris Saint-Germain, Abu Dhabi against Qatar, which could be described as the sportswashing derby. From a footballing point of view there’s plenty to look forward to. For City it’s only a second appearance in the last four and their first since 2016, which was also when Pep Guardiola last appeared at this stage. Ten years after his last Champions League success, the coach who probably remains the best in the world is overdue a third. City’s victory on Wednesday was as much over their own neuroses as over Borussia Dortmund.

PSG, forse, escaped their own memories of past failure by reaching the final last season, ma beating Bayern Munich on away goals nevertheless represents their finest European performance over two legs. Mauricio Pochettino, who already has one famous Champions League victory over Guardiola’s City on his CV, has been the coming man for several years (he is less than a year younger than Guardiola); now he has a superclub to run, the excuses fall away. Challenging to win the Champions League is a bare minimum.

City’s recent European history is of a team supremely gifted in possession that are vulnerable to rapid breaks. Guardiola, to an extent perhaps forced by the Covid calendar, has moved to counter that this season by easing the intensity of the press. Ma, as they showed against Bayern, no side are so equipped to expose any remaining frailty than the PSG of Kylian Mbappé, Neymar and Ángel Di María.

But this really isn’t a game that can be considered only from a sporting point of view. It’s a tie underlain by the incursion of states who it could be said regard football, and the composition of great squads, as a tool to enhance their global reputation.