Mana Iwabuchi: ‘I want to show girls in Japan they can dream about playing football’ 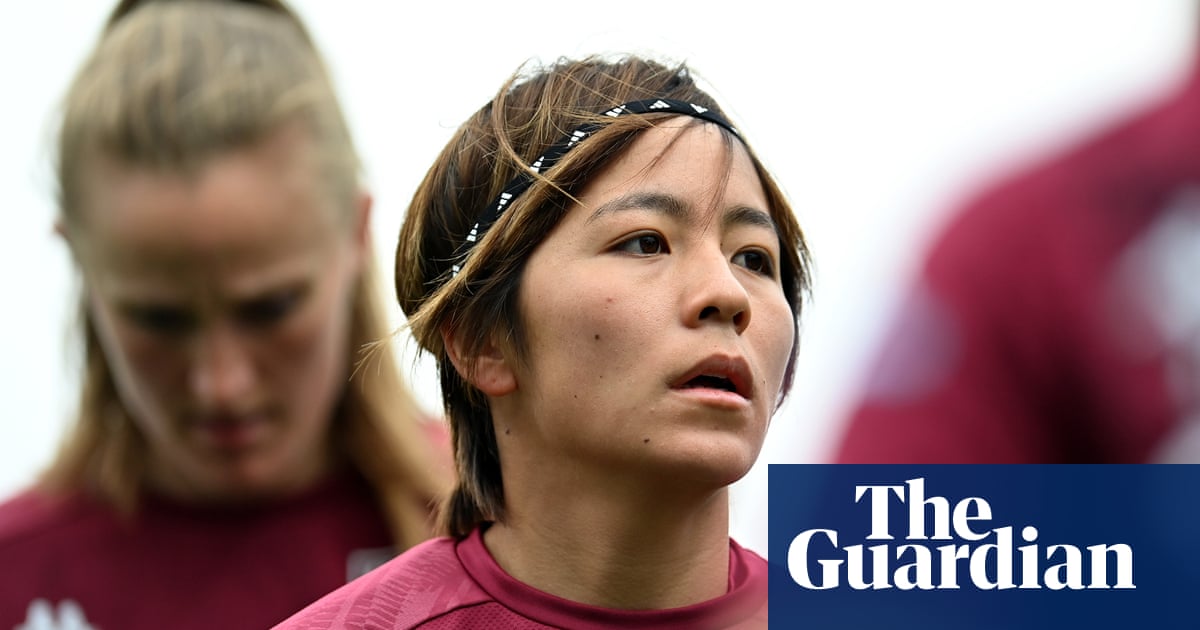 Mana Iwabuchi is not your average footballer. She made her debut for Japan’s most successful women’s club, NTV Beleza, at the age of 14, and won the World Cup when she was 18. At the start of this year she took on the challenge of moving back across the world in the midst of a pandemic, joining Aston Villa in a high-profile transfer.

Perhaps because she has spent her adult life – and a sizeable chunk before it – in the glare of the spotlight, the 28-year-old is not fazed by many things. “I didn’t feel any pressure,” she tells the Guardian of the fervour that surrounded her emergence as a mazy dribbling teenager with a lethal eye for goal. “All I felt was that I liked playing football. I think I became more aware of the pressure after I became an adult. I only really considered myself an adult in the last two or three years.”

Despite the accompanying Covid-19 difficulties, the newly mature Iwabuchi is convinced her decision to leave INAC Kobe Leonessa in her homeland and head back to Europe – she previously had spells in Germany with Hoffenheim and Bayern Munich – was the right one. “I’m the kind of person who has confidence in the route I choose, so I don’t have any regrets,” the Tokyo says of her latest challenge.

The restrictions in place have complicated the bedding in process – Iwabuchi admits she has yet to familiarise herself with the city and hardly goes out for fear of catching the virus and causing trouble for the club, spending her time at home cooking and watching Japanese television – but she has been hugely impressed by the quality of football in England.

“Players are coming from all over the world, and the fact they’re here adds real fascination to the league,” she says of the WSL, where Villa are battling to stay up with two games left. “For me I think it is the best in the world.

“The style is different, and I feel like I’m learning a new type of football. I’m in the middle of studying the good points of English football, but on the other hand I also recognise the strengths of the Japanese game,” she adds, citing technique as an advantage for Japanese players while referencing the physicality of those in England.

Iwabuchi acknowledges that size and speed can’t be easily acquired, but also knows she isn’t just competing for herself. “If I do well then Japanese players will gain a good reputation and maybe others will get the opportunity to come to England. It’s not just as a footballer but I’m also representing Japan as a person. I want to show small girls in Japan that they can have the dream of playing football.”

On the topic of role models, the conversation turns to the growing activism among athletes such as Megan Rapinoe and Iwabuchi’s compatriot Naomi Osaka.

“I think it’s really impressive and incredible that players like Rapinoe have developed influence through football, but my job is playing so first and foremost I have to focus on what I can do as a footballer. Beyond that, if I have the opportunity to give my opinion about something I think that would be good.”

The upcoming Olympics in Tokyo is one topic generating plenty of debate, and Iwabuchi concedes it is an incredibly delicate situation.

“Having the Olympics in your home town isn’t a chance you’ll get again, and the tournament has been a target of mine for many years. As a player, right now I hope the competition goes ahead, but with the current situation around the world and the states of emergency in Japan and so on I can’t declare that unconditionally.

“Honestly speaking, I feel more prepared for it to be called off now than I was last year when it was postponed, but as a player the things I have to do every day don’t change. Of course it would be disappointing if it were to be cancelled, but I feel like in the past year I have been able to prepare myself well for either outcome.”

If the Games go ahead as re-planned then there is a chance it would do so behind closed doors, with competitors’ strictly monitored away from the field and having their movements severely restricted.

“That makes me sad,” Iwabuchi says of the potential lack of partisan support. “It will also be stressful as there won’t be places to go and relax. Every day we’ll be doing PCR tests at the hotel and there’s the worry of what to do if you test positive. If the competition does go ahead there’s a feeling of, ‘What’s it going to be like?’”

A glint returns to Iwabuchi’s eye, しかしながら, as she considers the possibility of achieving glory and further inspiring the next generation of female players in Japan where she is happiest – on the pitch.

“I want to be a player who can provide motivation to lots of people," 彼女が言います. “I want to convey a cool image to inspire more and more girls to feel, ‘I want to play football too’.”

Sean Carroll is a freelance journalist based in Tokyo.

Get to know the players in England’s top flight better with our WSL player in focus series. Read all our interviews ここに.