Man rescued from caves after 54 hours named as George Linnane 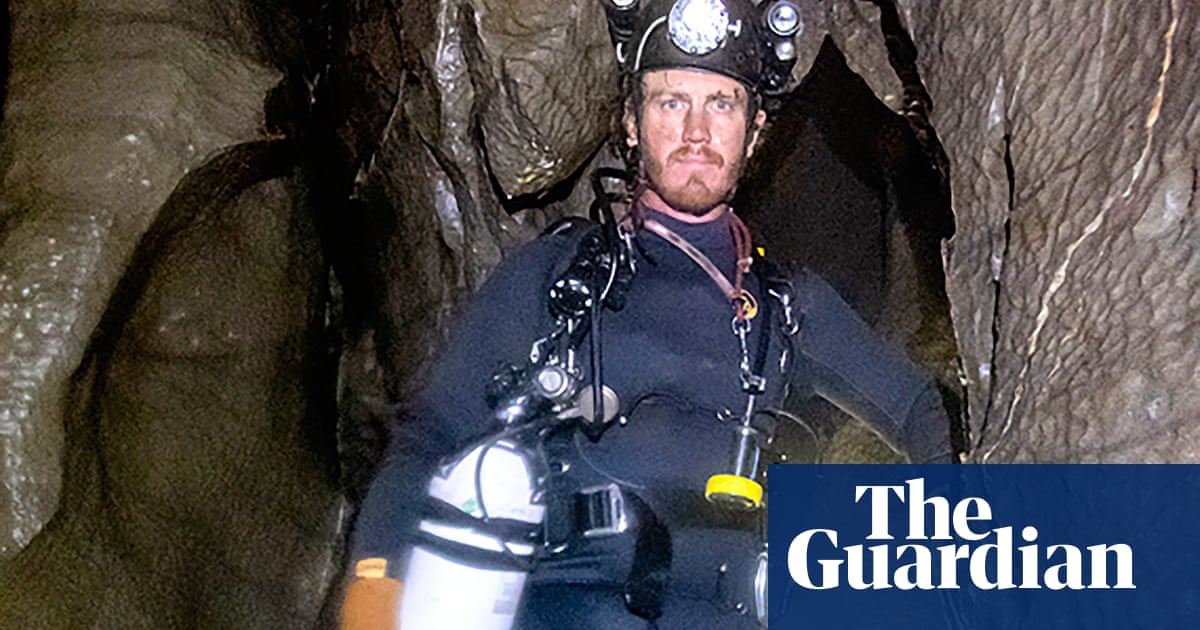 A man extricated from caves after a 54-hour operation was named on Tuesday evening as George Linnane, as friends and family thanked his rescuers and called for donations.

Linnane, 38, a company director from Bristol, describes himself on social media as an engineer, scuba diver, caver, snowboarder and DJ.

One of Linnane’s friends, Louis Phelps, also asked people to donate to the rescue teams, adding on social media: “If anyone could spare anything at all it would be massively appreciated – this was a friend this time but could be easily be me on another trip and knowing that the rescue teams have funding and supplies to ensure these rescues can go ahead is so important, literally every penny helps.”

Linnane’s Facebook cover photograph shows an image of him cave diving. He was a member of the GB Cave Diving Group.

He is believed to have suffered back, leg and facial injuries in the Brecon Beacons in south Galles, and is being treated in hospital. He is expected to make a good recovery.

It has emerged that his caving partner walked across a section of the cave seconds before it crumbled when the victim traversed it, causing him to fall.

Some of those who rushed to save Linnane knew him – caving is a tight-knit world – and praised his courage and steadfastness as he began his recovery at the University hospital of Wales (UHW) in Cardiff.

Donations for the rescue teams began to pour in on Tuesday, with rescuers emphasising that their missions are carried out without the backing of public money and are led by volunteers rather than paid emergency services workers.

Linnane was brought out of the Ogof Ffynnon Ddu cave system to cheers and clapping at about 7.45pm on Monday after the alarm was raised on Saturday afternoon.

He was taken into a cave rescue Land Rover and transferred to an ambulance after an effort involving about 250 volunteers, including some who were involved in the 17-day rescue of boys and their football coach from flooded caves in Thailand three years ago.

One of the rescuers, Steve Thomas of South & Mid Wales Cave Rescue Team, denied that exploring caves was a reckless pastime, saying it was more hazardous to endlessly sit on a sofa in front of the TV.

“I don’t mean sofas are dangerous things,” ha detto al Guardian. “But sitting down in front of a television is really unhealthy and kills you. That lifestyle is lethal. Going caving makes you fit and alert.”

Thomas accepted that accidents could and did happen. “A boulder can stay in place for 10,000 years and one day it will move. One guy walked across a section. Then it collapsed at the exact moment this guy went across. You just don’t know. It is just bad luck.

“These cave systems are like time capsules. Some areas haven’t changed since the time of the Romans. You see parts that look as if they’re going to go any minute and they haven’t shifted for years. When they do move, they can be violent.”

Thomas said some rescuers had been taken aback by criticism of the pastime.

“We are looking after our brothers," Egli ha detto. “There is no rescue service for cavers apart from other cavers. The police won’t go in, the fire [services] won’t go in. We do it because we love the environment and are happy to train and rescue each other.”

One of the rescuers involved in the operation was himself pulled out of the same cave system a few months ago.

Thomas knew the man he rescued as he and Linnane had in the past discussed a cave they had a shared interest in. “We’ve been in touch a lot. He’s a keen caver, strong, determined, capable, fit. He was just unlucky.”

He said Linnane would need some “quiet time” and his recuperation was likely to be lengthy but it looked as if he would make a full recovery.

Thomas added that Linnane had managed to contribute to the rescue effort, per esempio, by holding on to his oxygen bottle when it was tricky for the rescue teams to do this. “He showed great strength of character.”

Russell Myers, the chair of the British Caving Association, which has 6,000 membri, backed Thomas’s argument that caving was not dangerous when done responsibly. Egli ha detto: “The most dangerous thing is driving to the cave and back again.”

The hospital earlier said it could not give an update on Linnane’s condition. A spokesperson for Cardiff and Vale University Health Board said: “The individual was brought to UHW and is undergoing treatment. Due to patient confidentiality, we are unable to comment further at this stage.”

Su 26 aprile, Pakistan’s first female suicide bomber killed three Chinese teachers and the driver of the minibus they were travelling in as she blew herself up in front of the Confucius Institute at the University of K...