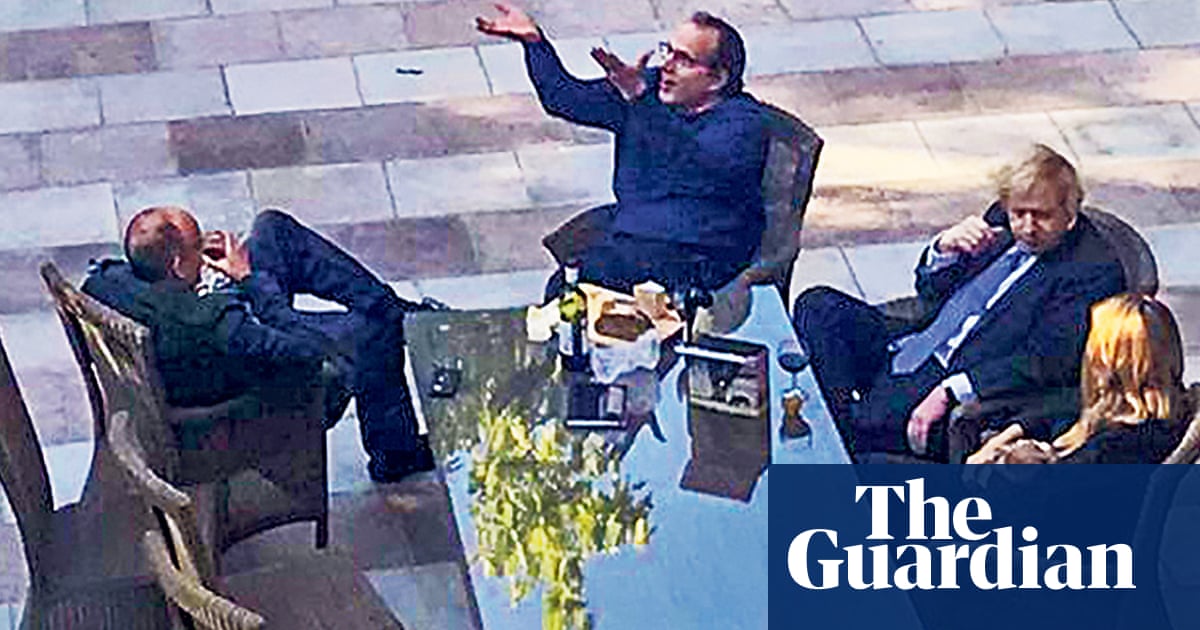 A senior official apparently pictured sitting next to Boris Johnson during a wine and cheese gathering in the No 10 garden in lockdown last year has no role in helping to investigate other alleged social events, Downing Street has said.

Johnson’s spokesperson said Martin Reynolds, a civil servant who has the role of the PM’s principal private secretary, was not involved in the party inquiry, being led by another senior official, Sue Gray.

Gray took over on Friday after Simon Case, the cabinet secretary, stepped down from the role following allegations an event had taken place among his staff last year, when all indoor social mixing was barred.

A photograph from the evening of 15 May 2020 shows Johnson, his wife, Carrie, and 17 other people in the Downing Street garden, some of them drinking wine. Johnson’s spokesman has insisted it was a work event.

At one table on a terrace, Johnson and his wife are sitting with a man identified as Reynolds.

Reynolds, who has a partially empty bottle of wine and a cheeseboard in front of him on the table, is talking to another man, believed to be Dominic Cummings, Johnson’s then chief adviser.

According to a report by ITV last week, Reynolds had sent an email to Downing Street staff warning them to not delete emails amid the investigation into claims of other parties during lockdown, then being led by Case.

Gray took over after claims of the social event in Case’s office on 17 December last year, a day before an alleged party at Downing Street, among those he was looking into.

Johnson’s spokesman rejected the idea of a potential conflict of interest, saying Reynolds was not helping the inquiry. “He has no role in that work, which is being led by Sue Gray. He’s not involved in it.”

He declined to confirm that it was Reynolds in the photograph. “I’m not going to get into confirming individual staff members, as you’d expect.”

The report by Case had been due to be published as early as this week, looking into the alleged party on 18 December, as well as another alleged event at Downing Street on 27 November, and reports of a party at the Department for Education.

But on Friday, a series of sources alleged a Christmas event for staff took place in Case’s office on 17 December last year.

Some outlets described staff from both the Cabinet Office and other departments mingling in Case’s office and an outside room. The occasion was said to have included drinks, snacks and Christmas decorations.

A later Cabinet Office statement said staff in Case’s private office took part in “a virtual quiz” on that date. It said: “A small number of them, who had been working in the office throughout the pandemic and on duty that day, took part from their desks, while the rest of the team were virtual.

“The cabinet secretary played no part in the event, but walked through the team’s office on the way to his own office. No outside guests or other staff were invited or present.”