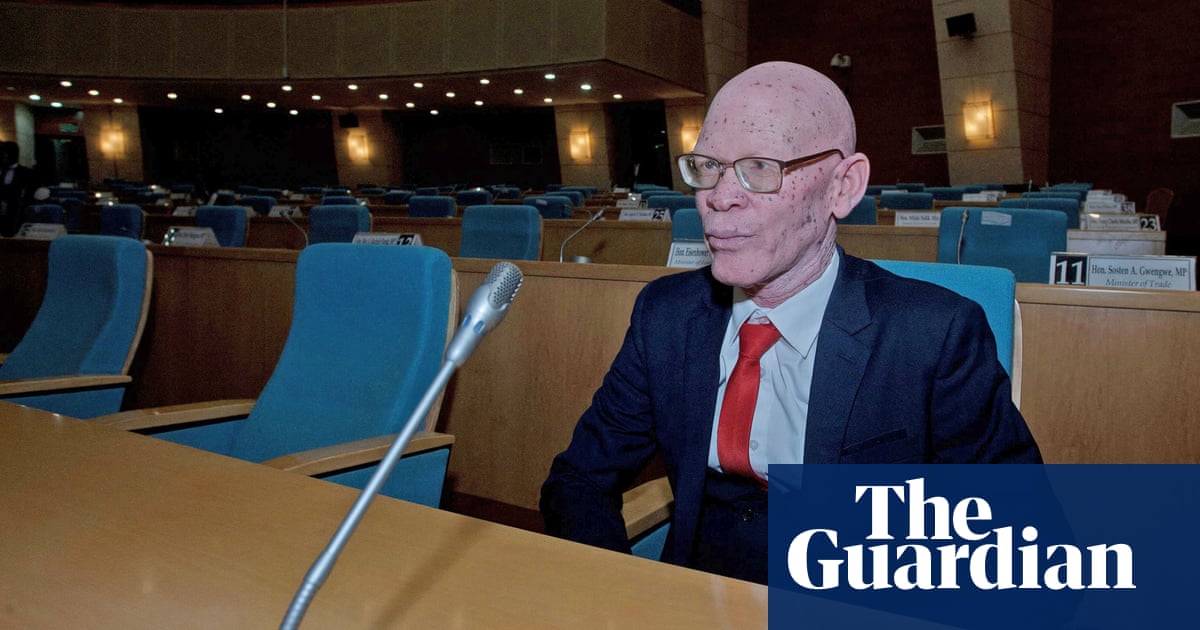 The first Malawian with albinism to become an elected MP took his seat in the new parliament on Monday, making history in the southern African country. It also marks a significant milestone in a continent where people with the hereditary lack of pigmentation in the skin, hair and eyes face severe discrimination and physical attacks.

Overstone Kondowe, the 42-year-old son of a teacher, grew up in a village without any help to ease the pain in his sun-sensitive skin or glasses to aid his poor eyesight.

Albinism is so stigmatised and surrounded by superstition that people with the condition live at daily risk from both random attacks and from a murderous trade in body parts, which are used in witchcraft. Many children do not go to school.

Ikponwosa Ero, a former UN adviser on albinism, said she was “elated” with Kondowe’s election, which she called a “giant step forward in the protection of human rights of people with albinism in Malawi and Africa as whole”.

“I congratulate Malawi for this step and for being one of the first to fund a national action plan on albinism. As that plan draws to a close, I urge the government to learn from that first edition and adopt a revised and extended plan since the attacks are still under way in the country,” she said.

Despite struggling to see what was written on the blackboard, Kondowe worked his way through school and university to achieve high-level positions in both the government and in non-governmental organisations.

“I might be described as an overambitious person – that’s why I had the courage to contest,” Kondowe told the Guardian at his home in the capital, Lilongwe. “But the victory is a clear demonstration that people are changing their altitudes.”

Malawi and neighbouring Tanzania have a long history of people with albinism being killed for their body parts, which fetch high prices, as they are used in rituals and are believed to bring good luck.

According to senior Tanzanian police officers quoted in Through Albino Eyes, a 2009 report by the International Federation of Red Cross and Red Crescent Societies, a complete set of albino body parts – including all four limbs, genitals, ears, tongue and nose – was fetching the equivalent of $75,000 (nearly £50,000). The attacks are more rampant during elections and people believe that politicians are involved.

Kondowe said: “There are a lot of beliefs and myths concerning people with albinism and we’re often viewed as second-class citizens or half-humans but because of the number of programmes that we’ve put, including civil education, this time around people accepted my candidature, not looking at albinism as a barrier but they just looked at the merits.

“To me, it’s a success story because I even won with a very big margin,” the new MP said.

While Tanzania had a member of parliament with albinism in 2010 and Kenya had one in 2017, the two were nominated and did not win through the ballot box.

Kondowe plans to work for legislation to protect all people with disability. “I understand that those who are not supporting the cause are doing so because of lack of awareness, so I will make sure I lobby more members of parliament to have awareness as well as have the spirit to put us at the centre of development,” he said.

“I would make sure that the plans and budgets have something speaking to the needs and wants of persons with albinism and as well as those with disabilities.”

He hopes his election has set a precedent in a country where 134,636 people are living with albinism. Charles Mailosi, 29, a teacher from Lilongwe who has albinism, said he was excited by Kondowe’s victory.

“I am just happy that Malawians have trusted him with the post. This is a powerful sign that Malawians are accepting [us],” he said. “It gives me courage that I can achieve greater things in life and that people can trust me.”

Kondowe, a former president of Malawi’s Association of People with Albinism (APAM), said that although attacks for body parts had been reduced, thanks to a handful of high-profile prosecutions, there was still a long way to go.

“I can say that we’re still on the right track because we have not given up but still continue with the investigations. It’s a criminal syndicate and it’s a hidden market and is difficult to track.

“We need more expertise, time and support from communities and investigators to track,” Kondowe added. “There is going to be a time that we’re going to make a breakthrough.”

Winding past the ochre-coloured plateaux of the Bardenas Reales natural park in northern Spain, Roel Grooten nudged me to take my foot off the accelerator. The car continued to barrel down the open stretch of road, it...

Good morning. Millions of women lost their constitutional right to abortion on Friday after America’s highest court overturned a near 50-year-old ruling and other precedents enshrining that right, leaving only 25% of ...