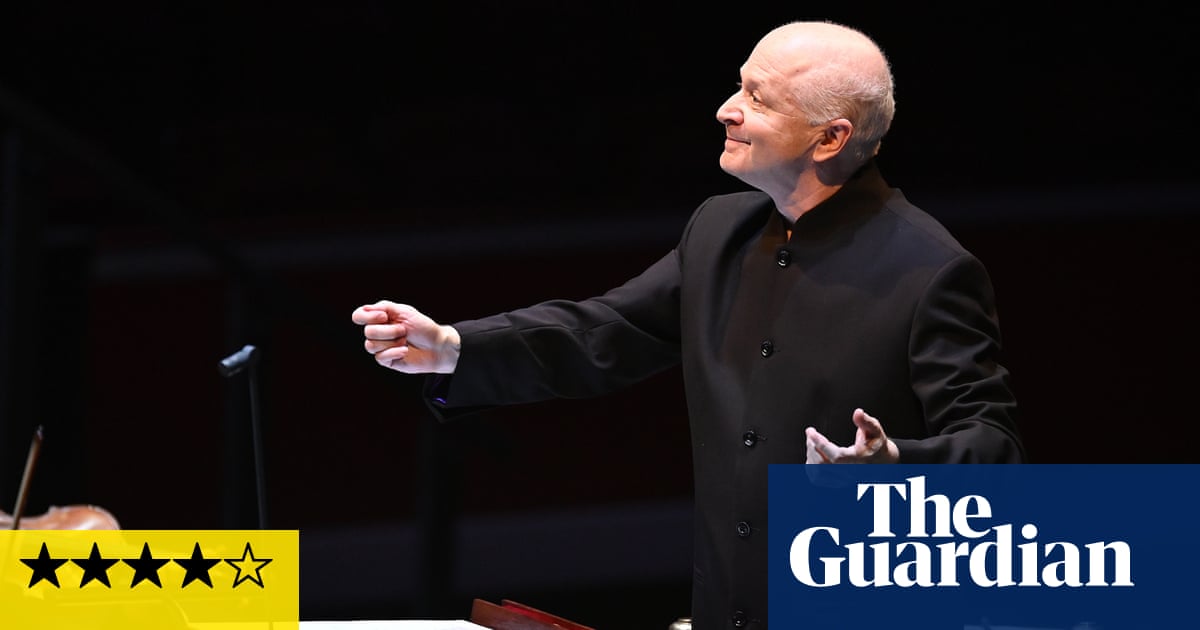 GRAMOeorge Benjamin passed 60 el año pasado, and the Proms had planned to celebrate his birthday with the first performance of a specially commissioned orchestral work. Twelve months late, that premiere finally arrived – a Concerto for Orchestra that is Benjamin’s first substantial piece for orchestra for 17 años. It was written for the Mahler Chamber Orchestra and, with the composer conducting, they introduced it, the only orchestra based outside the UK to appear at this year’s Proms.

The Concerto is dedicated to the memory of Oliver Knussen, Benjamin’s close friend for 40 años, quien murió en 2018. The 16-minute piece, él dice, “attempts to conjure a trace of the energy, humour and spirit I associate with my friend”. With brilliant solos from around the orchestra constantly breaking through the intricately detailed textures, it certainly justifies the description of “concerto”, but there are moments of quieter reflection that interrupt the hectic virtuoso activity, también, when the extended string lines that thread their way through the work take centre stage, and articulate the single-movement form.

There was also the first performance of Benjamin’s orchestrations of three of Henry Purcell’s viol-consort pieces: contenido, almost reverential reworkings. He had opened the concert with Knussen’s own The Way to Castle Yonder, a gorgeous melange of orchestra interludes from his opera Higglety Pigglety Pop!, full of exquisitely heard textures and fleeting echoes of the early 20th-century models from which Knussen assembled his quicksilver musical language.