Madoff Talks: uncovering what the family of the late Wall Street fraudster knew 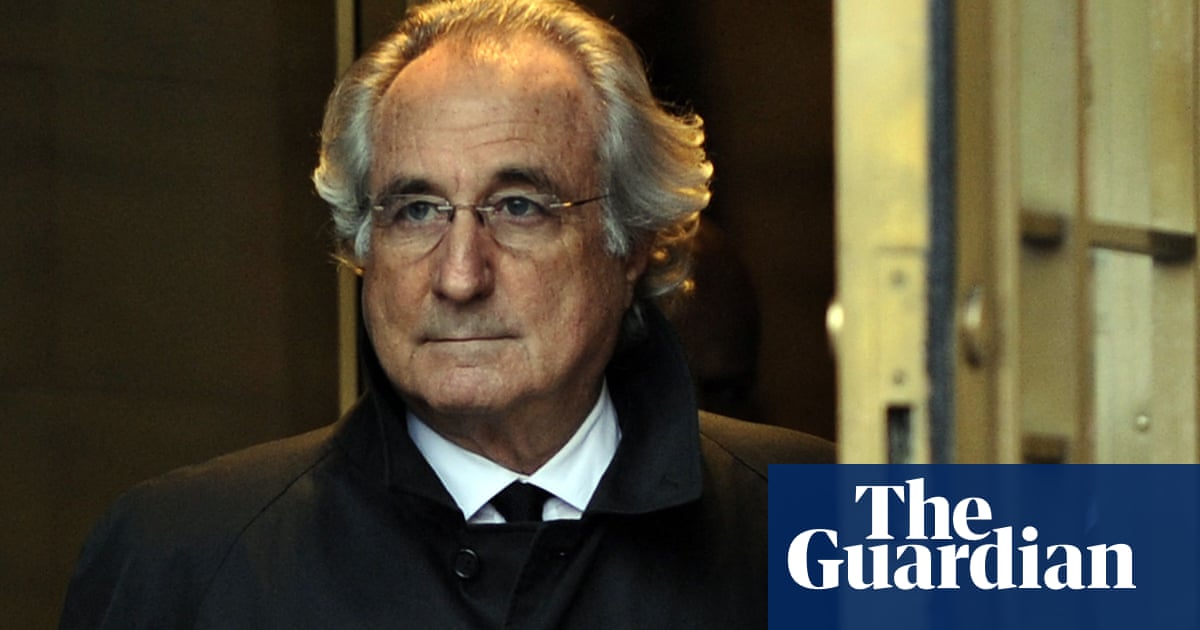 “What’s a Ponzi scheme?” Ruth Madoff asked her husband Bernard after he revealed to her that his respected investment company was actually one of the largest frauds in history, according to a new book examining the life of the late fraudster.

Just how much Madoff’s family knew about his massive scheme has been a riddle since he was convicted of orchestrating his $17.5bn scam in 2009. Ruth Madoff, the couple’s two sons and Bernard Madoff’s brother Peter all worked for the company.

In the new book Madoff Talks, based on unprecedented access to Madoff and other key players, business journalist Jim Campbell suggests it may never be possible to disentangle the extent of the family’s knowledge from the web of lies Madoff spun.

The Guardian obtained a copy of the book.

Madoff was once one of Wall Street’s most respected leaders but his company was also the front for a Ponzi scheme where new investors’ funds were used to pay existing clients. When the financial crisis hit in 2008 and too many investors asked for their cash, Madoff was forced to reveal his company was “one big lie”.

Madoff told the author he was “a product of the corrupt culture of Wall Street” and was himself a “constant critic” of that culture, which he confessed “certainly sounds strange coming from me”.

The collapse of Bernard L Madoff Investment Securities (BLMIS) ruined the lives of thousands and triggered several suicides, including that of the couple’s son Mark.

When the author told Ruth Madoff he found it hard to believe that she did not know what her husband was up to, she replied: “Jim, my integrity means everything to me.”

Ruth Madoff withdrew $10m from an account at a Madoff-linked brokerage firm in the days running up to her husband’s arrest, according to court documents.

Before the crime was uncovered, she was spending $57,000 a month on company credit cards seen by Campbell.

Campbell accumulated 400 pages of communications with Bernie Madoff, including emails and some multi-page handwritten letters during his research on the book, published on 27 April.

Ruth Madoff had been with Bernie since she was 13 en, according to the book, she found it hard to separate herself from him even after the conviction. She was also deeply upset by revelations about his infidelities and told the author that in her mind she was “estranged” from him. She stopped visiting him in prison but he continued to write to and email her.

Ruth Madoff told Campbell that she first heard of the fraud at a family meeting on the afternoon of 10 Desember 2008 when Madoff confessed his crime. But the book suggests she may have already caught wind of the impending crisis and had appeared “highly distraught” in the office earlier in the day.

Her legal team told the author that keeping Ruth in the dark was in keeping with Madoff’s character. “He was too much of an egotist, they thought, to have ever revealed he had turned to a criminal enterprise to keep BLMIS floating – an unlikely admission of weakness.”

“I don’t think all these years Ruth knew, but I think she knew way before everybody else knew. They were very close,” said Eleanor Squillari, Bernard Madoff’s secretary, to the author. “I really don’t think Bernie thought he would go to jail for the rest of his life, his family would be tormented. I don’t think he’d thought about that.”

Madoff died in prison last week at age 82 after serving part of a 150-year sentence. Ruth Madoff now lives in the $3.8m waterfront Connecticut mansion of her former daughter-in-law, Volgens the New York Post. She must submit any expense over $100 to the Madoff Recovery Trustee.