Made in Britain: ‘Now more than ever, we must involve and empower people’ 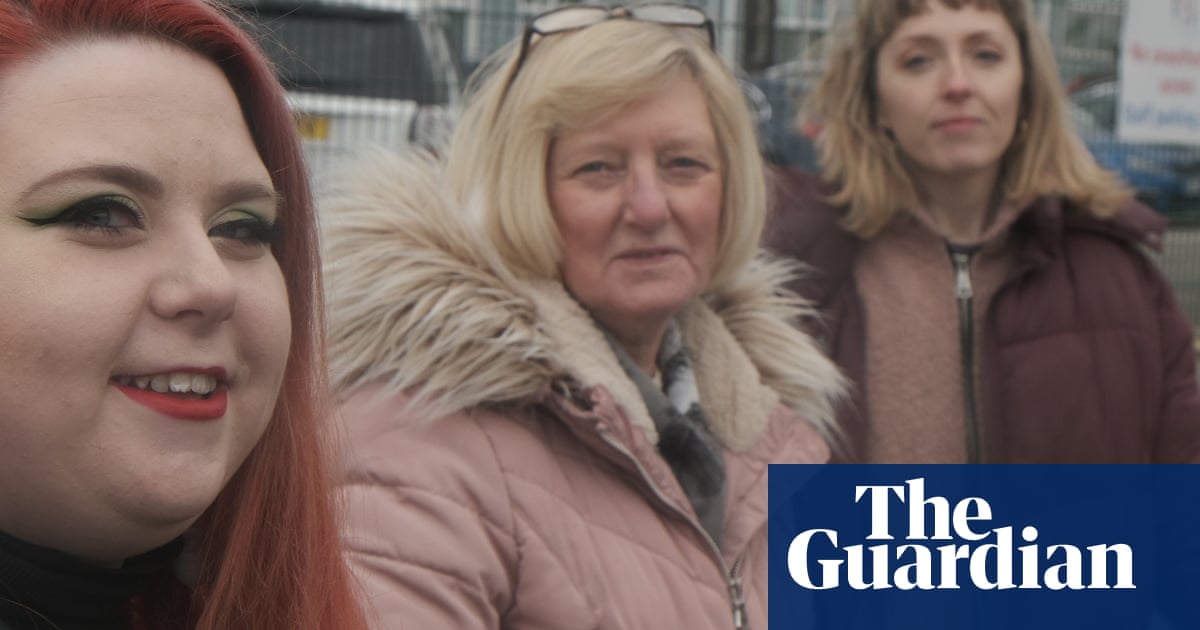 Con Brexit, the pandemic and the lingering effects of de-industrialisation as a backdrop, the film follows three women as they try to turn around their own fortunes and those of their communities. For Rachel that is Doncaster, and its cultural scene. For Lindsay, that community is online as she fights back against bullying and discrimination, all while doing the underpaid and challenging work of being a carer. Pam is fighting for women’s pension rights, but beyond that, what is left of the old social settlement that you pay into the system and it looks after you. Collectively they embody the tensions and hopes of past and future, just as those are colliding in modern Britain.

The first difference is in the length of time – a typical news feature might take between one and four weeks to shoot and edit. The Doncaster film was over a year, and the others in the series will mostly be several months. We are not going into places with a particular story in mind, rather seeing what emerges from the process.

And that brings us to the biggest difference: normally making a film is quite a top-down process, and requires a lot of control in the hands of a producer/director to shape messy reality into a story that is easy for audiences to relate to. With Made in Britain we are trying a more experimental and participatory approach, giving up, or sharing, some of that control with the people we work with locally.

This is the continuation of a long journey that goes back to creating the Anywhere but Westminster series with John Harris a decade ago. That was about hearing from communities that did not have a voice in modern politics and how they were covered in the news. Out of that, en 2017 I did a mini-series called Made in Stoke-on-Trent that aimed to go further, spending a year following people in one place, and telling a more complex and multi-layered story. That series had such an impact, that myself and co-producer Bruno Rinvolucri wanted to follow it up in other places and make the collaboration element deeper.

We began looking for people in Doncaster, and I met Rachel – an artist, the daughter of a coal miner, and the founder of a magazine called Doncopolitan. I thought she was fascinating. But her reaction was “I don’t want to be your subject”. With that, she effectively became a co-producer. I had secured funding from the Joseph Rowntree Foundation and the Paul Hamlyn Foundation, so that we could pay Rachel and other people we collaborated with, and provide some training and mentoring – leaving skills behind with people who are under-represented in media production.

We had just started production when the coronavirus pandemic hit and threw our plans up in the air. We were not able to work in the way we wanted, but it also forced us into new ways of working – using mobile phones, online tools and mixing these with on-the-ground filming when possible. The resulting film is very different from what we set out to make. It is the result of constantly adapting what we did, working with a small but brilliant team of local contributors, and a collective determination to see the film finished.

Trust in the media is low, you only have to walk around with a camera for a day to know this. For many people the big media organisations can seem like distant power. As a career choice it feels out of reach and, as a powerful tool in telling stories, it is something that happens a them, rather than con them. At the same time people have social media, and carry round a mini TV studio in their pockets. So there is a gap there, a disconnect. And it is also an opportunity to empower and involve people.

There is also the effect of the pandemic, forcing many of us to retreat further into our bubbles, and making it harder to do the kind of face-to-face, in-depth journalism that helps build understanding and empathy. But the need for good storytelling about the challenges we face, as well as the solutions, is greater than ever.

Everything takes longer working like this. Making sure people feel heard and respected, especially when working remotely, is very hard work for all involved. And gaining the trust of people who have been mis-represented is also important. But once you do that, it opens up so much passion, positivity and creativity within everyone we have worked with across the whole project. I think this is only the tip of the iceberg regarding what is possible. Community filmmaking has a long and interesting history, but with the tools now available to us, and a generation of people who have grown up creating “content” with them, it is an exciting time to be exploring the possibilities.

Future episodes are in early stages, and will involve a diverse range of places and people across the country. Broadly speaking we want to examine the big social challenges facing communities coming out of the pandemic: insecurity, poverty, inequality, and the ways in which people are fighting back. We have a core team at the Guardian that also includes Lindsay Poulton as executive producer, and Maeve Shearlaw, a producer, and by bringing togetherpeople in communities who have experience of those issues, we hope to capture this period of history in a responsible and authentic way. We also want to produce work that informs the debate about how we rebuild society post-pandemic. Finalmente, we want to contribute to a growing movement exploring new ways of doing journalism, one that focuses on local and diverse voices, and good storytelling, rather than divisive opinion-driven formats. Lots of people are working hard to drive change, including projects we have been working with such as Doncopolitan in Doncaster and the Elephant’s Trail project in Bury, Gran Manchester. It also needs funders, people with skills, power and expertise to share them, as well as the support and backing of you, the audience. More traditional forms of video journalism still have a key role – and Anywhere But Westminster is still going strong. But we will keep learning from these other experiments to improve how we do all of our work.