Macron v Le Pen: who are the candidates in the French election runoff? 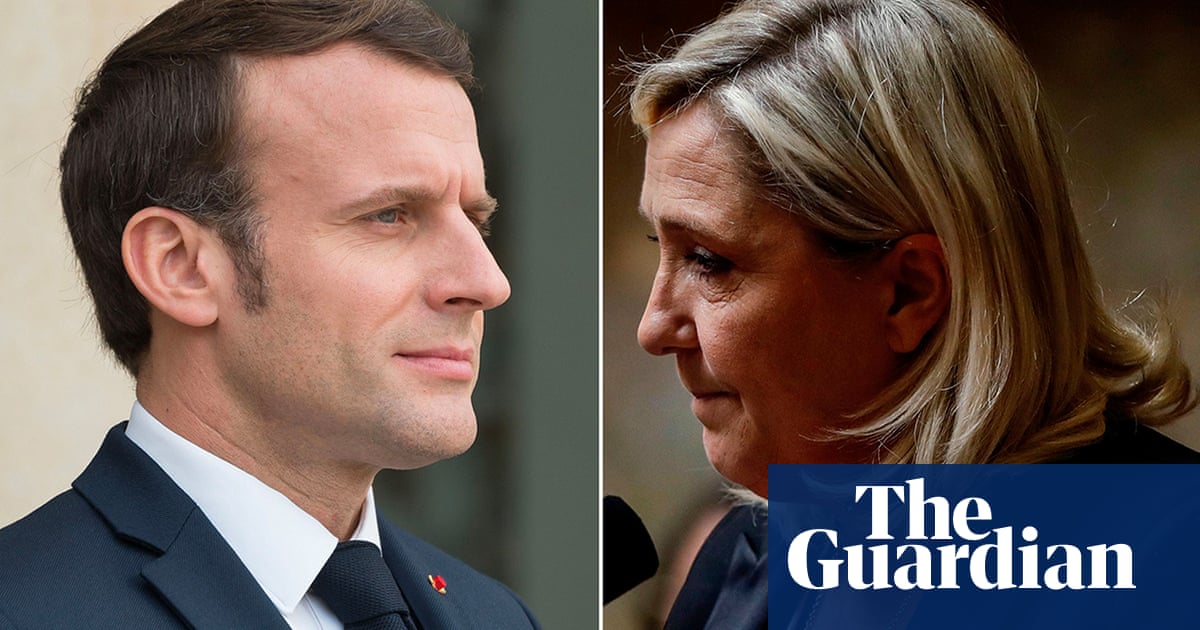 Centrist Emmanuel Macron and the far-right Marine Le Pen are through to the second round of the French presidential election. Who are they and what do they stand for?

Macron, 44, came to power in 2017 as France’s youngest president, pledging to redraw the political landscape with a pro-European, pro-business platform described as “neither left nor right”.

He loosened strict labour laws and began what was seen as the biggest overhaul of France’s social model and welfare system in modern history, starting with tightening unemployment benefits.

Macron, campaigning to become the first French president to win re-election in 20 years, says he has reduced unemployment to its lowest level in 15 years and that he could now bring France to full employment after decades of joblessness. He says that for the first time in 30 years, France is opening more factories that it is closing.

He has promised to gradually raise the pension age from 62 to 65, an unpopular measure. Macron argues that it is necessary to keep the pensions system afloat. He has said he would raise minimum pensions to €1,100 (£920) a month and continue cutting taxes for businesses and households, including scrapping the licence fee for public service broadcasting. He would also centralise the benefits system. His promise that unemployed people on certain benefits must undertake 15-20 hours of activity a week has also sparked controversy.

Macron began campaigning relatively late, saying he was instead engaged in diplomacy on the war in Ukraine. He is viewed in polls as trustworthy on handing crises. During the Covid pandemic, he turned to state interventionism and vast public spending to protect companies and households, boasting of “nationalising wages”, which the public backed.

But although Macron has attempted to highlight his past social measures such as halving class sizes in primary schools in deprived areas or increasing paternity leave, he has struggled to shake off his image as aloof and a “president of the rich” – a label that has stuck to him since his first moves to transform the wealth tax into a property tax and cut corporate taxes.

Le Pen, 53, is a far-right member of parliament for part of the Pas-de-Calais, in north-east France. This is her third attempt to become president; she lost to Macron in the final round in 2017.

In 2011 Le Pen took over the anti-immigration, far-right Front National from her father, Jean-Marie Le Pen. She set about trying to sanitise its image from the jackbooted overtones of the past, though her political opponents argued that the party remained racist and xenophobic. In 2018 Le Pen renamed the party the National Rally, seeking to get rid of the martial imagery and broaden its appeal.

Le Pen has focused her campaign on the cost of living crisis, which is voters’ top concern. She has vowed to lower VAT on fuel and energy from 20% to 5.5%. She would scrap income tax for everyone under the age of 30. She has promised to renationalise motorways, scrap the TV licence fee and privatise public service broadcasting.

Le Pen has vowed to ban the Muslim headscarf from all public spaces, including the street, calling it a “uniform of totalitarian ideology”. She said: “People will be given a fine in the same way that it is illegal to not wear your seatbelt. It seems to me that the police are very much able to enforce this measure.”

She has promised a referendum on immigration, which she says would lead to a rewrite of the constitution to ensure a “France for the French” – where native French people would be prioritised over non-French people for benefits, housing, jobs and healthcare. She would remove the right of children born in France to foreign parents to obtain French nationality in their teenage years.

She has dropped her previous promise to leave the euro and quit the European Union, but has vowed to cut French EU budget contributions and renegotiate treaties in a way that her opponents say would lead to France being isolated or cut out of the bloc.