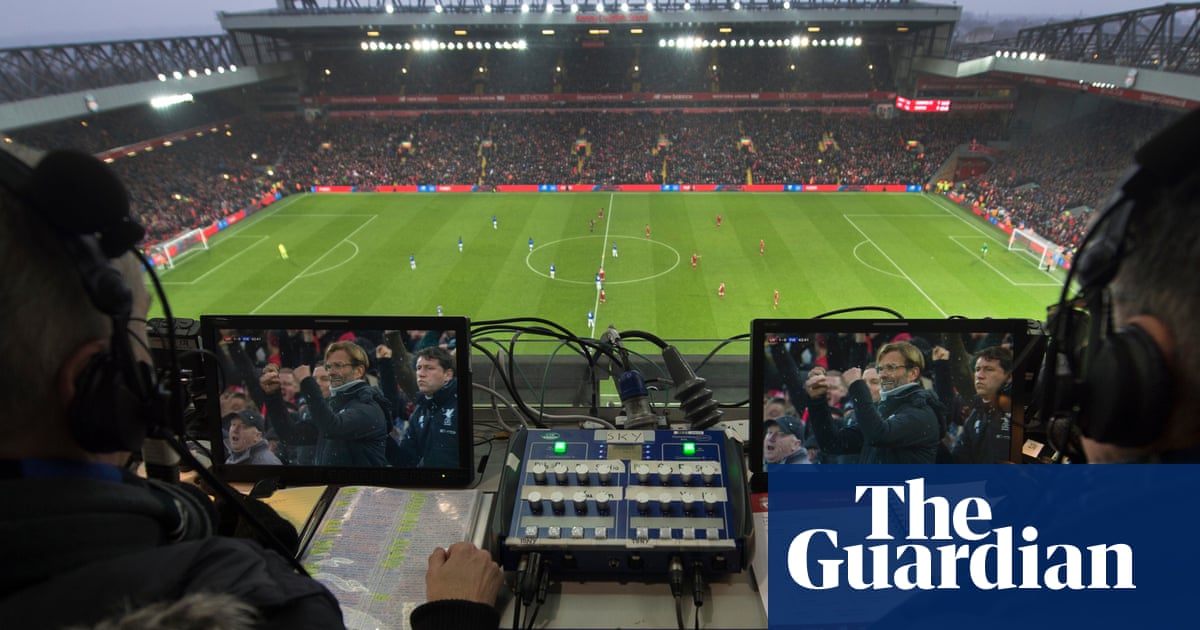 John Murray, the football correspondent for BBC Radio 5 live, sits in his office, surrounded by lined A4 paper. By his side, two one-foot piles of it constitute the notes he has prepared for commentary so far this season. There are far more in his collection. He knows that, tucked away in a box somewhere, he will find notes from one of his most memorable early matches, in 1992, when he commentated for TFM radio on Middlesbrough’s game with Wolves. On that sheet, in small but legible blue biro, will be the names of Jon Gittens and Paul Wilkinson, whose goals at Molineux sealed Boro’s promotion into the Premier League.

His note-taking method remains the same as ever – a handwritten spreadsheet, with the two line-ups appearing in separate columns, and each player designated a rectangle in which statistics and snippets of information about them are populated. The work isn’t complete until Murray has the team’s formations, then at full time he adds the final score.

Over the years he has recycled some of his notes, just to save space. “I’m going to have to have another clearout soon,” he says, as he catches sight of his notes from the 2002 World Cup. “What am I keeping these for?” he asks, but they will survive the cull, as will all notes he has made from international tournaments.

Match notes have a practical use but, as Talksport’s Ian Danter explains, their purpose isn’t a licence to show off. “Refer to them too much and your commentary suffers,” he says. Like Murray, Danter has stacks of notes going back to his first game in 1999, commentating on Walsall’s match with Chesterfield when he worked for Capital Gold and BRMB. “I may only use 10% of the notes I’ve made,” he says. “The trick is knowing what to add.”

For example, in preparation for this season’s FA Cup tie between West Ham and Doncaster, Danter noticed two of the current squad – Mark Noble and James Coppinger – played in the last fixture between the two clubs in the Championship nine years ago. That’s the sort of nugget he looks for. “Sometimes you don’t need your notes,” he adds. “But that doesn’t mean you don’t need to prepare them.”

Kris Temple concurs with that. As the FA’s stadium announcer for Wembley, and a BBC Radio Solent commentator, he was grateful for having done his homework recently. During lockdown, Bournemouth showed some classic games online, including their 8-0 win at Birmingham in 2014. The club had the 90 minutes of footage, but no commentary. Having done radio commentary on the game, Temple found his match notes from his archive, saving himself significant time of having to re-research the fixture. He then recorded his commentary of the goal-fest from the comfort of his lounge one weekday afternoon.

Record-keeping is a necessary prerequisite of a commentator’s job, although the habit is deep-rooted with some. As a young goalkeeper, Murray kept a scrapbook of his team’s results, continuing into his days at the University of Wales Trinity Saint David, where he would play the likes of Cardigan and Maesglas.

Peter Drury empathises with this. On the telephone he is as enthusiastic talking about the game as he is describing it on television. He confesses to having every set of notes he has ever made over the last 27 years. Describing himself as a scribbler, Drury’s attic is filled with boxes of his match notes. The question is why? “The previous season’s notes are always of use,” he says. But before that? “I tell myself they could be of historical interest, but I know I’m kidding myself.”

Having gone through the possessions of both his late parents, Drury knows what awaits his three sons. His advice to them on what to do with his notes when he is gone? “Burn them,” he says. Not that Drury could bring himself to light the match. He could pick out notes from Coventry v Ipswich in 1994 and not remember Sean Flynn’s winner for the home side, but can recall what was happening in his life at the time.

“For me,” he says, “keeping the notes is a way of saving yourself from admitting that football is so transient.” So often, commentators’ note collections are anything but that, representing handwritten love letters to their craft and the game itself.

Re your feature on As You Like It with CBeebies at the Globe theatre in London (‘I’d crawl over broken glass to work here’: CBeebies take on Shakespeare, 9 August), when I was a primary teacher at a small school, we w...

Re your article on the lack of enforcement of environmental protection laws in regard to British rivers (Sewage sleuths: the men who revealed the slow, dirty death of Welsh and English rivers, 4 August), I’d suggest t...