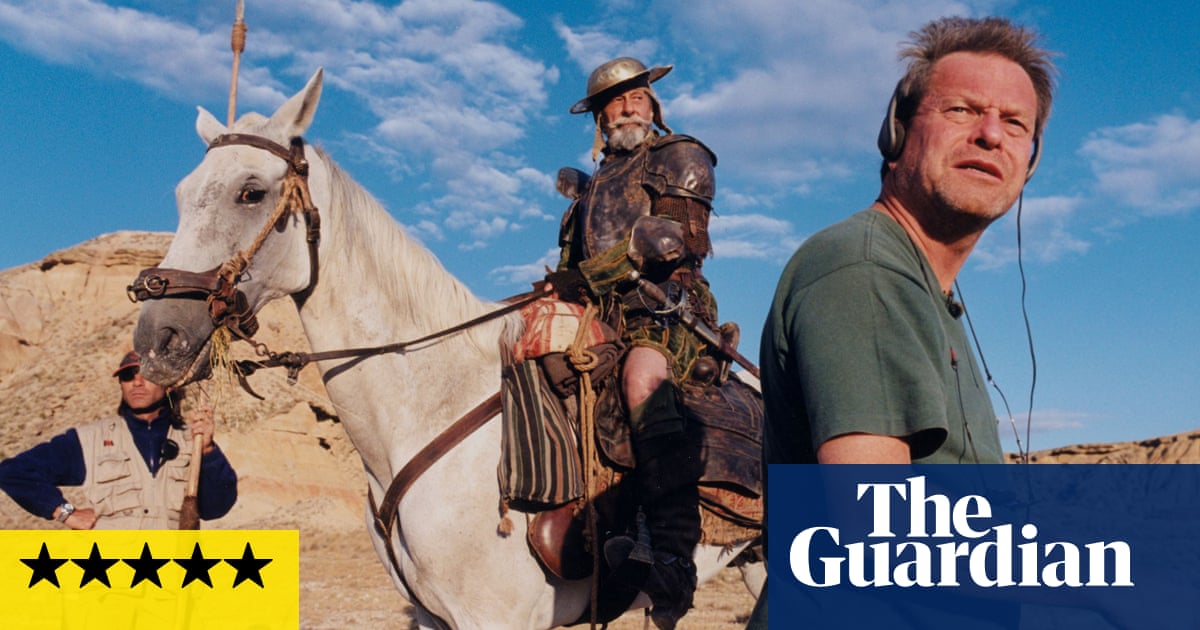 The creative heroism of Terry Gilliam is saluted once again in this 20-year-anniversary rerelease of Lost in La Mancha, the documentary by Keith Fulton and Louis Pepe about Gilliam’s incredible ordeal in the late 90s in trying to make a movie version of Don Quixote: a salutary warning about the physical and mental nightmare of independent film-making. Gilliam’s leading man, veteran French star Jean Rochefort, suffered a herniated disc midway through shooting and was unable to carry on, dealing a death blow to an under-funded, over-ambitious production already traumatised by biblical floods that swept away their equipment in the Spanish desert, Nato jets overhead which ruined the soundtrack, and insurers who wouldn’t pay out on Rochefort’s illness and became the obstructive legal owners of the script by Gilliam and Tony Grisoni.

When I first saw this movie, I felt that there was a kind of perfect poignancy in Gilliam’s Quixote never getting made and existing only in his head – but Gilliam proved me and all other doubters wrong by finally getting it done in 2018 with Jonathan Pryce and Adam Driver in the leading roles. If it wasn’t quite the masterpiece we hoped for, it was still an entertaining and affecting piece of work. In the years since the documentary was made, we have lost Rochefort; he died in 2017, having had a busy career after the Quixote debacle, but who probably owed his life to Quixote’s conscientious first AD, Phil Patterson, who was reluctant to force him to risk his health, and emerges as this documentary’s quiet hero. There is also veteran French producer René Cleitman, who died in 2004: seen here delivering that remarkable speech to his glum crew about “the fragility of the human being and the fragility of cinema itself”. Gilliam’s Sancho Panza Johnny Depp has seen his own reputation damaged these days but Gilliam himself, though skirmishing a bit in the culture wars, carries on. It’s a documentary that should be shown in all film schools.

Three generations meet in Sigmund Freud’s study at 20 Maresfield Gardens, London. Lucian Freud’s painting of his mother, Lucie, hangs over his grandfather’s famous consulting couch. The woman lies as if floating in sp...

Hello, Goodbye and Everything in Between review – charming Netflix romance