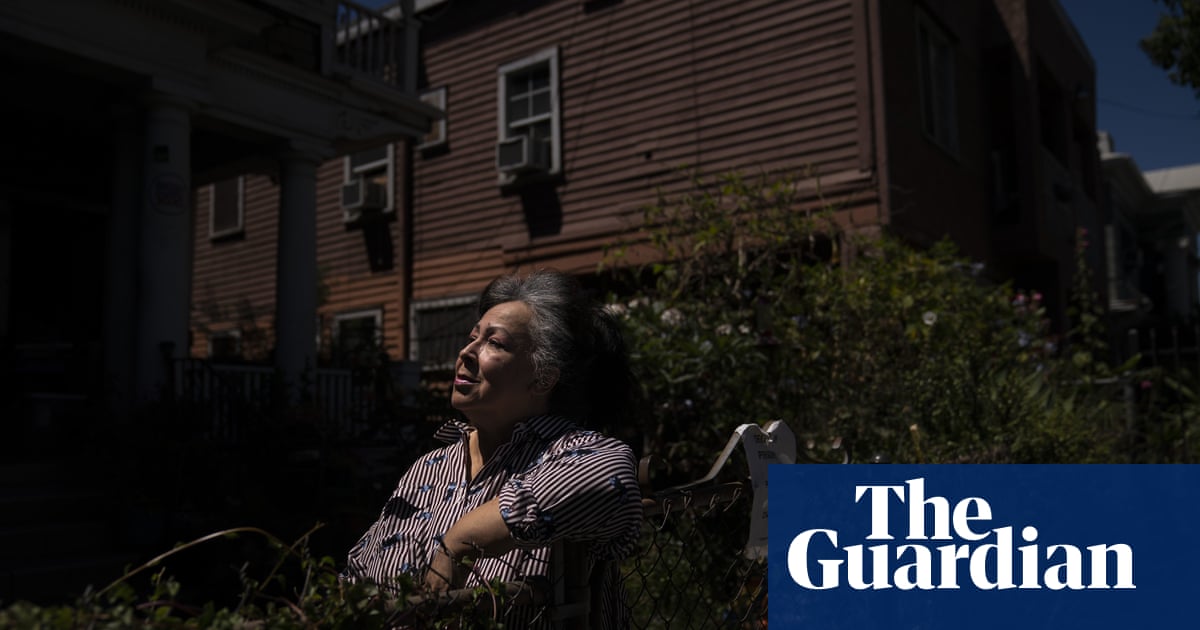 The University Park neighborhood of Los Angeles has a lot in common with urban areas across the US: a dense population with lots of businesses and housing. A cluster of car dealerships. A row of restaurants. Schools and a community center.

But nestled in the predominantly Latino community is something rarely found in urban areas outside California: an oil field.

Pat Diaz, a 65-year old activist and University Park resident who grew up near a busy intersection, has felt the presence of the field since she was a child. She remembers the basement of the family home that she now owns smelled like tar and her mother used to get spontaneous nosebleeds and persistent headaches.

When Diaz moved back to the neighborhood as an adult in 2009, she says she developed a chronic cough and lost her sense of taste. After comparing notes with neighbors in 2011, she realized such ailments were a widespread problem that residents blame on living near oil fields, most recently operated by AllenCo Energie.

After a decade of complaints from residents like Diaz, the Los Angeles city council is expected to vote as soon as next week on a measure that would ban new oil and gas wells in the nation’s second most populous city and phase out existing wells over a five-year period.

The AllenCo Energy oil wells are just a few among hundreds located in Los Angeles, which has the country’s largest concentration of urban oil fields. There are approximately 1,000 active or idle wells in the city, according to a city controller’s report citing data from the state Division of Oil, Gas and Geothermal Resources.

Los Angeles doesn’t have pumpjacks dotting a desolate desert like western Texas. Its oil and gas operations are near places where people live and gather. The AllenCo Energy facility is less than a 10-minute drive from the University of Southern California, Los Angeles Memorial Coliseum, the Natural History Museum of Los Angeles County and the Shrine Auditorium.

“We got involved because we were hearing from communities that were experiencing health impacts because they were living next to these oil fields. And what we were finding was that in low-income communities and communities of color, we had less protections,” Arguello said. Her public health nonprofit is part of a coalition pushing for tighter regulation or elimination of oil and gas wells in the city.

Pollution from these facilities is associated with chronic health impacts, according to a study last year in the journal Environmental Research. USC researchers found people living near wells in Diaz’s neighborhood and nearby Jefferson Park reported significantly higher rates of wheezing, eye and nose irritation, sore throat and dizziness than neighbors living farther away. The researchers likened the respiratory harm caused by living near the oil fields to daily exposure to secondhand smoke or exhaust from a busy highway.

While it’s difficult to prove a direct connection, lead author Jill Johnston said the findings provide some validation of longstanding community complaints about health woes they attributed to the oil fields.

Diaz and her neighbors had been lobbying the city council, local agencies and the US Environmental Protection Agency to do something about the oil wells.

The Los Angeles measure was introduced by council members Nury Martinez and Paul Krekorian in December 2020 after years of complaints from residents about the impact of oil wells on their communities.

The effort to shut down the city’s wells is part of a region-wide movement to push oil and gas drilling out of Los Angeles county. In 2021, similar measures were passed to ban drilling in Culver City and unincorporated parts of the county.

The oil and gas industry opposes moves to rid the region of drilling, saying that would raise gas prices, eliminate jobs and make the area more dependent on foreign oil.

Rock Zierman, chief executive officer of the California Independent Petroleum Association, an industry group that represents nearly 400 oil and gas companies, said there will probably be a legal challenge if the measure passes and that the change would constitute an “unlawful and uncompensated taking of private property”.

“We’re an energy island,” said Ray Watson, an industry worker who spoke at a recent city council meeting. “There aren’t any magic pipelines that run anywhere else in the United States to California to supply oil. It’s going to come on dirty supertankers from despotic regimes like Saudi Arabia if we don’t produce it here.”

If those proposed rules become state policy, existing wells would be required to enact new pollution controls, not shut down. The measure before the Los Angeles city council, egter, would phase out oil and gas drilling entirely.

Javier Martinez, who lives three blocks from the AllenCo Energy oil field, applauds efforts by the California governor, Gavin Newsom, and others to phase out and ban oil and gas extraction.

When the AllenCo Energy site was active, fumes from the pump jacks would make nearby streets “smell really bad … like something had been burnt,” Martinez said, adding that he and neighbors would complain of nose irritation. “The problem here is that it is affecting people’s health and that people live close to the wells.”

Attorneys for AllenCo Energy say they don’t think the wells are causing health problems for residents. “Not one gallon of oil has come out of that site since 2013, yet the neighbors complain of headaches and nosebleeds,” said Carmen Trutanich, one of the company’s attorneys. “Strikes me as perhaps there may be another reason for what’s going on out there.”

Diaz said she is trying to decide whether to sell her childhood home and move. It would be “wonderful” if the city shut down oil and gas drilling, sy het gese, noting that the neighborhood has already tasted life without the oil wells operating.

The AllenCo Energy wells have been idle since Environmental Protection Agency inspectors were sickened by fumes at the property in 2013. Diaz said the air has improved, her coughing stopped and her sense of taste returned. AllenCo Energy attorneys said they no longer have interest in extracting oil from the site.

Despite the closure, the USC study found people in neighborhoods near oil wells reported negative health impacts as recently as 2019. And the city brought criminal charges against the company in 2020 for allegedly failing to properly abandon its wells. Attorneys for AllenCo Energy maintain the city and the Catholic Archdiocese of Los Angeles, which owns the land, are responsible for properly shutting down the site.

City officials say the Los Angeles oil and gas sites will probably need years of remediation to avoid contaminating the community. And even though only a few hundred jobs are connected to the sites, people like Diaz, a former labor organizer, want to see those jobs replaced.

“I really believe that if they do transitional education, that they’ll find jobs,” Diaz said. And while she’s worried about gas prices rising from a ban, she said it’s a temporary inconvenience.

“We have to stop using fossil fuel. We’re hurting the Earth," sy het gese. “We have to sacrifice today for the kids of tomorrow.” 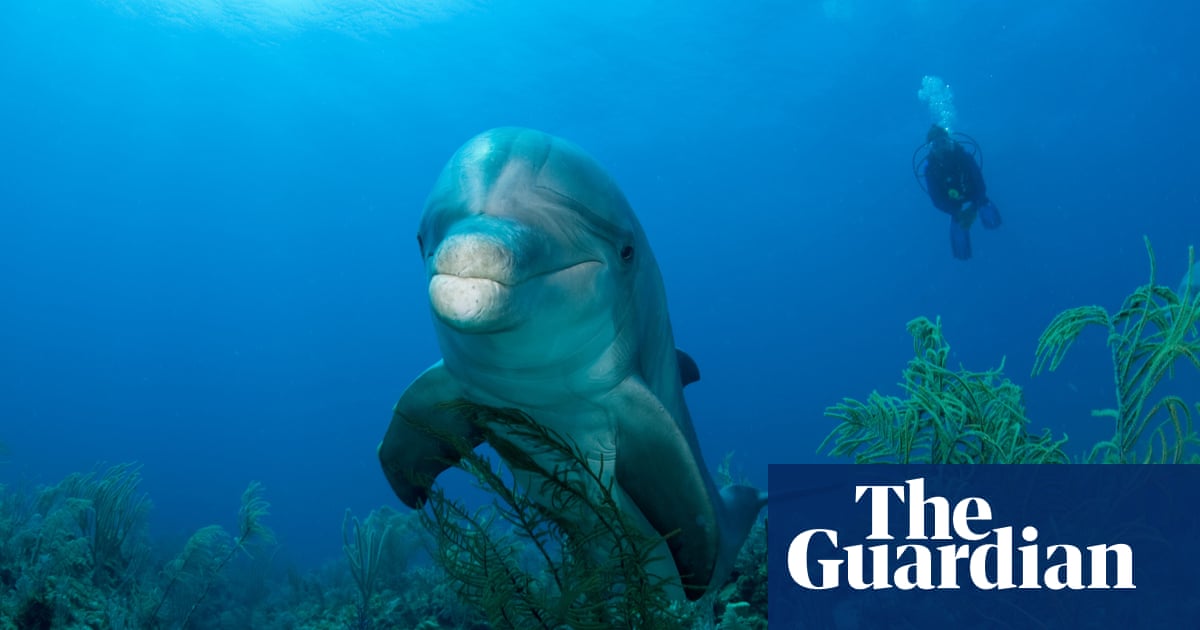 Pharmacy in the sea: Dolphins ‘use coral as medicine for skin ailments’

Who doesn’t like a bath scrub? Dolphins definitely do: they are known for being clever, playful, tactile animals, and they like to rub against rough surfaces, nap in coral beds and soak on sponges like guests at an un... 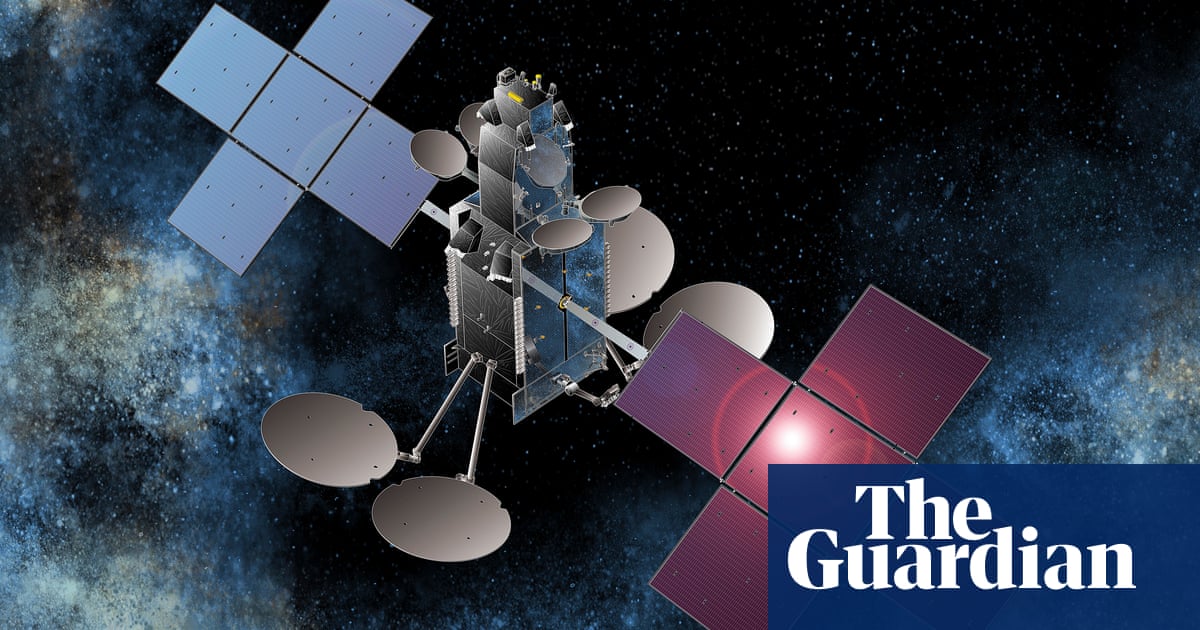 A micrometeorite slamming into a satellite was the likely cause of a seven-hour outage for NBN Co internet users in December, a Senate hearing has been told. Oor 46,500 of NBN Co’s 112,000 satellite users in regiona... 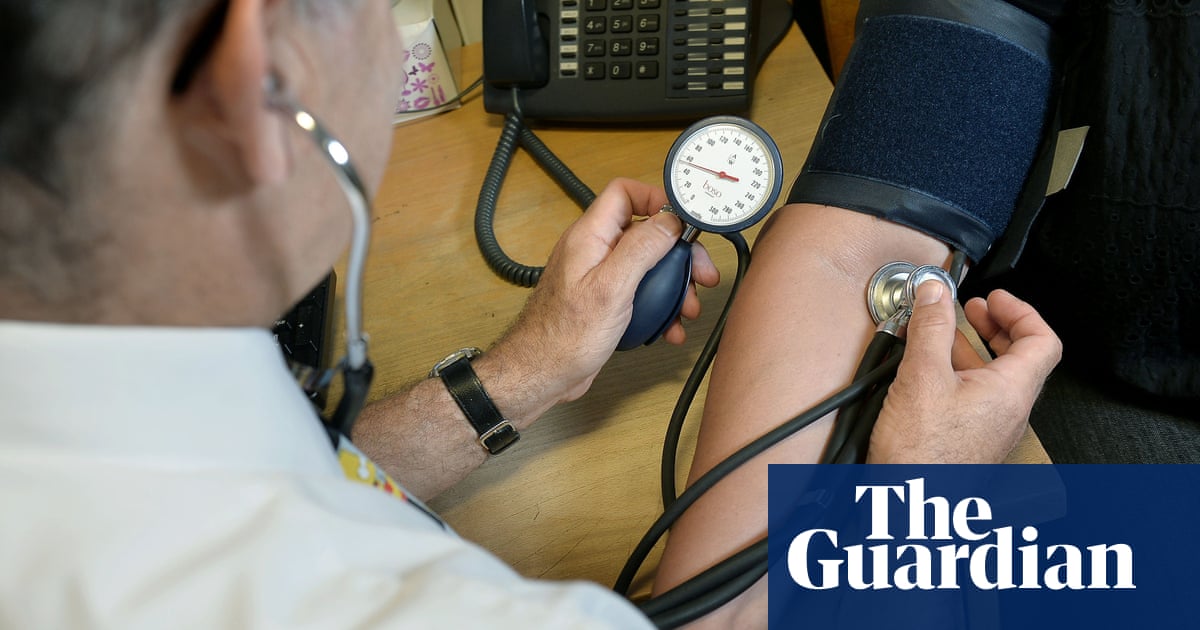 Having two or more chronic health problems in middle age more than doubles the risk of dementia, according to a study that researchers say underscores the importance of good health earlier in life. Meer as 900,000 p ... 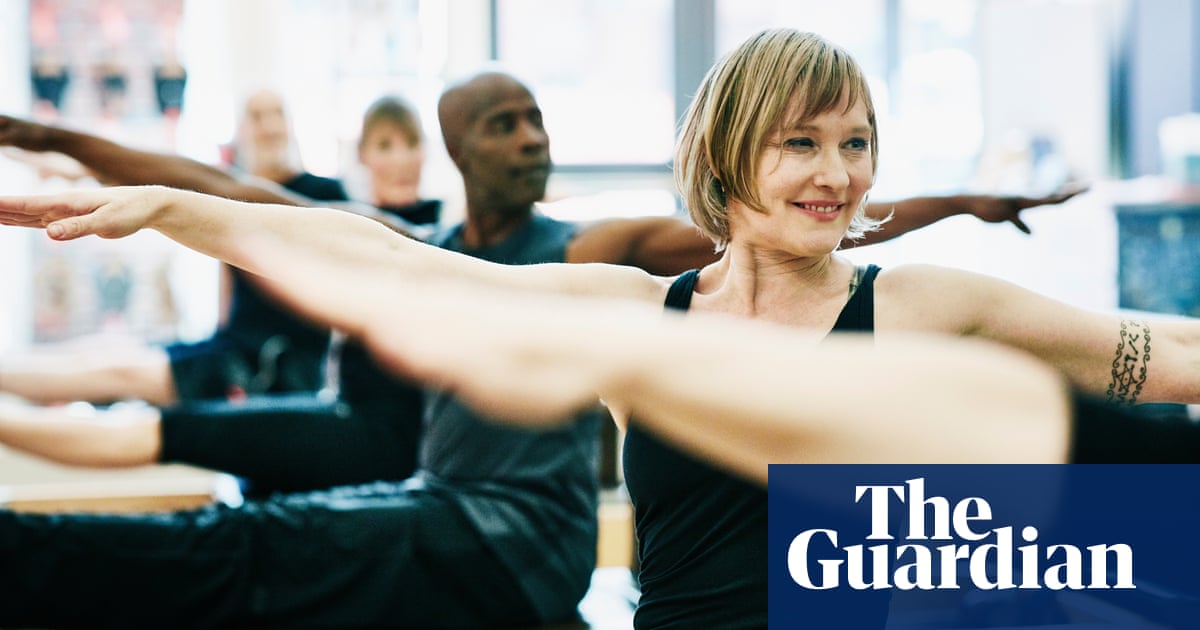 How to move: with chronic back pain

Back pain is the most common form of chronic pain, met omtrent 4 million people living with it in Australia. The most effective way to manage chronic back pain is with a multidisciplinary approach, of which exercise is... 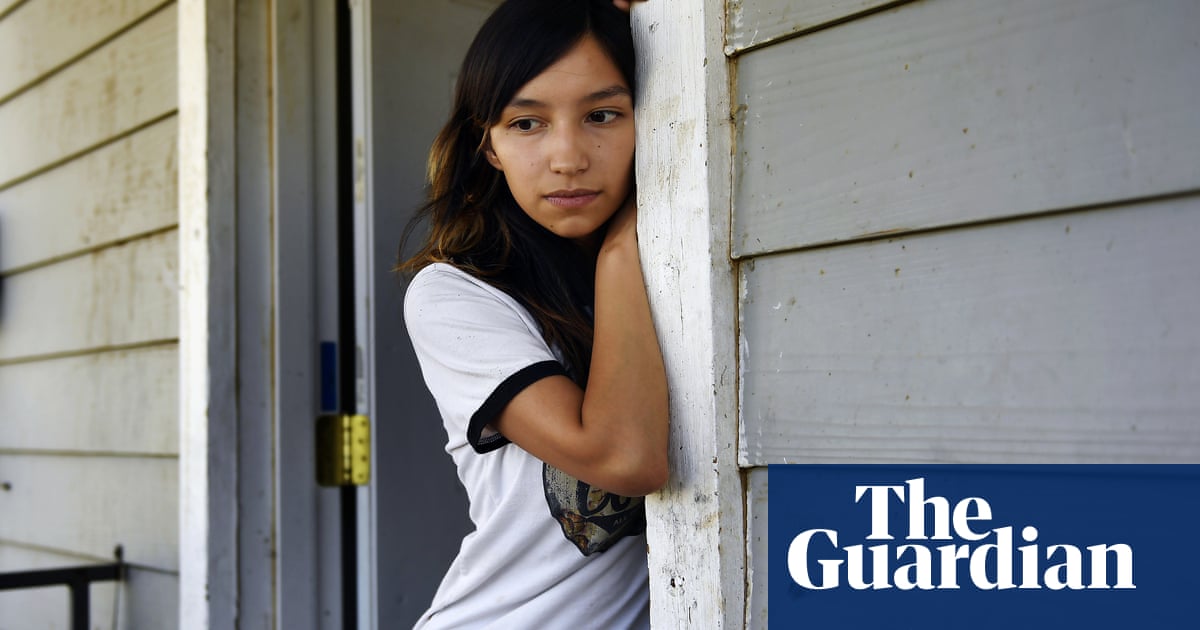 Amid the Covid-19 pandemic the president of one of the largest Native American– run non-profits has warned that health and economic disparities are still seriously affecting Indigenous communities, despite some progre... 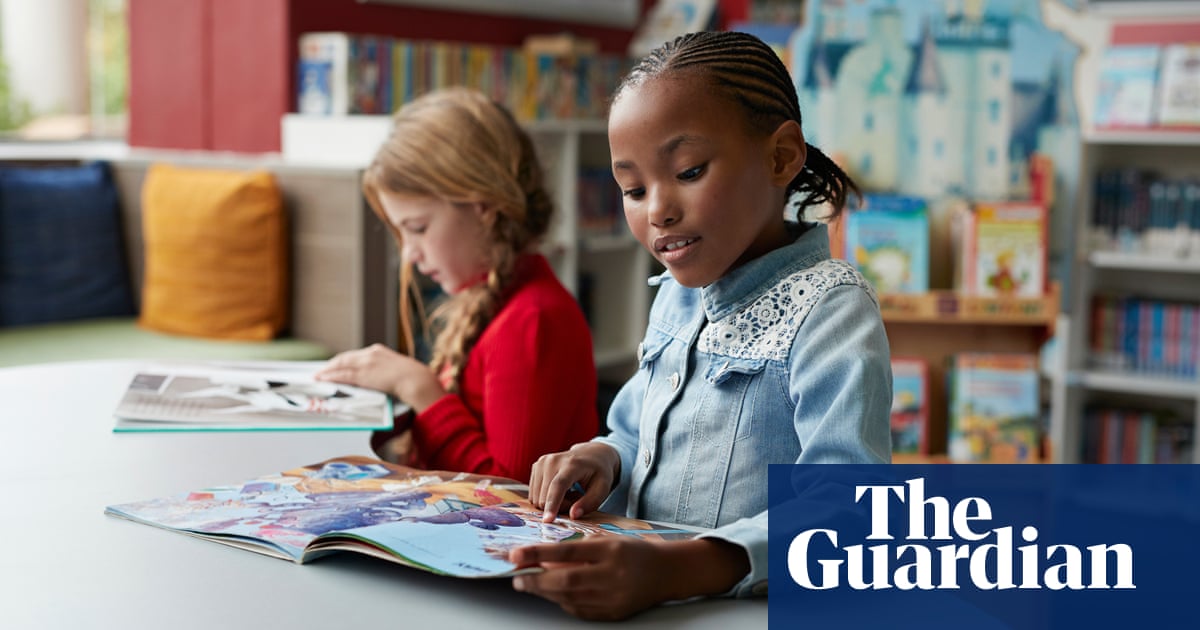 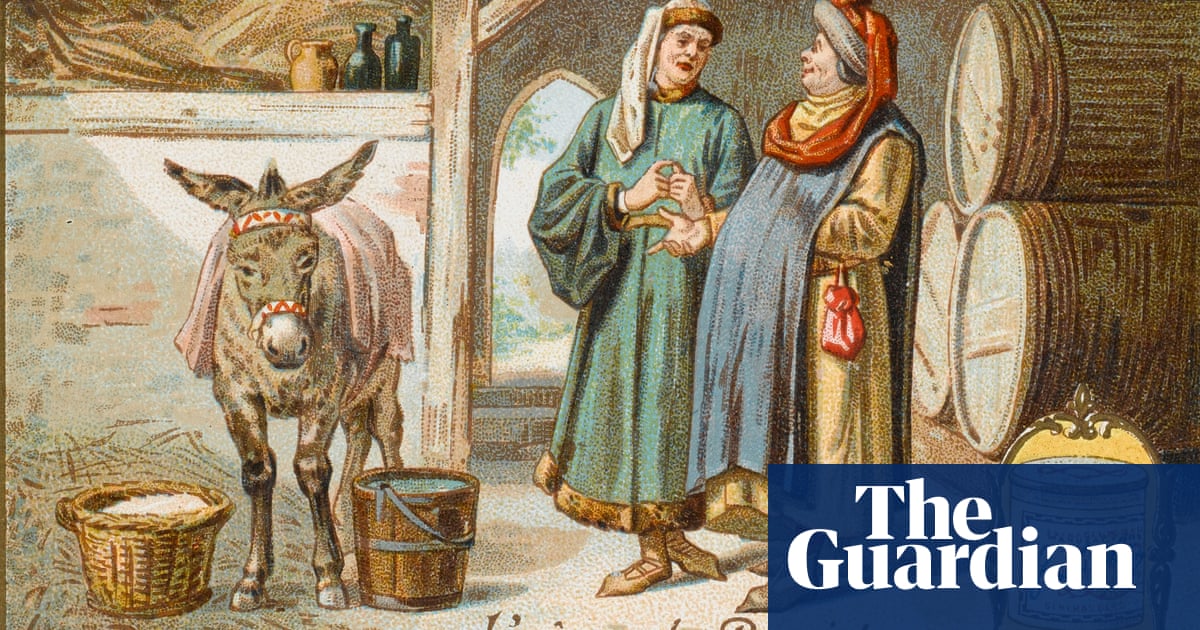