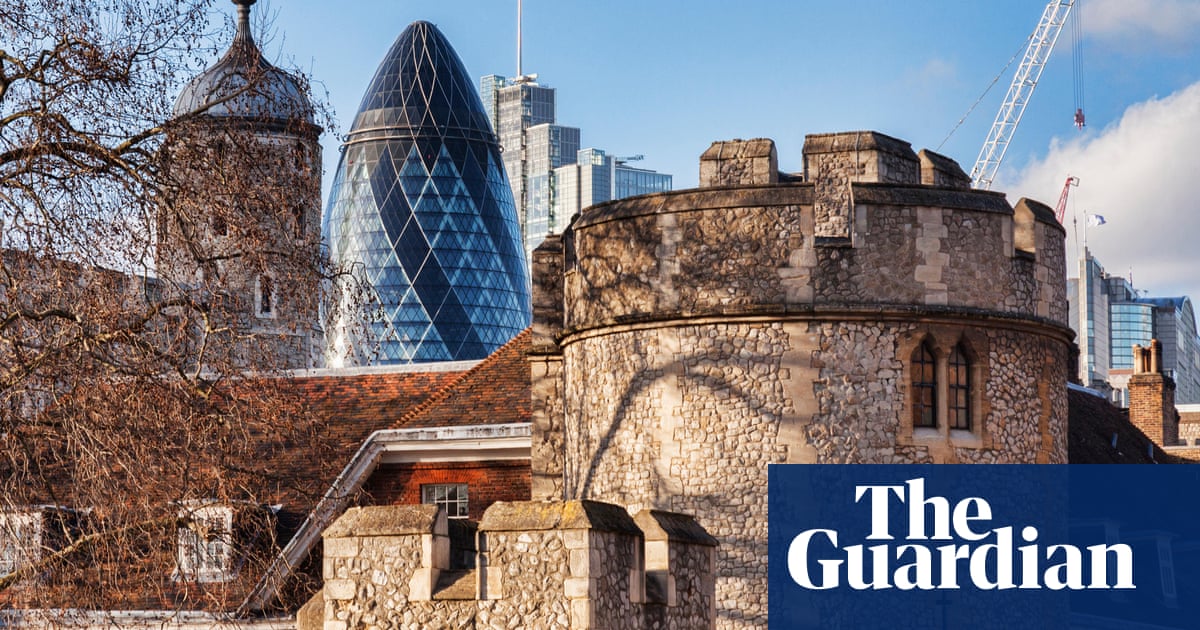 If you love London but live elsewhere, it is an emotional experience to read a book that immerses you deep in the city after a year of enforced estrangement. To reacquaint myself with the place via this spirited account of its past and present left me amused, wistful, energised and happily reminded, as I sat in Norwich in a state of lockdown ennui, of the sensations a metropolis instils: awe at its flux and complexity, warm detachment on walking unfamiliar nocturnal streets where a thousand lit windows hint at other lives, fascination at the countless historic buildings imbued with centuries of stories … Soon, soon.

Phil Baker eschews Dr Johnson’s overused observation about those who are tired of London and takes his cue from a lesser known one by James Boswell. Johnson’s biographer noted “how different a place London is to different people” and that it contains “the whole of human life in all its variety, the contemplation of which is inexhaustible”. Baker contemplates the multitudinous city from diverse perspectives to create a picture of depth and detail. His text has two sections: a spritely description of the capital’s development from prehistory to the present, then a ruminative study of its condition today. The chronology opens more than 100,000 years ago when, as revealed by fossil finds, hippopotamuses waded through what is now Trafalgar Square, but the story proper begins in Roman times. After Londinium came the Anglo-Saxon Lundenwic, a settlement by Strand (back then the river-shore its name suggests) that was succeeded by Lundenburgh. The suffixes denote the transition from a trading town to a fortified one, but a ghost of the “old wick” survives in Aldwych. By the late 19th century this little web of streets by the Thames had sprawled into the world’s first great metropolis, which gained around 40 miles of roads a year and had 5 million inhabitants. Two-fifths were of foreign descent: it always was a multicultural city, and even in Londinium residents originated from Greece, Germany and Spain.

The tour leads us between crammed pubs and hushed gothic cemeteries, through museums from the architect John Soane’s light-filled treasure house to the artist-curator Viktor Wynd’s tenebrous wunderkammer of grotesqueries and delights in Mare Street, via public spaces such as the “psychically squalid” Speakers’ Corner, to the forbidding steel and glass towers of the City. We see the debauchery of William Hogarth’s London and the uneasy blend of squalor and grandeur known to the Victorians. Their gaslit streets became a stage set for furtive characters: the pseudonymous “Walter” who detailed his thousand-plus sexual conquests in My Secret Life, the desperate waifs and crooks interviewed by Henry Mayhew, the stranglers who prompted fearful pedestrians to wear studded collars.

Along the way we glean a cornucopia of facts. We learn why a giant grasshopper hangs over Lombard Street, that local life expectancy decreases by a year at every tube stop running east from Westminster to Canning Town, and that the author and occultist E Nesbit burned effigies of suburban houses as they encroached towards her in Eltham. We see the London that was, the one that is, the one that might have been – Trafalgar Square built around a 22-storey pyramid, sewage-eating crocodiles introduced to the 19th-century Thames – and the one it seems determined to become: a hollowed-out, unaffordable city overlooked by a collection of absurd skyscrapers. The high-rises have shot up over the past decade since the then-mayor Boris Johnson applied the laissez-faire approach that governs his private life to the sphere of architectural regulation, creating a legacy whereby, Baker says, “on top of its three hundred languages, hubristic towers are making London the new Babel”. Gone is the smothering smog of the Victorian city, and instead streets are darkened by the shadow of buildings such as the immense 22 Bishopsgate.

Baker opens his second section by surveying London from the tallest of them all, before leaving the Shard to delve into the scene below in a vivid meander through its parks, graveyards, pubs and historic sectors. In a gentrified Whitechapel congested with Ripper tours and overpriced hipster businesses, he runs into the question that overhangs the entire capital’s heritage. When the all-pervading capitalism that powers a global city relentlessly co-opts it into a commercial sales pitch, what chance is there of retaining authentic character? The old London is gone, he says; it is “as if the song is over, but the melody lingers on”. We’re left listening for echoes, looking for ghosts, poring over books such as this one.

London: City of Cities is a stylish, glossy hardback with lavish colour illustration. Baker’s acknowledgements section features the usual admission that it may contain errors despite his best efforts. There are, alas, enough here to merit a warning. Baker repeats the false etymology that Charing Cross derives from the French chère reine; the name long predates the moment when Edward I erected a cross there in memory of his dear queen Eleanor. That king expelled Britain’s Jews in 1290, not 1291. An estimated 66 people died in the Balham tube disaster during the blitz, not 600. The winged statue commemorating Lord Shaftesbury at Piccadilly Circus is not shooting an arrow into the ground in a “shaft burying” visual pun – the sculptor, Alfred Gilbert, dismissed that myth. There are others besides. Approach this book like one of the long solitary walks through the city it describes: enjoy its spirit and energy, be captivated by its curiosities, remember to remain alert.